Profile of a Bad Check Writer 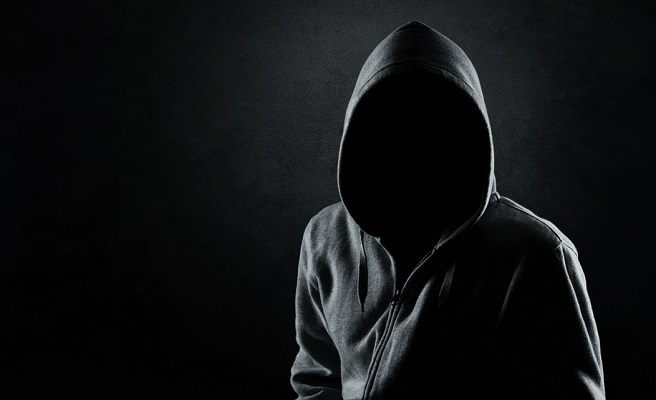 Businesses that accepts checks as a form of payment without a check guarantee service should certainly concern themselves with the question, “Who writes bad checks?” These merchants want to avoid accepting bad checks, and they can decrease the likelihood of doing so by better understanding who’s writing them and which check writer characteristics should be monitored.

The Lifetime Value of One Declined Check at Your Auto Dealership 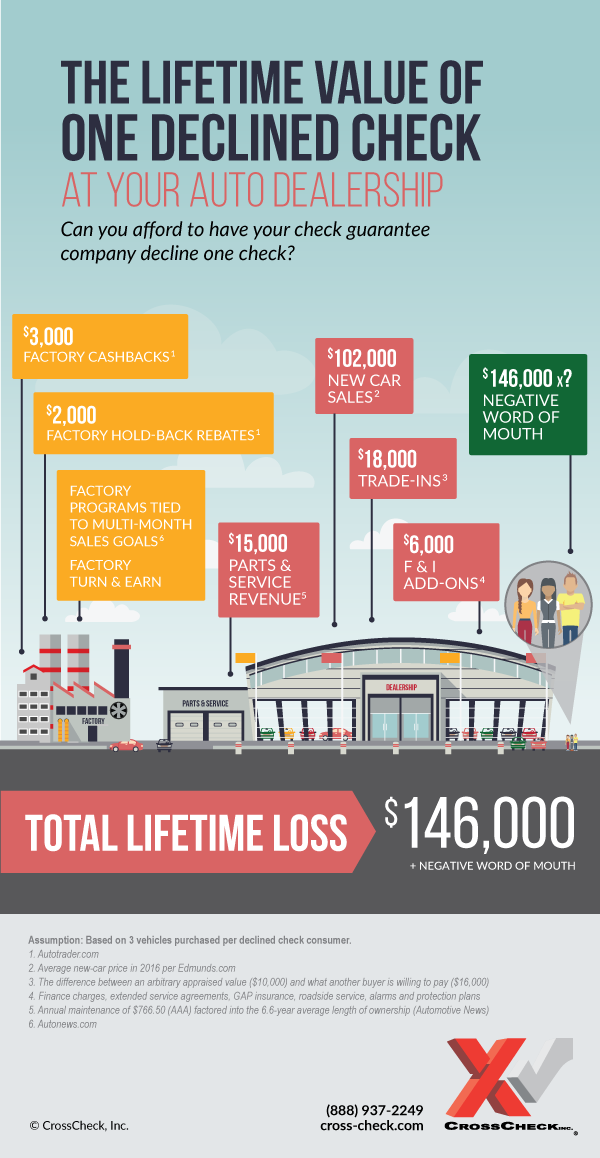 Many people prefer paying by check according to the 2016 Federal Reserve Payments Study. Checks declined by processing companies harm auto dealerships where losing a sale to just one declined check can have far-reaching consequences.

For example, one declined check for a downpayment could result in the loss of three sales equalling a total of $146,000 if several values are considered (see the below infographic). 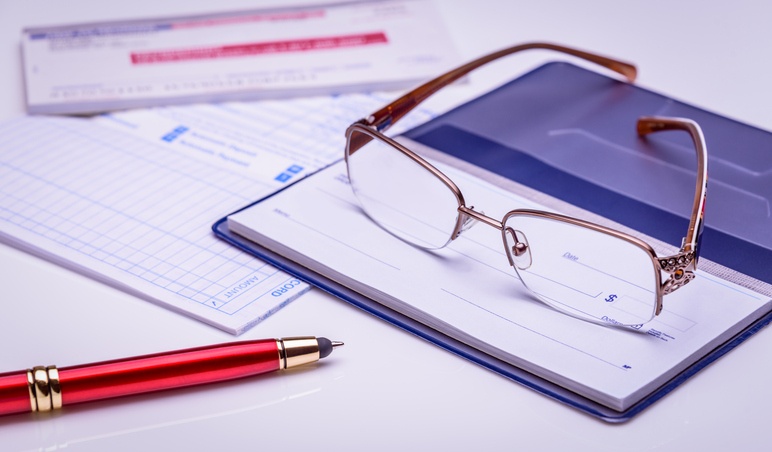 For most U.S. merchants, business checks remain the primary payment tool used in routine business transactions. Due to the constant threat of check fraud, it is crucial for owners of both new and established businesses to understand and identify the various forms of fraud. To better protect businesses, merchants may utilize the latest and most effective check security features offered by top business check printing providers.

How Do I Prevent Returned Checks? 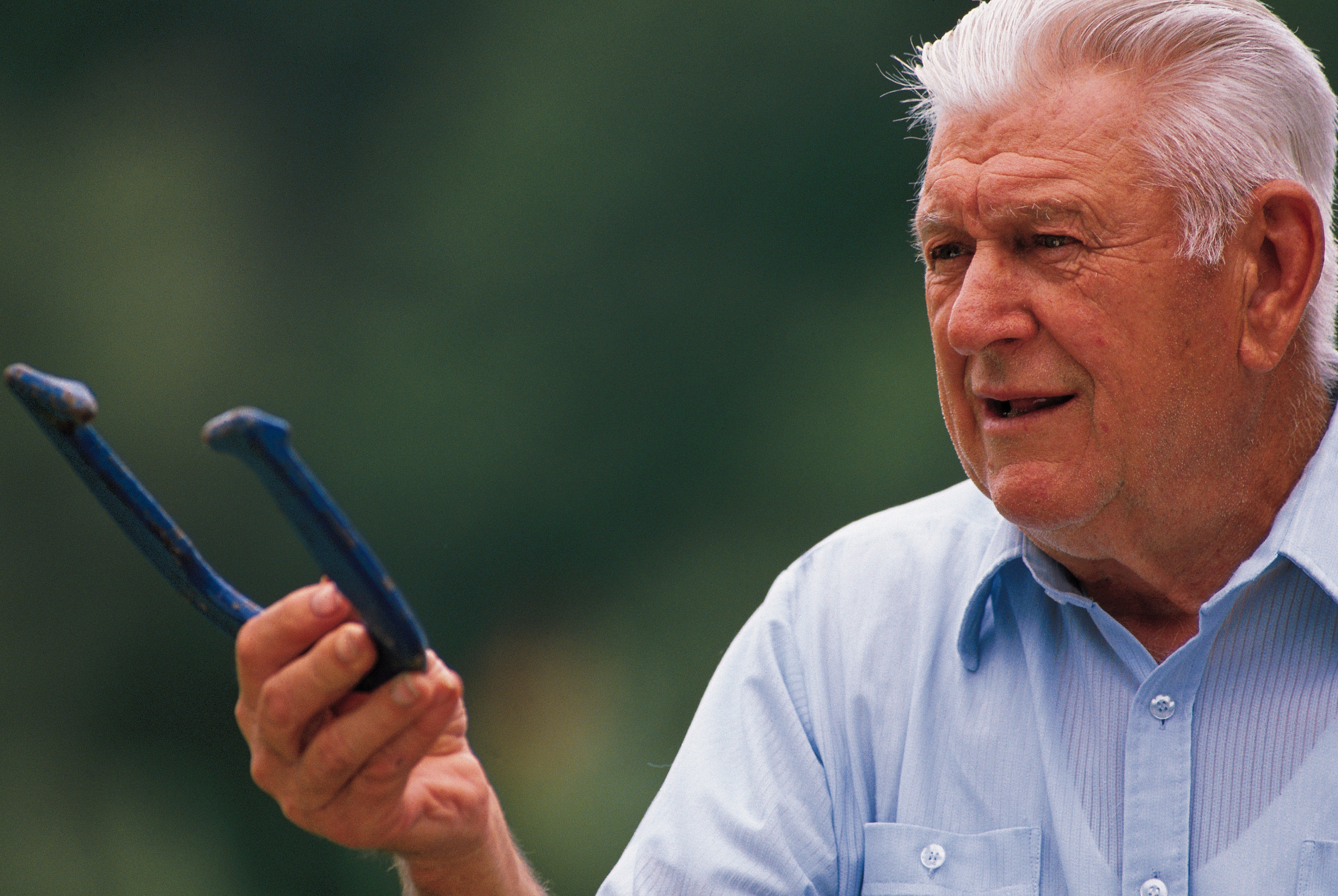 Americans love figures of speech and proverbs, especially those expressing a level of wisdom assumed by the speaker. Some people say “shoulda coulda woulda” while others believe “almost only counts in horseshoes and hand grenades."

“Good night and good luck” was introduced by Londoners bidding farewell the night before 1940 Luftwaffe bombing raids, and later assimilated by American radio legend Edward R. Murrow. That sense of finality, however, was best captured by Benjamin Franklin: “In this world, nothing can be said to be certain except death and taxes.” 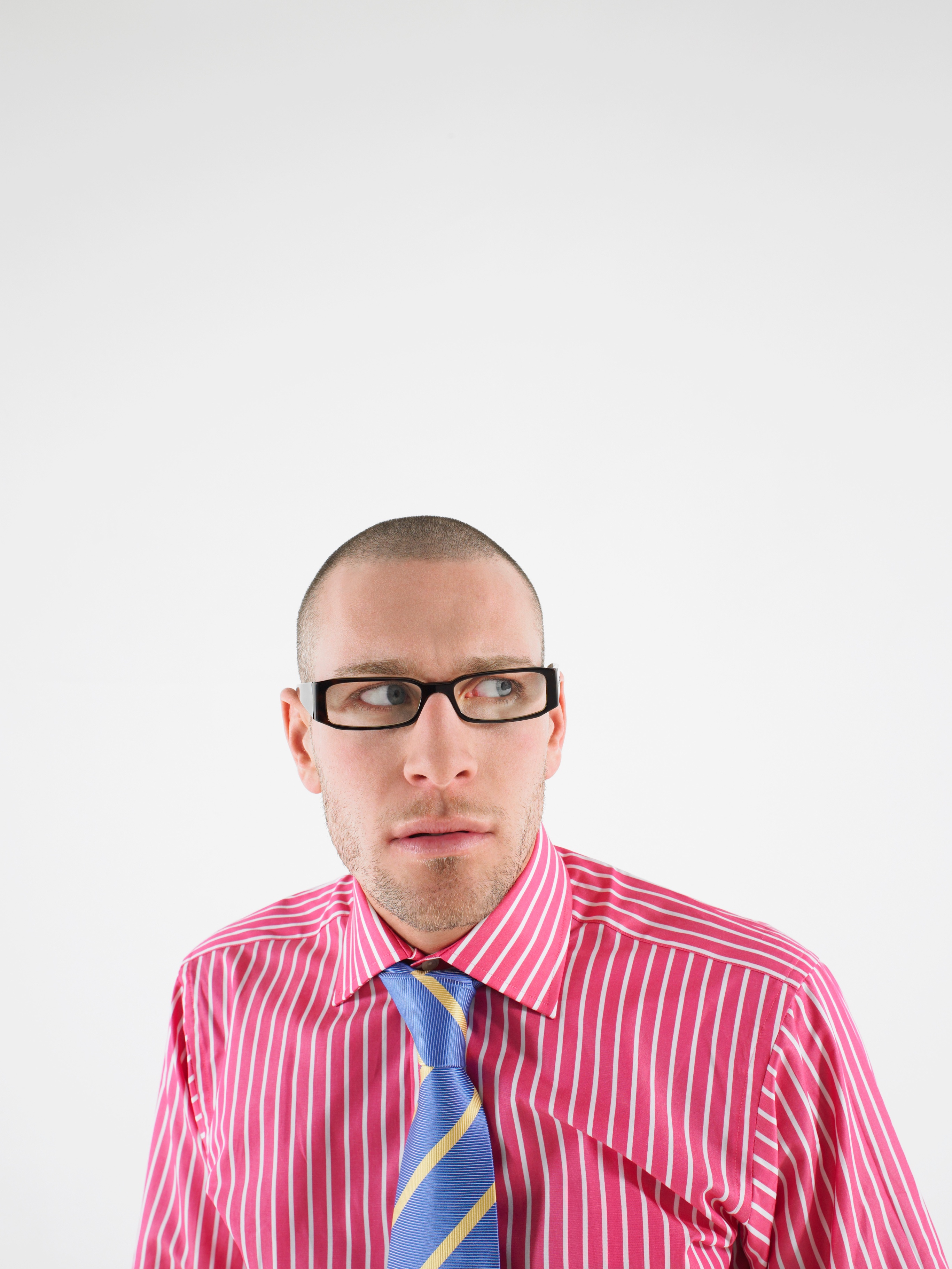 In 2012, a Chicago area man plead guilty to writing twenty-four worthless checks to auto dealerships, including ones in Illinois and Wisconsin that lost over $70,000. And he's at it again.

The Cost of One Bad Check

The Cost of One Bad Check

The Best Way to Handle the “Stop Payment” Risk 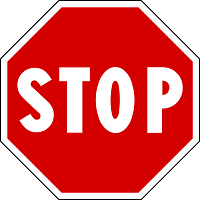 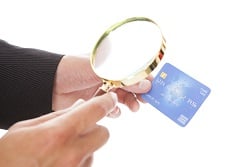 Have you ever been frustrated to get a red-alert email or call from your bank warning you of credit card fraud? I have, and while I am grateful for the precautionary steps the bank took in order to protect my account, it’s frustrating at the same time. First, because I was the victim of fraud. And second, because when they issue me a replacement card I have to re-save the new card information with all the online merchants I do business with.

Fake Check Challenge by CrossCheck - Let's Get Ready to Rumble! 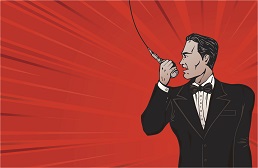 The lights go down and the crowd goes wild. Striding up to the mic, dangling in the spotlight hitting the center of the ring, the MC looks around intently until the crowd quiets just a little, giving him his cue: