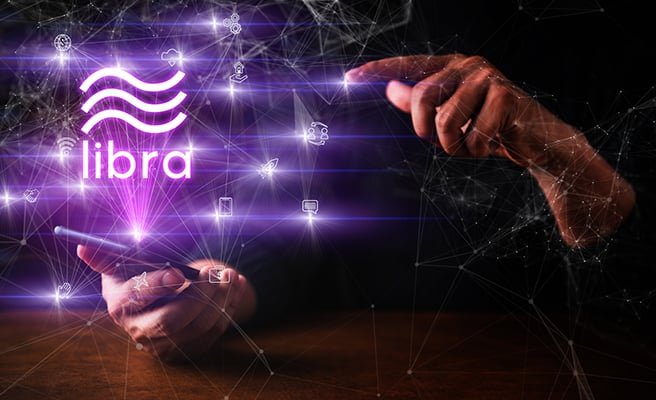 Recently Facebook made a big announcement. They are launching their own currency, hoping to go live in the first half of 2020. Actually, it is a cryptocurrency called Libra. They are developing a digital wallet to take the currency, called Calibra.

Facebook says that their goal is to bring a new type of digital payment to anyone with a smartphone, which some people say is the functional equivalent of an online digital bank. You buy or cash out your Libra online or at a local exchange point, like a grocery store. You spend it using interoperable third-party wallet apps, or the Calibra wallet that is built into WhatsApp, Messenger, and its own app. The idea is that sending money to friends or paying for something at a merchant is just as easy as sending them a Facebook message.

When you sign up, you will go through a Know Your Customer anti-fraud process and provide a government issued ID and other verification. Ultimately, Facebook will offer an expedited way of paying merchants by scanning your or their QR code. Eventually, they want to offer in-store payments and integrations with point-of-sale systems

that merchants use now. Facebook says it will practically eliminate transaction fees and speed checkout. It makes sending a payment as easy as, well, sending a photo.

When Facebook started, its goal was to connect billions of people (currently 2.2 billion), allow users to get engaged around certain emotional content, and create a specialized advertising platform. Now, Facebook wants to build an Internet of Money. What they are doing is not really new because it has similar functionality to existing platforms such as Venmo, PayPal or WeChat. What’s different is that the transactions occur in Facebook currency.

Apparently, Facebook’s goal is to get users to buy and sell things on their platform. As Facebook says, “If more commerce happens, then more small businesses will sell more on and off platform, and they’ll want to buy more ads on the platform, so it will be good for our ads business.” Remember, Facebook has seven million advertisers and 90 million small businesses. Some people say that Facebook is trying to make Libra the evolution of PayPal, simpler to set up with lower fees. The transactions are not entirely free because there is a nominal processing cost to pay for the “gas” to run the network. For each transaction they process, merchants will receive a portion of that back.

What’s in It for Merchants?

As a merchant, naturally you must be wondering when the day will come when a shopper comes in your store and wants to pay with Libra. What would you have to do in order to get paid? How secure is the payment, and your personal information, going to be? How much is it going to cost?

The short answer right now is: no one knows!

As writer Josh Constine has said, “Facebook has built a reputation for over-engineered, underused products.”

Existing cryptocurrencies like Bitcoin were never scaled to be a medium of exchange, and could not come anywhere near the throughput capability of the card brands, for example. Bitcoin handles seven transactions a second. Facebook says Libra can handle 1,000 transactions a second, a tiny fraction of the capability of the debit and credit card rails in the U.S. banking system. When you think about it, using Libra means trusting Facebook with your data. Libra wallets will be embedded in Facebook apps like Messenger and WhatsApp. Cryptocurrency is usually used to decentralize information, but as someone has said, “Using Libra means digging in with Facebook, period.”

Libra is correlated to a market basket of currencies and securities, but obviously it is still subject to the same fluctuations in the foreign exchange marketplace. Libra has no capital, unlike a bank, which may or may not be a concern, but it is definitely not an advantage. It is not clear if Facebook will hold reserves against fluctuations in value, or how much they will be.

The Ground Floor of Libra

There are 28 initial members but not a single bank, which makes you wonder why that is the case. Facebook says that they have a new programming language, called Move, to create customized “smart contracts” within the blockchain to protect transactions. But as I write this, Facebook is preparing to pay as much as a three billion dollar fine to the U.S. FTC for sharing data without consent, which has to give some people pause about trusting Facebook again.

Why Offer Cryptocurrency to the Average User? 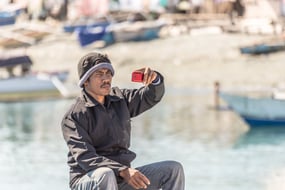 At this point, you have to ask yourself, “What is the point of a cryptocurrency, anyway?” It’s not clear why the average user should be excited about using it because our existing payment systems work so well now.

We have payment networks such as the card brands that route transactions and provide merchant acceptance with instant authorization. There are online payment processors such as Stripe that specialize in merchant acceptance. We have a network of over 4,000 commercial banks with enormous capital that are highly regulated and continuously inspected by the regulators and are functional 24/7/365. There is also a highly efficient system of check processing that can take a million dollar paper check, convert it to digital form in a scanner, and clear it for next day final settlement for less than a dollar. And finally, the ACH system is designed to provide next-business-day settlement for low dollar recurring transactions for maybe 15 cents per transaction. Both systems are preparing to provide same-day payment in the near future. 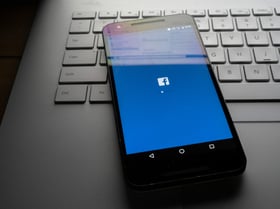 Obviously, some people want anonymity when they make a financial transaction, but let’s be honest, most of these people have nefarious motives, such as avoiding taxation, buying or selling illegal goods or services, or even financing terrorist activities. The average citizen has no need to hide their transactions from anyone. Why would you want to hide a $20 transaction?

In terms of saving money on buying things, the American consumer ultimately pays the cost of payment processing incurred by the merchant. It is reflected in the price of what they bought, but for the most part, it is invisible to the consumer. They never think, “Gee, I just bought this computer with my credit card; I wonder what Best Buy paid their processor for my transaction?”

How Do Checks Stack Up Against Libra Bucks?

Now let’s look at a typical CrossCheck merchant — a car dealer, furniture store, or building supply company. These merchants want absolute finality of payment without the risk of chargebacks down the road. If there is a disputed 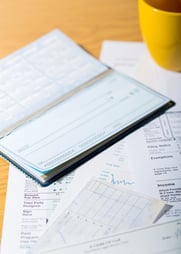 transaction, they want the protection of the Uniform Commercial Code and 200 years of banking law. They want their transactions to settle in the banking system in a real bank. And in some cases, they want the ability to let the consumer spread out the purchase over the next month without worrying about the payments bouncing a month from now.

Taking out a checkbook and writing a check or series of checks does not take more than a minute, so there is no time advantage for paying digitally. In short, merchants want something reliable that always works, is never down, and is manageable to deter fraud. When someone buys a car and gets a bank loan, we should not have issues with fraud, identity theft, or chargebacks when they write the check for the down payment. The car dealer is willing to pay one percent of the transaction to make sure that CrossCheck guarantees it against NSF/UCF and will pay a claim if there is an unexpected loss. Of course this will not happen in any cryptocurrency, which is why U.S. merchants want to continue to keep taking checks. It’s also the reason why thousands of merchants trust CrossCheck to guarantee them. We give them security and peace of mind, and we make a sale happen too.

Download our free guide to learn how CrossCheck's Check Guarantee service can help your business increase sales and reduce risk while saving time and money.