Why Is Fixed Ops Important to a New Car Franchise? 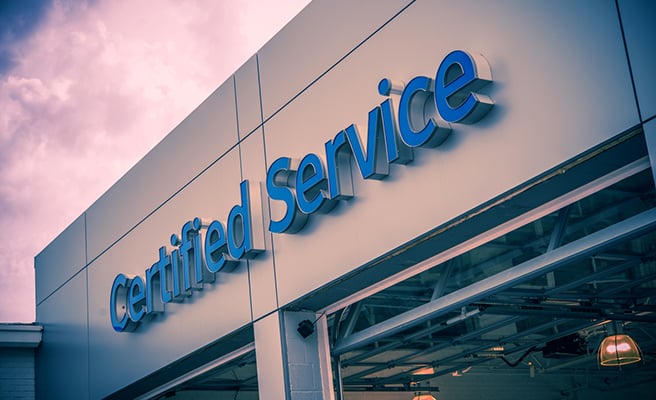 Consumers think that selling new vehicles is the most important and profitable part of running a new car franchise, and that dealers make a lot of money on each unit sold. Yes it is important, but there is another part of the business that really pays the bills and keeps the lights on: the parts and service operation. This now comprises 49% of a dealership’s gross profit, up from 45% in 2012. You will hear this referred to as “fixed ops.” That’s a strange term; what does it mean?

Car dealers have historically called one part of the business variable and one part fixed.

The variable part is the number of customers coming in the showroom to buy a car. This varies depending on the weather, promotions, advertising, holidays, market conditions, inventory, and how hot the product line is. It is not the same every day, that’s for sure. Some days are crazy — like car dealer’s “Christmas in July” or Memorial Day sales — while other days are very slow. A lot of it is based on factory advertising and promotions.

Fixed ops is the other side of the coin. It refers to the number of cars that show up every day in the service bay as well as part sales. It assumes that people will bring the cars they bought from you in the past back to you for maintenance, service, and repairs. Most of these services require items from the parts department.

In the old days, a dealer could predict the number of customer repair orders he would get in the future for all the cars he sold that month. In theory, if you sold 100 cars a month, you would see these cars again at the first scheduled maintenance (i.e. three months later) and then again at the next scheduled maintenance, and so forth. You would see them over the term of the car loan (typically four or five years) for any repair or warranty issues.

So while the customer might buy a new car every four years, they would be coming back to the dealer numerous times for service during this period. Ideally, at some point if this really worked, the dealer would reach a point called “100% Service Absorption,” which means that they have just the right amount of employees and physical plant to service all their customers. But today this is not happening, and the customer Repair Order (RO) count is not expanding.

The Numbers Behind Fixed Ops

A study by Cox Automotive shows the percent of service bay usage varies from 83% to 90%, which is still pretty good. They define dealers by the number of cars that they sell a month: Small (3-50), Medium (51-149), and Large (150+/month). The study shows that factory dealers captured only about a third of all service visits in the country; presumably the other two thirds was done at independent shops or franchise operations (like your local oil change place). 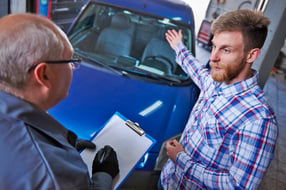 Fortunately, more than half of the dealership visits included more than just one service. This is because a diligent service manager will try to cross-sell more than one service per visit. For example, you might have come in for the factory recommended oil change, and they will suggest a tire rotation or replacement, or a new battery (they say that about a quarter of all batteries need replacement).

Another source of work is factory recalls, which have ballooned out of sight recently. Dealers do not make a lot of money on recall work, but they do get a priceless opportunity to reconnect with the customer who bought their car there, but has never come back for service.

Competition for Fixed Ops at a New Car Franchise

Consumers go to franchise operations, such as a general repair gas station, quick lube, or tire store, because they think that the dealer is too expensive, and it is not worth paying extra just to get factory service. But when there is a recall the dealer can show the consumer just how complicated the modern car is, and why it is important to take it to the dealer, because only the dealer has the factory software to properly diagnose the problem.

The consumer is focused on value and saving time too. They do not want to be told that they can leave the car at 8 am and pick it up at 6 pm. The study shows that a consumer does not want to spend more than 2.5

hours at the dealership for service.

Value means competitive pricing. This means that if Jiffy Lube is charging $40 for an oil change, the dealer should not charge $60 for the same job.

Yet another consideration is that only about a third of consumers are willing to drive more than 11 miles for a dealer service. They are willing to drive a longer distance to buy a car, which I guess they view as a really important and emotional experience (it is!), but they don’t see service the same way. That does point out the opportunity for a factory dealer to have some kind of mobile service operation, but I think that those are few and far between right now.

Other Income Sources at Fixed Ops

One thing is for sure: new cars are getting more and more complicated. An article by Bob O’Donnell at USA Today explains that modern cars have as many as 150 subsystems connected across different interfaces, which operate at different speeds, carry different types of data, and connect across different parts of the car. They are supported by anywhere from 10 million to one hundred million lines of code! A software glitch could only be fixed by a factory dealer with access to the factory documentation. This will undoubtedly increase the “fixed” number in fixed ops. 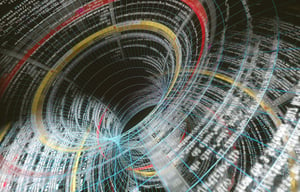 Dealers have another opportunity to win over the consumers who bought their car at their store — help the consumer through the payment process when there is an expensive repair. What is expensive?

Here are some examples: transmission rebuilds as well as removing and replacing (R/R) head gaskets, catalytic converters, clutch and pressure plate combos, and electronic control modules. All of these will cost from $1,000 to $4,000.

The reality is that many consumers will not be able to cover the whole bill when it is due. Fortunately there is the CrossCheck Multiple Check service.

Multiple Check allows the consumer to write up to four checks to cover large repairs and tell the dealer when to deposit them (usually over 30 days) without paying interest. CrossCheck guarantees each dealership check as it is deposited while consumers get to drive their vehicle home without delay. This is the kind of good customer service that will make a “variable” service customer into a “fixed” service customer!

Download our free guide to learn how Multiple Check can help your service department increase sales and mitigate risk while saving time and money.