Electronic Payments from Start to Fintech at TRANSACT 2019: pt 3

Did you ever wonder what happens when you use your credit card at a merchant to buy goods or services? If you’re like most people, you probably never give these type of electronic payments a second thought. You just know that everything happens magically and instantly as you insert your chip in the reader or swipe the card, or enter the card information into the merchant’s online payment gateway.

The next time you see it is when you get the bill from your card issuing bank a few weeks later. There is a lot going on behind the scenes, and it is pretty interesting how it all works. Here is a high level view of that process, but first a little background.

A Recent History of Electronic Payments

In 1958, Bank of America became the first bank to offer a nationally licensed, general use credit card with revolving credit, a 25-day grace period, credit limits, and floor limits. Ultimately, the BankAmericard became the 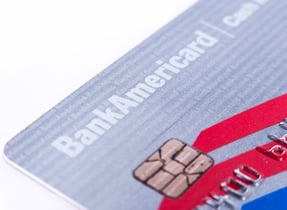 basis of the card brand Visa.

Getting the cards out in volume to consumers proved straightforward, but getting merchants to accept the card and pay a discount rate and process the transactions was a little trickier. For one thing, the merchant had to fill out a multi-part carbon form by hand, and insert it in a “Zip-Zap” imprinter (aka a “knuckle-buster”) and then send the carbons to the bank for processing. Can you imagine the mountain of little paper carbons that were floating around the banking industry back then?

That changed around 1979 when cards started having a magnetic stripe on the back, and then in 1983 when Verifone deployed the Zon series of credit card point-of-sale readers. The POS terminal had a secure keypad, a screen, and a means to capture the magstripe information. It needed network connectivity for authorization, which was a telephone line.

Now the question became: how do you get literally millions of the new POS devices deployed in the space of a few years, so that every merchant can use them?

Make no mistake, merchants were really motivated to get the new swipe terminals because the rate was much better than the old paper process, and of course it was a lot easier to use. Today we have cellular and Wi-Fi service, but in those days just getting enough telephone lines for a large store with many terminals and registers was a pretty big deal.

To get a “merchant account,” a merchant would have to look in the Yellow Pages under “credit card processing” and get a salesperson to call on them. 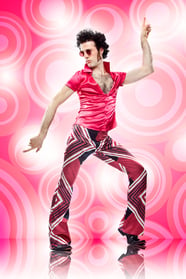 Back then, banks preferred to just issue credit cards, but most of the processors on the merchant side that “acquired” the transactions were non-banks. These processors had to be sponsored by a member bank of the card associations. Furthermore, the processor had to find a bank who would underwrite the merchant, a procedure that could take weeks in the early days. The merchant would have to sign a five-year, non-cancellable lease on the terminal equipment and it was expensive.

To deploy literally millions of the new credit card swipe terminals, an army of salespeople was needed to walk the streets and knock on doors and sell and install the hardware for the merchant account. The acquiring banks relied on these salespeople, who were called ‘Independent Sales Organizations.” The salesperson worked for the third-party processor who was licensed by the acquiring bank at the card associations.

A Voice for Electronic Payments

At some point, the larger players in this space started to realize that they had better impose some standards and rules on how things were done, or the government might decide to come in and regulate the industry. Consequently, the Bankcard Services Association (BSA) was formed in 1990. The feet-on-the-street salespeople had a difficult time getting information about the industry because they could not talk directly to Visa or MasterCard, only to their sponsor bank.

For this reason, Timothy LaBadie, the owner of CrossCheck, started a periodical called “The GreenSheet,” which became the main information source for ISOs. Today, The GreenSheet is published both online and in hard copy form (with free subscriptions) every two weeks. At 50 to 70 pages, it is the definitive publication for the acquiring industry.

In the early days, there were many sales organizations. Salespeople regularly moved from one sales organization to another, or sometimes even worked for two at the same time. There was no recognized body of knowledge for the salespeople or ethical or professional standards. The larger players wanted to instill professionalism in this burgeoning industry, and so the Electronic Transactions Association (ETA) was formed in 1996 to expand on the BSA. The ETA moved to Washington D.C. and hired a professional cadre of managers. It was a big success, and today the ETA has over 500 member companies that are spread over 30 countries. 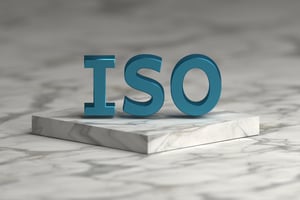 The ETA hosts its big industry conference called TRANSACT every April at the Mandalay Bay Hotel in Las Vegas. About 4,000 people attend. In addition to seminars and educational sessions, there is a big exhibit hall with about 200 exhibitors, including CrossCheck (Booth #3009). There are regional shows as well, such as the Midwest Acquirers and the Western State Acquirers, but TRANSACT is the really big show. Furthermore, the ETA has additional shows and events and you can find out more about those on their website.

Here is a quote by ETA President Kevin Jones from the Spring 2019 edition of its publication, “Transaction Trends”:

“The industry has changed dramatically. … Payments acceptance is no longer a simple product, with a simple sales channel and limited scope. Technologies like smart POS terminals, mobile wallets, and contactless payments have fueled a boom that encompasses an integrated ecosystem of players. … The next generation of technologies includes machine learning, artificial intelligence, advanced risk analysis, and biometrics. … Quicker and easier ways to transact through integrated apps, smart devices, and integrated payments will make electronic payments even more convenient.”

As one can see, this is a transformational time for people in the merchant bankcard business, and of course, it will impact both consumers and merchants too in a big way.

In the next and final part of the series, we will look at this year’s TRANSACT show in detail and cover the highlights for those who did not attend. 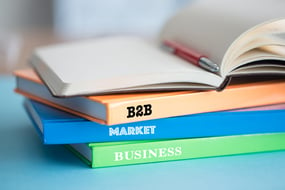 CrossCheck is the largest privately held check guarantee company in the nation, providing a suite of electronic payments services such as Remote Deposit Capture.

Checks are preferred by consumers for certain transactions and most B2B payments according to several studies, including The Q3 2016 SMB Technology Adoption Index (the most recent version) that stated: “Ninety-seven percent of surveyed SMBs still rely on paper checks to make and accept B2B payments.”

Download our free guide to learn how RDC can help your business increase sales and mitigate risk while saving time and money.