CrossCheck’s Lifetime Residuals for ISOs Can Change Your Life 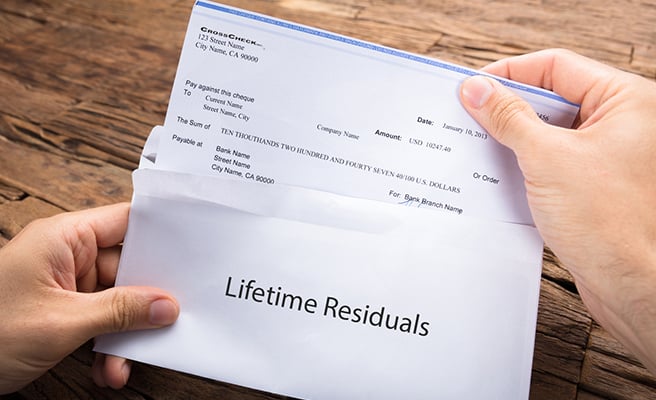 CrossCheck started in the check guarantee business way back in 1983. Checks ruled at the time, and nearly every merchant accepted them at the point of sale. Back then, in fact, many merchants did not take credit cards at all. This was due, in part, to the high cost of interchange and because processing a card transaction was much more complicated than taking a check.

Merchants had to put a bulky multi-part carbon form in a knuckle-busting sliding imprinter (aka “Zip Zap machine”), and then sort out the forms and send them out for processing. There is a reason why it was called a “knuckle buster.” By comparison, taking a check was pretty easy, comfortable, and familiar to merchants, and consumers commonly wrote them for purchases at the store.

But right about then, things started to change. This is because two years earlier, Visa and Mastercard began to offer discounts if the merchant swiped the card’s mag-stripe through a newly developed automated technology for

card purchases over $50. But there was another problem; the early hardware cost around $900 — way too expensive for the average merchant!

There were a lot of developers working on making this affordable for the average merchant, but there was one company that figured out how to deploy affordable technology first: Verifone. They came to market in 1982, and by 1984 they had developed an affordable ($125) piece of hardware with the inexplicable name of ZON, and later, the ubiquitous ZON Junior. This was a brilliant move on the part of founder Jim Melton, and it gave Verifone a commanding lead in what has become known as the point of sale (POS) market. Now the question became how to sell, program, deliver, and install literally millions of terminals to the merchant community.

The Early Days of the Acquiring Industry

What was missing was the sales infrastructure to call on merchants face to face, sign them up for credit card processing ( aka “acquiring”), and sell (or lease) the POS hardware to do so. Back then, banks were focused on the card issuing business. They left the processing side to non-banks, and consequently, most of the top 10 card processors were non-banking financial institutions.

Back then, the card brands were associations owned by the member banks. To get a merchant account, the 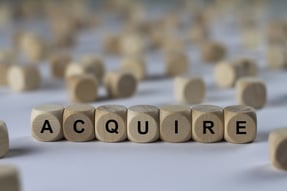 merchant had to send their application in, and be underwritten by a Visa or Mastercard “principal bank” which there were very few of. In those days, some smaller banks specialized in sponsoring ISOs, but the issue was always underwriting: sometimes it took weeks for a new merchant to be approved!

If the principal banks did not have the salespeople to go out and call on the merchants to sign them up, who would do it? They say that nature abhors a vacuum, and it was true in this case too.

The Origin of Independent Sales Organizations

A whole new business came into being, called independent sales organizations (ISOs). As the name implied, the salespeople were not employees of the bank, but the bank authorized them to sell on their behalf. In most cases, the ISO salesperson worked on a 100% commission basis. In other words, their entire income was based on how much they could sell above the “buy rate” that the bank gave them, and equally important, on other ways to extract money from the merchant. One of the most common was putting the terminal and printer on a five-year non-cancellable lease at $39.95 a month and then selling the lease paper. If you work the numbers, you can see how lucrative this was, since the hardware probably cost less than $500 at the time. 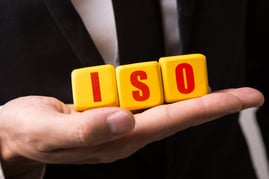 Another way for the ISO to make money was to sell check guarantee services. CrossCheck has always been one of three main providers in this space. The other two companies also sold their own credit card processing service, so an ISO who sold their check guarantee service was competing with their own partner for the card business! CrossCheck always differentiated itself by not selling credit card processing. We used to tell our ISOs, who worked for every major processor, “We are like Switzerland. We are neutral. We do not compete with you.”

There was another way we differentiated ourselves, which was that we paid a true lifetime commission to someone who got us a new merchant for as long as this merchant continued to use our service. Our smaller competitors came and went, and when they went, they stopped paying commissions. CrossCheck has ISOs who have been getting monthly residual checks from us for over 20 years!

For example, we have one ISO who introduced us to one of the largest car dealers in the country about 16 years ago. He has been getting a monthly residual check all this time, which totals well into the six figures at this point, and he has never been in the dealership stores since that introduction! 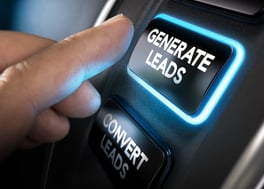 Selling CrossCheck is lucrative because of how we calculate the residual. We typically pay 10% of our gross revenue to the salesperson. That is important because they get paid on what we bill and collect from the merchant, not whether the merchant is profitable or not.

That may sound like a strange comment, but in the check guarantee business, the profitability of a merchant relationship varies from month to month. It is based on how many checks they submit for authorization, and how many bounce, and how many bounced items we can salvage. In some cases we cannot salvage an item and we have to absorb the loss ourselves. The numbers are not predictable as would be the case for just processing a credit card. But we pay the ISO their commission based on our fee to the merchant, regardless of how profitable the account is for us. This shows the depth of our commitment to our resellers. They know it, and they appreciate it.

When you are talking to a merchant about their merchant card needs, don’t forget to ask about how they handle their checks, particularly if they are in our core business categories: new car dealers, everything that goes on or in a car, building supply companies, and anything that goes on or in a house. And when you do, you will be creating a lucrative lifetime residual for yourself.