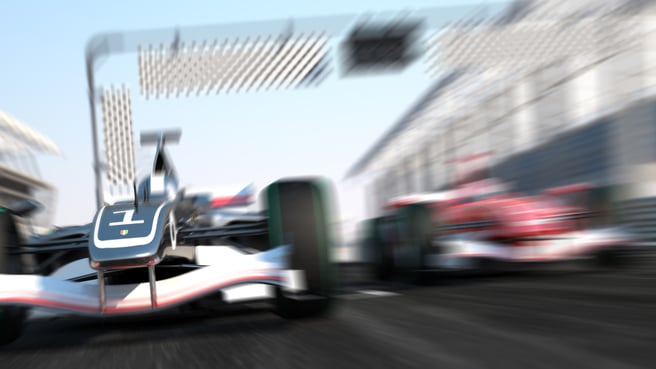 What do Formula One auto racing and CrossCheck have in common? The answer is, “quite a bit.” Some explanation is in order.

Formula One (aka “Formula 1” and “F1”) auto racing is one of the most exciting sports in modern Western civilization, with all the ingredients for a fabulous experience embedded into it.

Why is Formula One a fabulous experience?

First, it involves money — a lot of money. The race car manufacturers can spend as much as $500,000,000 to field a team. It can cost as much as a hundred million dollars to run a “mid-tier” team for the season. Total F1 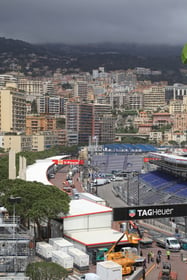 revenue in 2018 was $1.8 billion. The annual yearly spend for the ten F1 teams is about $2.5 billion dollars. This attracts a pretty elegant crowd.

Second, the races are held in some pretty interesting and exotic locales too — place such as Monaco, the Nurburgring motorsports complex in a German forest, and even Yas Island near Abu Dhabi.

Third, racing is international, which means there are fans all over the world, even in China. The greatest drivers have come from England, Brazil, Germany, Scotland, Argentina, and the USA. Now F1 attracts fully 490 million viewers every season, or nearly half a billion people.

Fourth, it is very exciting. F1 cars are the fastest regulated road-course racing cars on the planet. A F1 car can reach speeds of 230 mph over the course of a two-hour race (which has to exceed 189.5 miles).

Fifth, there are 21 races in the F1 season, so there is almost always something to watch throughout a calendar year.

It takes a whole “village of people” to field a Formula One team. For example, Mercedes has almost a thousand employees working on their team. If you own a Mercedes, then you can identify in some way with the factory team, and I think you could fantasize that some of the technology from the racecar made it into your production car too. At least you can tell your friends that.

Who owns Formula One?

People always ask who owns and manages Formula One. Well, the governing body is a French organization called the Federation Internationale de l’Automobile (FIA). The FIA was started back in 1904 at the dawn of the 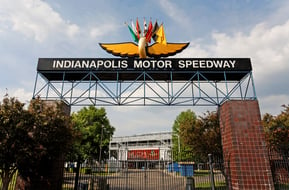 automobile. People are always surprised to learn that France is the cradle of the automobile. In fact, the forefather for the modern racecar engine is the 1912 Grand Prix Peugeot. It had four valves per cylinder, double overhead camshafts, a hemispherical combustion chamber, desmodromic valve gear, and dry sump lubrication (relatively advanced technology for 1912). It even won the 1913 Indianapolis 500 race!

What we know as Formula One was first recognized by the FIA in 1946. The following year, the FIA recognized the World Driver’s Championship, and the first F1 season began in 1950.

In the fifties and sixties, F1 was dangerous; since the start 53 drivers have died there. Today, deaths are rare, but they were an almost accepted part of the early days. Some of those early drivers actually didn’t want to wear a seat belt because they thought it would be safer if they were just thrown out of the car during a crash!

Today, F1 is owned by a company called Liberty Media, controlled by a billionaire named John C. Malone. He purchased it in 2017 for $8 billion.

Last year the U.S. Grand Prix was held at the Circuit of the Americas in Austin, Texas. It will be held there again this year from October 22 ­– 25. Of course, you can always watch it in the comfort of your living room on a big-screen TV.

What are the common denominators between F1 and CrossCheck?

Well, you are probably still wondering what the two organizations have in common.

For starters, there is a lot of money involved. This year, CrossCheck will authorize and guarantee over $6,000,000,000 worth of check payments (yes, $6 billion). Most of these are made at new car dealerships to help people get the ride of their dreams.

When we guarantee a check, or a group of checks to be deposited in the future, the dealer gets to sell the car and doesn’t have to worry about a check bouncing, and having to unwind the deal and lose the sale. 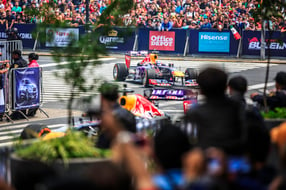 Second, there is drama because some of the checks we guarantee will bounce. If they have been properly authorized by our dealership merchants, we will pay a claim and keep the dealership whole. This is how we help auto dealerships increase sales and mitigate risk. We do this whether we are able to collect on the bad check or not. If that is not exciting, I don’t know what is!

Third, we are national, with dealership clients in every state and even in Puerto Rico.

Fourth, we cover every make and model available in the USA. We help everyone reach the level of excitement that only comes from buying a new car.

Why do auto dealerships prefer CrossCheck?

Here is a quick summary.

First, new car dealers strongly dislike paying credit card interchange fees. Why would they pay a 3% fee to take a Chase Sapphire Card when CrossCheck can clear and guarantee the transaction for one sixth of that amount? Dealers will ask for a check payment because their margin on new car sales is so slim.

Second, it is a big risk to take a high-dollar check from a consumer you have never seen before and have the check bounce for NSF or UCF. If the down-payment check bounces, then the bank or finance company making the bank loan may choose to unwind the deal. Why take that risk? That is what we are here for.

Third, there is another aspect to this: parts and service transactions. Do you know what it will cost to rebuild the automatic transmission of a modern Mercedes? The answer is: a lot more than you think, probably four or five thousand dollars. Many consumers don’t have this kind of money in their checking account, but if we gave them an extra 30 days to pay for it via our Multiple Check program, that would make the sale happen.

So if you own or operate a dealership, CrossCheck will help you wave the checkered flag at the finish line when the sale is done. Vroom, vroom!