The History of Check Fraud

Nearly anyone can inadvertently write one bad check for insufficient funds, but doing it intentionally on a repeat basis constitutes check fraud. Also known as paperhanging, this type of crime is joined by a handful of other check fraud classifications.

The ABA also said check fraud has been on the rise over the last 30 years due to digital channels. Is there a silver lining to this dark cloud? The answer is that U.S. banks prevent over 90% of check fraud attempts via early detection methods. 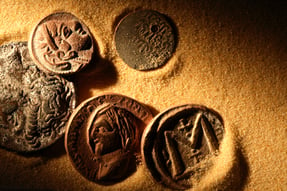 Detailed records simply do not exist for the early days of check fraud (321 BC to the mid-20th century), but one can safely assume that each type of fraud was introduced over the years as criminals recognized weaknesses in the systems.

The “art of check fraud” was celebrated in the 2002 film Catch Me If You Can, starring Leonardo DeCaprio as con artist Frank Abagnale, Jr. and Tom Hanks as the FBI agent on his trail. Most check fraud, however, is hardly silver screen material, but it continues to cause serious financial ruin to many American businesses and consumers.

Check fraud is any deliberate act of defrauding a party (individuals, businesses or institutions) of funds related to checks or checking accounts.

There are nine types of crimes related to check fraud, ranging from stealing paper checks to passing phony money orders:

Check Fraud in Relation to the History of Checks

As mentioned above, check fraud probably coincided with the introduction and evolution of checks or financial documents used to negotiate payments. “The History of Checks,” an infographic created by CrossCheck, provides an excellent framework for the various types of check fraud.

321 – 185 BC: A letter of credit called “adesha” was used by merchants in ancient India when presented to a banker from a third party. The nature of these written documents (i.e. promissory notes) left the door opened for forgery and counterfeiting. Criminals could easily forge the documents or create counterfeit versions to defraud the third parties or banks. 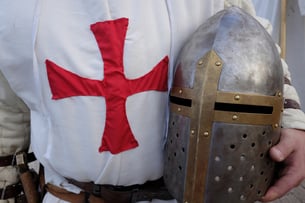 1st Century BC: The Romans used an early version of the check (called “praescriptiones”) that was probably hampered by forgery and counterfeiting, and possible check theft.

Letters of credit and primitive checks slowly evolved over the next 1,000 years in Europe and the Middle East.

1118 – 1307 AD: Between 1118 and 1307, the Knights Templar used a check system for pilgrims traveling to the Holy Land or across Europe. Pilgrims would deposit funds in a charter house and withdrawal funds from another charter house at their destination. This system was also vulnerable to forgery, counterfeiting and theft.

The Bank of England created unique check paper for added security in 1717.

1762: The introduction of the first printed checks by British banker Lawrence Childs in 1762 opened the door for check floating and paperhanging as well as chemical alternation using period cleaning agents.

The other types of check fraud would only have become more sophisticated by this time as criminals found new loopholes in the system. Imagine the float time in a era when written communications were no faster than a galloping horse, or the inherent vulnerabilities of a system with no known check clearing process.

Personalized checks and check books were used by the Commercial Bank of Scotland in 1811, but technological advances in the mid-20th century set the stage for new chemical alternation, the introduction of check kiting, and variations on the other types of check fraud.

1959: Checks had been processed manually throughout their history, but the invention of magnetic ink character recognition (MICR) in the mid-1950s and the printing of checks using the MICR standards in 1959 made them more secure. These advances also challenged criminals to devise new methods of using chemical alteration on the ink and paper. The check volume, in conjunction with a huge number of financial institutions across the country, created greater opportunities for all types of check fraud.

1974: The banking industry recognized the need for paperless payments, and what would later become the automated clearing house (ACH), as early as 1968. The National Automated Clearinghouse Association (NACHA) was formed in 1974 to nationalize transactions among financial institutions.

The most profound innovation in check processing occurred in 2004 when the Check Clearing for the 21st Century Act (Check 21) took effect. This approach enables financial institutions and consumers to create electronic images of checks using desktop scanners or smart phones.

Reading MICR lines and capturing check images reduced the need for processing paper checks, but criminals have found a greater number of avenues for defrauding the number of paper checks still in use. These channels form the basis of the increase in check fraud attempts mentioned above.

What Are the Penalties for Check Fraud?

Check fraud is governed by state laws. It is considered to be a misdemeanor or felony depending on the dollar 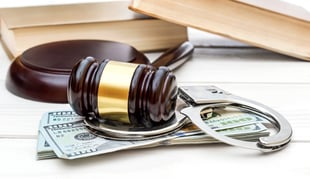 amount of the fraud and or the number of convictions.

In Oregon, for example, misdemeanor check fraud is punishable up to a $1,000 fine or up to one year in jail, or both. Felony check fraud entails imprisonment for not more than five years.

South Dakota law has an escalating scale of punishment for first (fine not more than $100 or imprisonment for not more than 30 days or both), second, third and “subsequent” offenses. Felony check fraud carries a sentence of up to three years and fines of not more than $1,000.

Check fraud is not covered by check guarantee companies, but warranty protection is provided to merchants for returned checks due to inadvertent check writing errors such as insufficient funds or closed accounts.

Download our free guide about Check Guarantee to learn how it can help your company increase sales and mitigate risk while saving time and money.