Building Materials Industry Poised to Explode at the Super Bowl

So it's worth considering how our next Super Bowl might change the game for the building materials industry.

It's the fiftieth, and the National Football League has assured the media it will be "spectacular." The Super Bowl 50 Host Committee promises it will be "Loud, proud, inclusive and authentic, just like the Bay Area itself." They expect a million people to come to San Francisco for the annual NFL Experience, which will be held at the Moscone Center for the week preceding the game.

The game will be played about forty miles south of the City in Santa Clara -- the heart of Silicon Valley. And the stadium where it will be played may become a focus of media attention, because its the first one in US history to achieve LEED Gold Certification.

Known as Levi's Stadium or as the home of the San Francisco 49ers, its developers intended to make a statement about the environment and the construction industry. Since the last Super Bowl was viewed by over 114 million people, it's likely that their statement will be heard -- and that it might impact your business.

Green from the Ground Up

They situated the stadium in a spot where its easy for fans to arrive by mass transit or by bike. Solar panels provide a significant portion of its electricity. It has a 27,000 foot green roof and a vast water reclamation system integrated into its landscaping irrigation. Practically all of the food is grown locally, and the venue even composts its own waste. 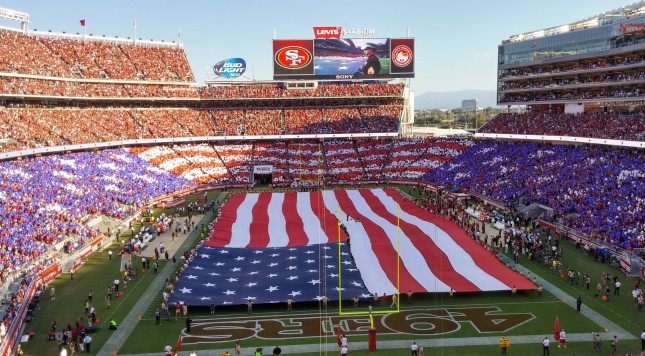 The stadium also has its own app (this is Silicon Valley, after all). It will guide fans to the gate closest to their seats and then to their seats themselves. It will tell you which bathroom has the shortest line. You can order food and drinks and they'll bring them to you. The high speed Wi-Fi and 4G networks can easily accommodate all 70,000 fans simultaneously..

But from a building materials supplier point of view, the most interesting feature may be the woodwork and paneling in the Citrix Owners Suites. The most posh and exclusive area in the stadium is adorned with reclaimed wood from an airplane hangar that used to stand at Moffett Field in Mountain View.

Needless to say, in order to earn a 44 point score (you need 39 to qualify for Gold), they used reclaimed and recycled materials wherever else they could, too. 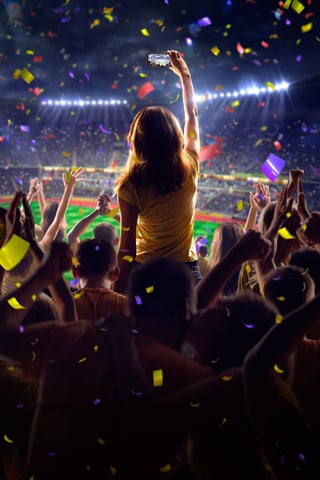 There's good business sense behind making a statement with your stadium. Sports fans are more likely to care about the environment, for one thing. For another, the Green Sports Alliance met at the Santa Clara Convention Center again this year, with a clear view of Levi's Stadium, to promote the greening of sports. Over 700 people attended, and one of the studies presented showed that 81% of sports fans identify as green, while only 63% of the general population does. Not only that; it turns out that green fans spend more on tickets, too.

If appealing to them made sense to Levi's Stadium developers, it's because the green trend is snowballing. A study done by Booz Allen Hamilton concluded that it will contribute $29.8 billion to the GDP by 2018. It supported over 2 million workers last year (more than the movie and television industry) and will pay another $75.6 billion in wages by 2018.

Meanwhile, green buildings themselves produce an economic payoff for their owners. Between now and three years from now, they will generate $1.2 billion in energy savings, $150 million in water savings, and $715 million in maintenance savings.

Those are the sorts of numbers that make an up-front investment in LEED-certified materials seem like a bargain.

And now that construction spending is at a seven-year high and hiring is also at pre-recession levels, it's no wonder that some economists say construction is "booming," pointing out that it currently makes up almost 5% of the nation's GDP.

What are they going to build next? Well, if you need proof that this is a nationwide phenomenon, take a look at the way the Atlanta Falcons have answered the Levi's Stadium challenge. 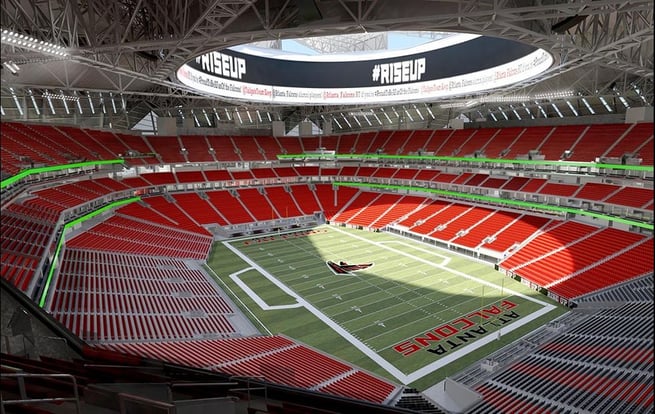 When it comes to new stadiums, it's no longer a competition about being the biggest or the most ostentatious. Arthur Blank, the Falcon's owner, put out an RFP with one goal: "to build the most sustainable stadium ever."

They broke ground last year, and they're even taking advantage of LEED credits for reducing energy consumption during construction. They'll also get points by considering the new Life Cycle Assessment  rankings, which take "the environmental footprint associated with the extraction, manufacture, construction, and disposal of the building materials" into consideration.

When the country turns its eyes to the Super Bowl it will be hard to ignore the green braggadocio that will accompany local pride at the honor of being chosen to host the fiftieth Super Bowl.

The game may end up being an extended commercial for green building.

The more prepared you are to answer LEED questions and to provide materials to your builders, the more easily you may capitalize on it. The recovery may be solid, but its still new, so protect yourself this spring by getting the portion of revenue you receive in checks guaranteed. We even have a COD service specially designed to give you payment flexibility when making deliveries, while still knowing that the revenue in those checks is guaranteed. Follow your Service Agreement, and you'll get paid even when a check is returned. Find out more here.