The Art of CrossCheck - Part Two

This is Part Two of a two part series exhibiting the fine art that exists on the walls at the CrossCheck corporate office in Petaluma, California. You may look at Part One here. Enjoy!

La Celestine B1540 by Pablo Picasso

This etching/aquatint is one of the finest examples of the work of Picasso. Often the work was fine or single line drawings, however, La Celestine is a much more complex and strong example of Picasso's work. Many etchings of this type exist, with this image being produced by the artist in a series of 66 images totaling 350 pieces. The original etching was produced by Editions De L'Atelier Crommelynck, Paris, in 1971. 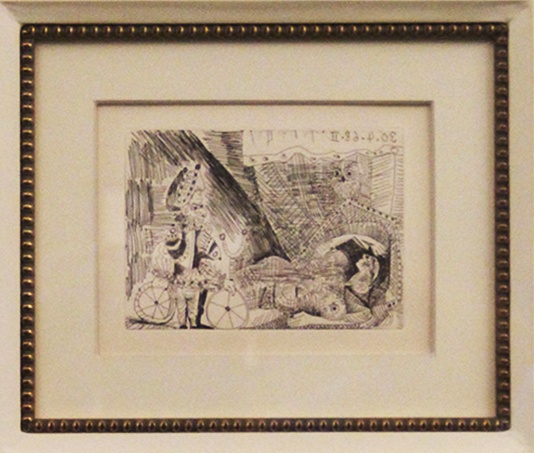 This Lithograph, Cognac ad, was created in Paris circa 1907. Leonetto Cappiello was an Italian and French art poster designer who lived in Paris. Ultimately, Capiello created a lasting legacy of nearly 550 advertising posters, revolutionizing the art of poster design and artistic advertising in the early 20th century. 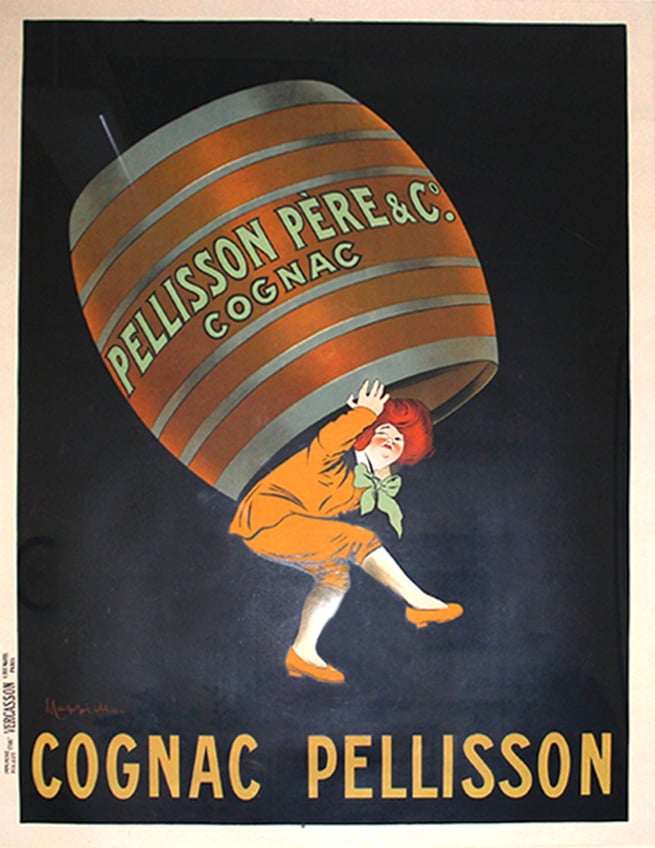 This organically free flowing wooden sculpture stands at about 7 feet tall with a light wood finish that gives off a beautiful gleam. The base builds up to a bird's nest with three small sculpted birds evenly distributed sitting atop their nest, or some say within an egg.

This ombré blue and yellow Chanel advertisement is a Lithograph on wove paper with a linen backing, created originally by iconic pop culture and advertising illustrator Andy Warhol. This piece was reproduced in 1997 by the Foundation for the Visual Arts/Artist’s Rights Society (ARS) in New York. 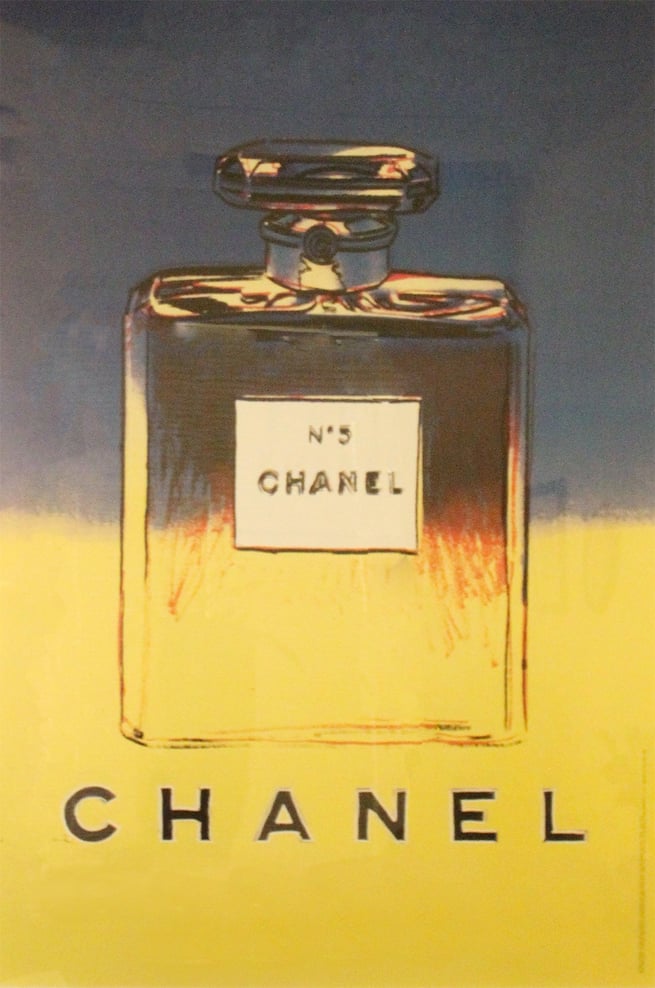 This rare original French lithograph was produced circa 1935. It is the second oldest French poster in the collection and is very well preserved. 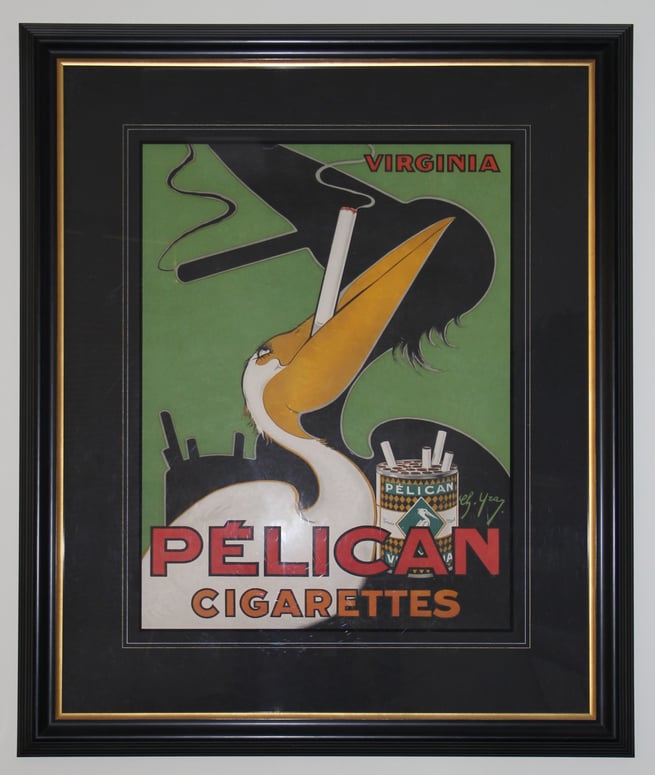 This is a 19th century lithograph, produced when lithography was in its infancy. The piece required two separated print images, creating a seam in the middle. Much of this early type of work was poster advertising for beer, champagne and cigarette billboards, and this use destroyed most. This piece was found with 20 others that had to be pressed, chemically treated and restored. Toulouse-Lautrec was a painter of bars, brothels and cabarets in 19th century Paris. 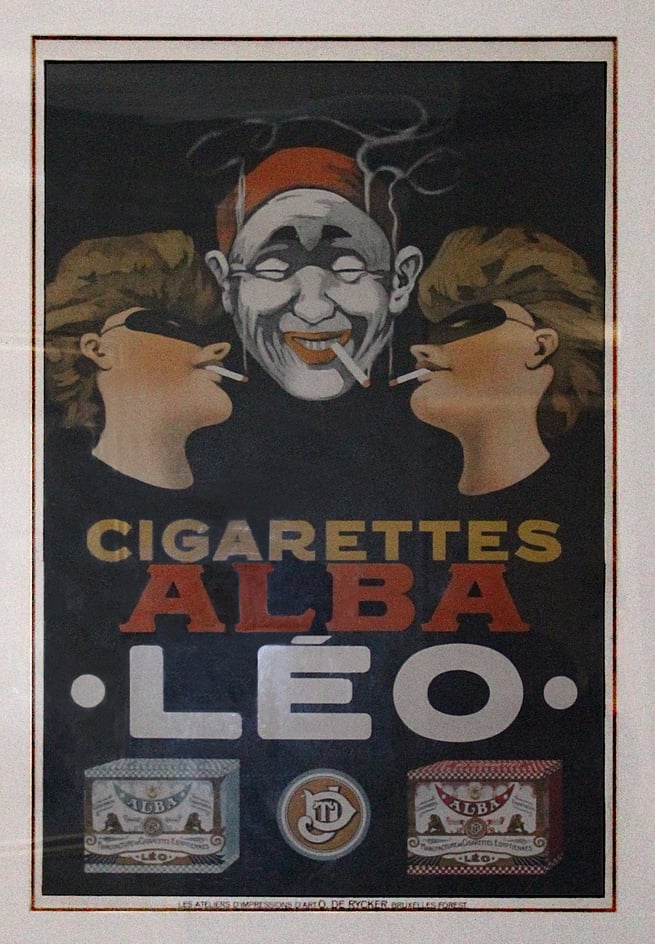 This print of an oil on canvas piece painted by artist Jia Lu in 1996 is one of many featured internationally and in her book Transcendent. Jia Lu is a Chinese artist, born in 1954 in Beijing, she currently resides in and works out of Los Angeles. Well known for her majestic and highly realistic paintings of young women, her work resonates with Eastern philosophical and Western religious concepts, focusing on women’s spiritual identity and self-realization. This piece is numbered 45 of 50. 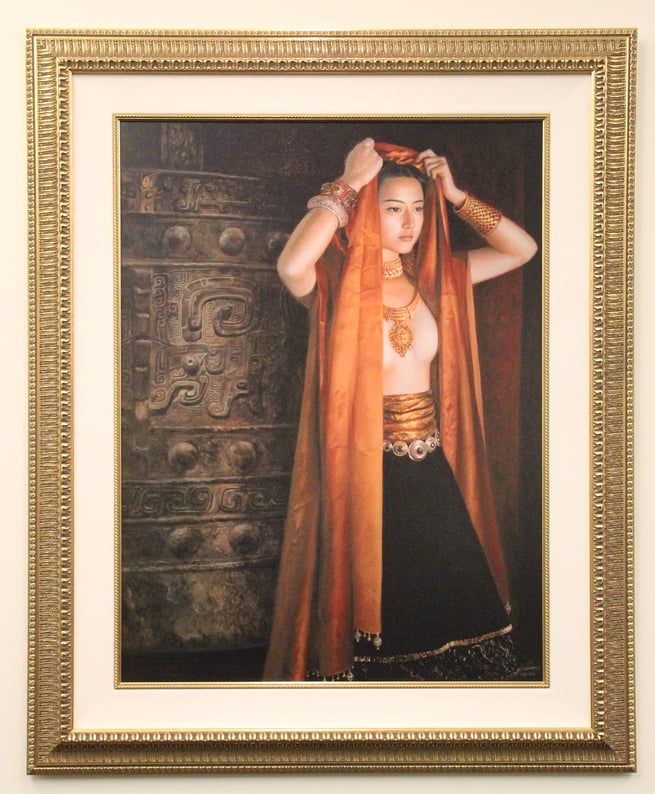 Established French painter Claude Lazar played with the caste of natural and artificial light to bring life to his paintings. Lazar studied fine art at the National Academy for Applied Art and Cinema at the University of Vincennes in Paris. This is a print of an oil on canvas, possibly circa 1945, and is numbered 30 of 35. 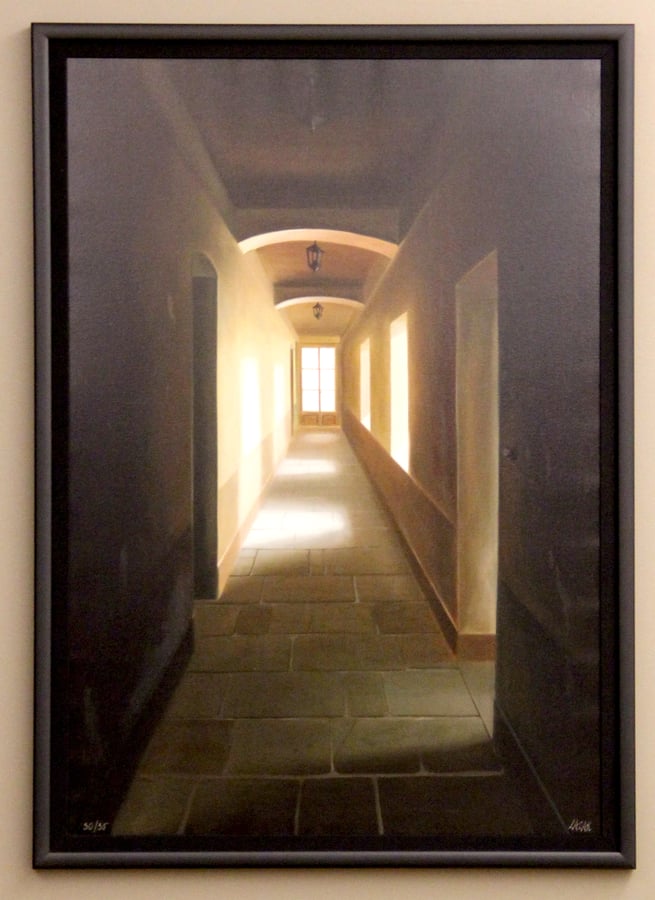