The Art of CrossCheck - Part One

When walking the halls of the CrossCheck office in Petaluma, California, you are treated to a display of some of the world’s greatest artists. CrossCheck owner, art aficionado and fine artist himself, Timothy LaBadie, is the curator of this eye-catching collection. Timothy’s creations are paired with prints and original work of artists as diverse as Salvador Dali, John Lennon, Keith Haring, and Miles Davis, to name a few. Enjoy Part One, and when you're done, check out Part Two!

Lady in Brown by Peter Max

This original mixed medium is from visionary pop artist of the 1960's, Peter Max. In the 1960's Max rose to youthful prominence with his now-famous "Cosmic '60s" style, a bold linear type of painting which employed shocking color juxtapositions and depicted transcendental themes. As the Beatles transformed the music of the decade, Peter Max did the same for art. Max, a master of dynamic Neo-Expressionism, is known for his vibrant colors, which have become part of the fabric of contemporary American Culture. Max is highly collectible, and many lithographs are available, but originals of his work are seldom seen. 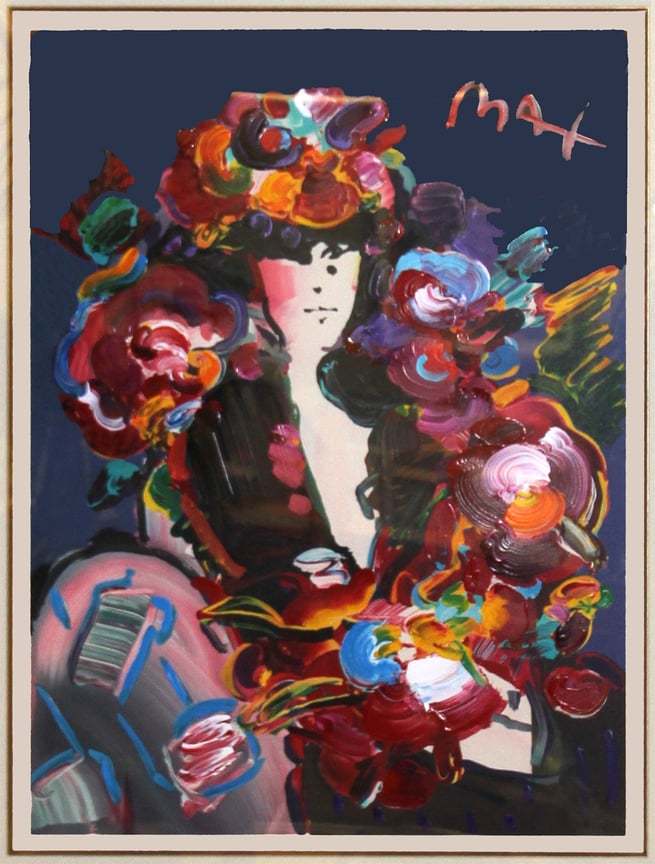 This is an original plexiglass and oil design of the CrossCheck logo. Richard Mann was accepted to the Metropolitan Museum of Art shortly after the company purchased the X ribbon. A Mann Ribbon much like this one can be seen in the entry to the New York Metropolitan Museum, adjoining the entrance stairway to the Mezzanine.

This original lithograph was produced in the early 1930's by French artist Charles Villot. It is a classic '30's French poster and has survived due to great care and preservation. It was also used in the movie "The First Wives Club," on the back wall of Bette Midler's character's office. 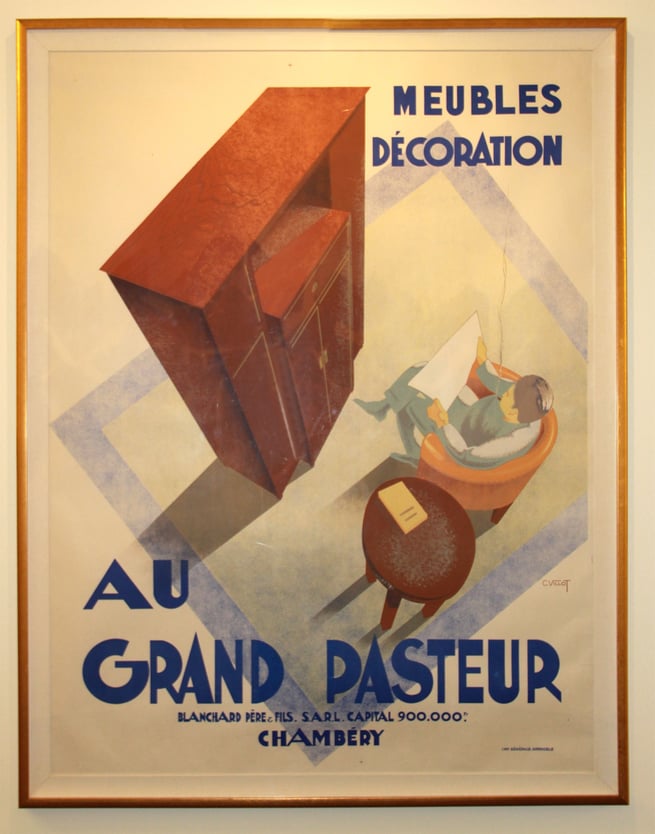 Power to the People by John Lennon

After a four year struggle with the U.S. State Department, John was finally granted his permanent residence Green Card in July of 1976 during the bicentennial. John proudly painted himself as the Statue of Liberty. This piece was unsigned and released from the Estate of John Lennon and has Yoko's mark affixed on the image. This serigraph was printed in 1996 and is number 298 of 300. 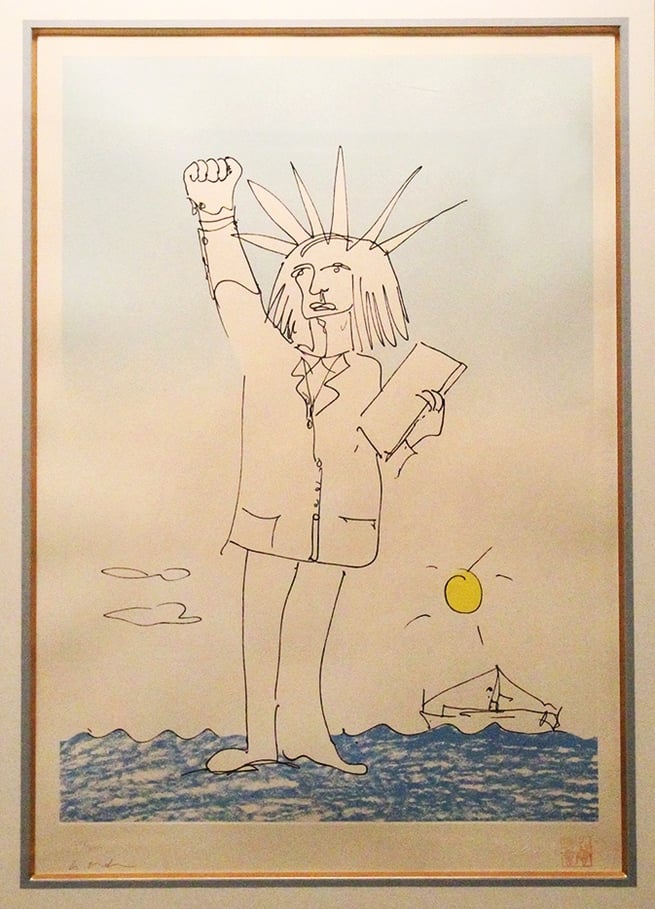 Ronnie Cutrone was an American pop artist known for his large-scale paintings of some of America's favorite cartoon characters, such as Felix the Cat, the Pink Panther and Woody Woodpecker. This limited edition print lithograph from 1988 is numbered 35 of 98. 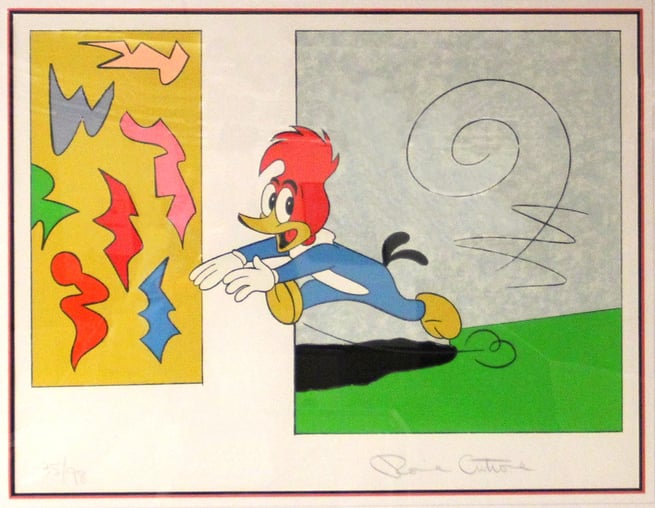 This is a poured glass sculpture. Timothy commissioned this piece for his home, and it hung in his living room for a number of years before moving it to the office. This glass design has 60 separate pieces.

Renowned faces and classic logos are vitalized in electrifying hues. We know the look as Andy Warhol, but the latter work was often Steve Kaufman. Leaving the Warhol studio to commit himself fully to his own creative expression, Kaufman continues the work he did for Warhol with this series. Screenprinted on canvas and individually hand embellished by the artist, in another time, these would have born a Warhol signature. Kaufman is now collected by Citibank, Saatchi and Saatchi as well as Wolfgang Puck and Spike Lee.

In 1988, a nineteen-year old exploded onto the New York art scene with his subway graffiti art. This piece was created in his breakout year. From this beginning, Haring leaped to prominence with his child-like cartoon characters, flying TV sets and dogs sporting alligator heads which have been transferred onto huge canvases and monumental sculptures, bringing to him great financial success. Haring's works have been exhibited throughout America, Europe, Japan, and Australia. With 31 one-man shows to his credit, he has exhibited his work at the Stedelijk Museum in Amsterdam, The Musee d'Art Contemporain in Bordeaux, the Georges Pompidou Center in Paris and the Leo Castelli and Tony Shafrazi Galleries in New York. This is a limited edition lithograph printed on 100% pure rag Arches paper from France. The piece released in May of 1988, and is hand signed by the artist, numbered 366 of 1,000. 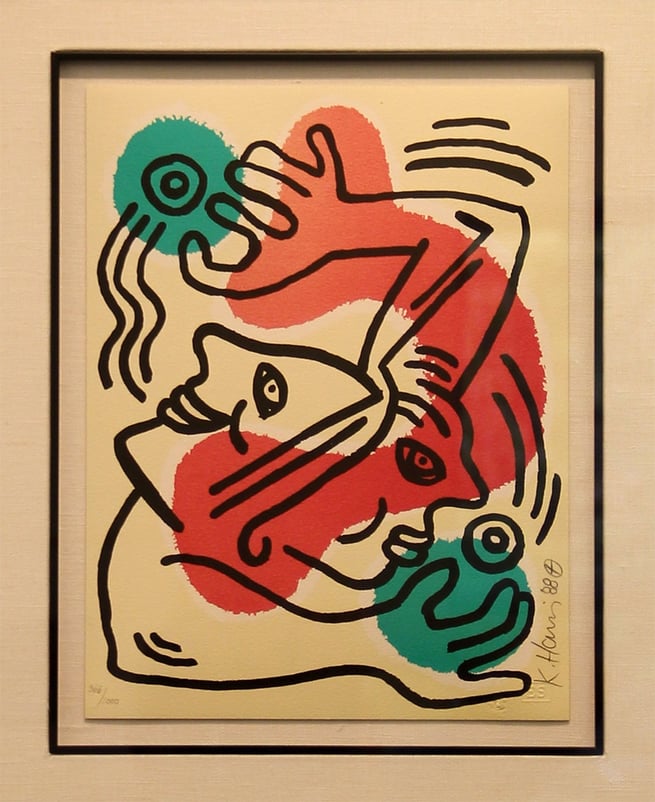 Battle at Tetuan by Salvador Dali

This is a limited edition lithograph produced and signed by Dali in 1979. Dali grew from emulating his Impressionist and Cubist idols to creating his own classic mythology - melding Surrealism with Nuclear Mysticism. This is one of the best known artists in the collection. Dali, now deceased, was a Spanish Surrealist. This piece is numbered 210 of 245. 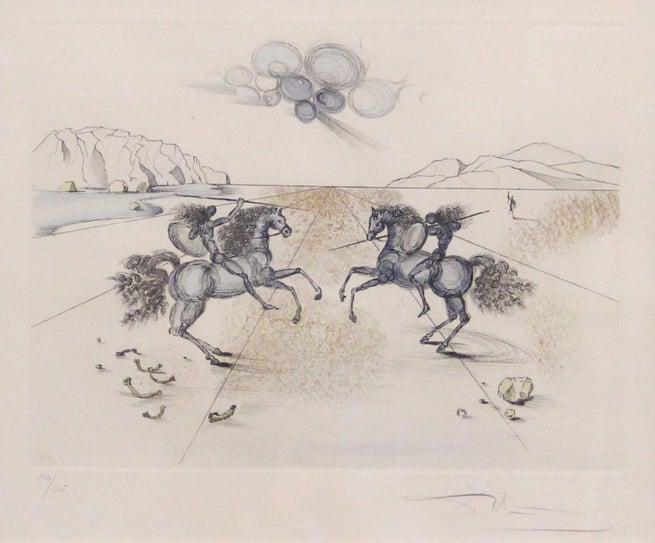 At one time referred to as a child prodigy, Alexandra was labeled "the Petite Picasso" by the press. Her talent began early and by age two she was working in pen and ink, by age five she graduated to watercolors, and at age seven she was using oils and acrylics. Her exhibits attract capacity crowds and her paintings sell out to eager collectors as quickly as she creates them. This piece was created when she was twelve years old and is numbered 48 of 199. 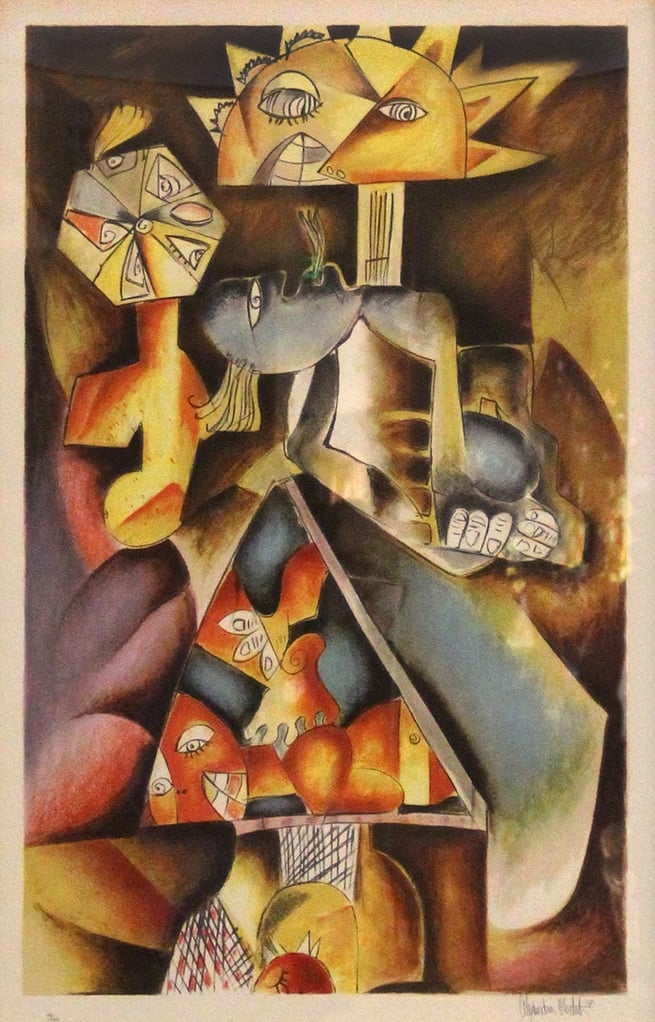