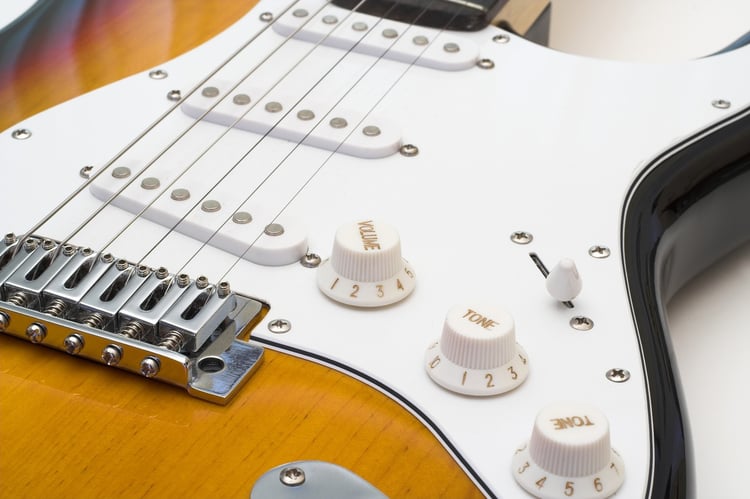 Adolescent boys have dreamed of playing guitar ever since Chuck Berry recorded “Johnny B Goode” in 1958. Of course, many teen girls now have those same aspirations. Whether they include plugging in and turning up the volume, or simply strumming an acoustic six-string, their visions are generally accompanied by numerous trips to the local music store and test driving an “ax.”

Early visits to specialty retail music stores entail a lot of gawking and listening to other people play. In fact, there’s an excellent chance that one of the employees is a weekend guitar slinger in a local rock band. When business is slow, they might pick up a sunburst Fender Limited Edition Stratocaster with a rosewood neck and play a few bars — with gnarly volume and digital delay, of course — to an iconic guitar-hero song from any number of eras.

“He heard one guitar, just blew him away
He saw stars in his eyes, and the very next day
Bought a beat up six string, in a secondhand store" — Foreigner (1981)

According to Guitar Center, “It wouldn't be a stretch to say that the Fender Stratocaster is the most influential and recognizable solid-body electric guitar of all time. With an illustrious history that dates back to 1954, the Strat's body shape has been copied countless times by guitar manufacturers. Of course, nothing beats the real thing.” 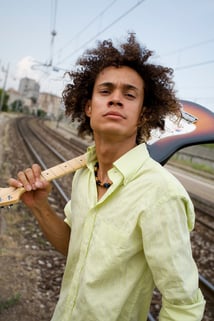 At some point, little Johnny will gather the courage to strap on a Strat and pluck a few chords or run scales. If he isn’t already hooked by watching and listening to someone else play, then he certainly will be after hearing the sound of his own strumming. Once the hook is set, then it will come down garnering his parents’ approval and finding the means to pay for it.

Johnny’s mom and dad have strong opinions about making loud and obnoxious additions to their home life, so the nine-year-old is in for a rude awakening.

Some kids are lucky enough to attend schools with music programs allowing on-campus practice. Those children and their parents hit the trifecta of good fortune because the above concerns become someone else’s problem, namely the school music teacher.

“Who's gonna steal the show; you know, baby, it's the guitar man.” — Bread

Fast forward to Johnny’s 13th birthday when his parents surprise him with a new guitar. It looks just like a Strat, only made by another company.

A Return to the Specialty Retail Music Store

Meanwhile, back at the music store, dozens of guitars hang from overhead brackets like shining chrome bumpers dangling above an automobile assembly line, just waiting for a chance at stardom. 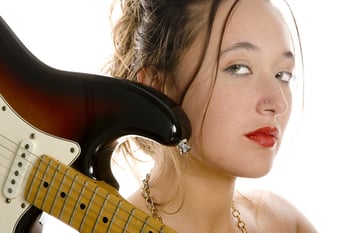 Despite owning a Stratocaster knockoff, Johnny — now 16 years of age — may drop by for an occasional visit to check out the sunburst ax of his dreams. On the other hand, it could be his neighbor Megan who has never given up her fantasy of playing lead guitar in an all-girl punk band.

At some point, Johnny and Megan will finish high school and go to college, but neither will ever give up their dream of owning a genuine Fender Stratocaster.

Cost is the second consideration mentioned above: Limited Edition Strats retail for about $1500.

Now a senior in college, Johnny can afford the $600 down-payment, but not the out-the-door price. Here is where CrossCheck saves the day with payment processing solutions such as Multiple Check that simultaneously satisfies the needs of Johnny and the music store.

Multiple Check allows Johnny to write three checks: one representing a $600 down payment and two others at $500 each to cover the balance and sales tax. All three checks bear today’s date, but the music store deposits the two $500 checks on future dates chosen by Johnny. He has a 30-day window to replenish his checking account, but leaves the music store with the ax of his dreams on the day of purchase. Meanwhile, the specialty retail store receives guaranteed funding as it deposits each check. It’s a win-win for Johnny and the store.

Learn more about Multiple Check by downloading our free guide.