Sales coaches in every industry tell us the best way to start a relationship is with an exceptional experience. So successful funeral home directors try to find a way to make that happen long before their services are required. 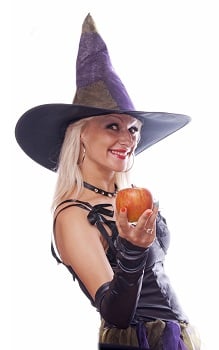 It's a tough slog, because even today there's still negative press about your industry.

But it can get a little easier at this time of year. Halloween and funeral homes were made for each other -- just so long as you're hyper-sensitive to the families you've already served.

Working so close to one of life's greatest mysteries automatically makes everything you do emotionally super-charged. Because of that, the funeral home industry has suffered from being misunderstood.

Legions of new funeral home directors, mostly female, try to break down those barriers through "radical transparency." Rather than sequester industry "secrets" behind closed doors, they invite the world into their practice to see and understand exactly what they do.

When done well, this transparency can build confidence and familiarity so that when the need arises, the relationship is already open and trusting.

As you know, if a family says no to embalming, it has a negative ripple effect on the contract total. They probably then won’t want to viewing [sic], and then they probably won’t want to purchase a casket, and they would then probably be less agreeable to having a traditional service and may turn that into a memorial service or worse just a cremation only.

That's an actual quote from an industry blog that ranks very well on Google.

When the general public reads it, it reinforces the notion that funeral home directors are just out to make a buck. A greiving prospect asking for guidance about a green funeral or a cremation doesn't want to feel like you only care about a "negative ripple effect on the contract total."

It's common knowledge that traditional funerals have increased in price 1,328% in just four decades, in part because the public's interest in traditional funerals has declined at perhaps an even greater rate over the same span of time; to name just one benchmark, creamations went from less than 4% of the total to 42%.

Add to that the fact that today fewer and fewer people identify with traditional religions and the ceremonies associated with them, and it's no wonder that funeral directors get creative when it comes to both their marketing and the unique ceremonies they're happy to tailor for their patrons.

Community outreach may be the most effective business development you can do today, especially if you're a locally owned and independent. The American zeitgeist has been adopting the "buy local" theme for some time now, and you might attract clients simply by pointing out that you are not part of Service Corporation International. That same woman looking for a green burial or cremation may prefer to receive those services from you than to line the pockets of a $4 billion corporation.

But for that to happen, she has to know you exist, and that's where Halloween might be able to help.

First rule: show great respect for the families you've already served and for the deceased in your cemetery. You're trying to get good press, and as one Arizona funeral home discovered, that can backfire. Occassionally patrons think that fun celebrations are disrespectful to the departed, although judging by all the funeral home haunted house videos on YouTube, that may be the exception rather than the rule.

Here in Northern California, where CrossCheck is headquartered and which may be one of the more progressive areas in the nation, Yahoo's highly visible CEO Marissa Mayer has taken the concept of a funeral home Halloween party to a whole new level. First of all, she bought a defunct funeral home in Palo Alto (for $11 million) specifically to throw one of the Halloween parties for which she is famous in Silicon Valley.

She got a little push-back from at least one person who had said her final good-byes in the funeral home, but it seems that Mayer's focus on elaborate decorations and child-like fun became the local's predominant memory of her party.

If that's a good lesson to learn, your Halloween party might focus on two things: first, demystifying death itself, and second, subtly highlighting your ever-expanding array of services. 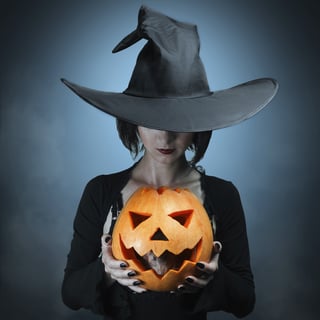 Regarding death itself, it's becoming more and more statistically likely that people actually do share a common experience when they die. Studies of people who have experienced clinical death and were subsequently revived keep revealing the same scenario: a tunnel with a light at the end, and, 98% of the time, an overwhelming sense of peace. (And yes, the other 2% do experience heat and fear...) Often a voice will tell the dead person that they have to go back to life just before the medical team's efforts succeed.

Scientists are also beginning to zero in on the mechanics of out-of-body experiences. Sometimes the clinically dead will float up above their body and watch what's going on, which they can describe with exceptional detail after they are revived. There's no way they could have perceived what they recount with their normal senses. In one instance, in fact, a blind patient was able to identify the color of the surgeon's shirt. Scientists have discovered that if they stimulate certain regions of the brain they can induce a mild type of out-of-body experience. They describe it as sort of physical déjà vu; rather than experiencing a moment and the memory of that moment at the same time, you experience your real body and nearby presence of your body at the same time.

Of course, figuring out what happens physically when these mind-blowing experiences take place provides us with no insight as to what they might mean from a spiritual point of view, so for the purposes of a haunted house you might embrace the post-death journey as entertainment while ignoring its profound implications.

Rather than emerge from the tunnel into the afterlife, put them into ghost-mode and have them walk past -- why not? -- vignettes of the services you provide. If you're willing to stage the departed, then hire a student actor to play a dead party-goer. If you're an expert at blending traditions into a single ceremony, then show two or three personified traditions waltzing around a coffin or urn. If you provide green funerals, show Mother Nature embracing the deceased.

Transparency sells in today's market. The more open you are with your community, the more likely your community will come to you in its time of need. Today, protecting the mysteries of your profession can work against you, while bringing the public into your place of business specifically to destroy those mysteries can create relationships for the long-term.

And to make sure that you remain independent of the SCI ticker, so you can cater to your community's needs and build a business that will serve your family for generations, be sure that you protect yourself from the mistakes and missteps people sometimes make when they are going through a life-altering event.

Some of our funeral home clients take half or more of their revenue in the form of checks, and there's no reason to risk letting any of that money morph into a problem for you. Let us guarantee those checks for you, so when you process them in accordance with your Service Agreement you know for certain that you'll receive the revenue. Prepare for next year's Halloween, and the year after that, rather than chase after returned checks.