When is the best time to buy a car? Keep this in mind. 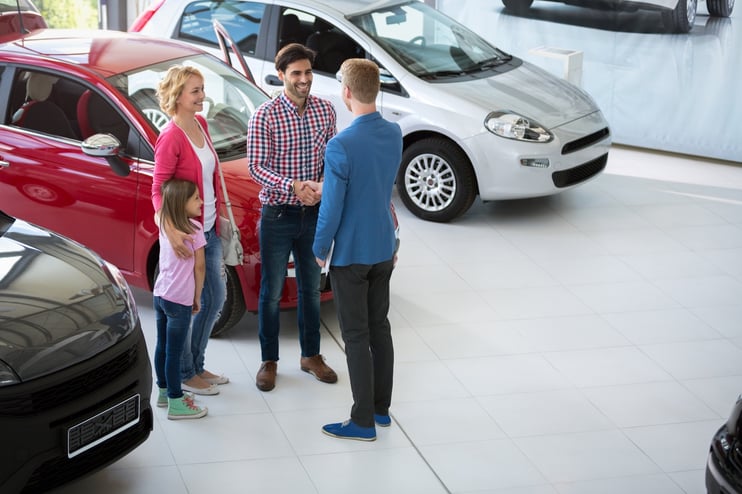 Buying a new car is the second most expensive purchase for the 62 percent of Americans who own their own home. For everyone else, it is the most expensive purchase they will ever make and determining the best time to buy a car is always a difficult decision. As careful as they might be, there are some facts of life that everyone needs to know before signing on the dotted line.

The first factoid is that most new cars will depreciate 50 percent of their purchase price in the first three years. The average new car today is about $35,000 and here are the assumed numbers behind the deal:

But if they paid a higher interest rate because they did not have good credit scores and — or put down a smaller down payment, or took on a loan with a longer term, or the car turned out to be a real turkey on the used car market three years later — then they could be upside down (which is why dealers offer “gap insurance”).

Other Opinions on the Best Time to Buy a Car 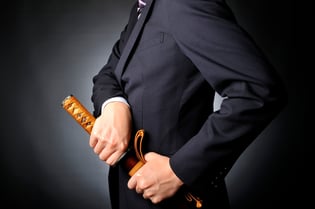 Recently, I ran across a column called Financial Samurai by a fellow named Sam Dogen. It turns out that Sam is pretty famous and over 25 million people have read his blog – who knew? Sam has two rules for car buying, which I think would work pretty well for many people. They would not work for me because I am a car collector. My motto is, “Children come and go; cars are forever.”

But for the average person, who does not have an emotional attachment to their car, these rules might work. They are a little harsh, but when one considers that most Americans are living beyond their means, a little financial discipline might not be a bad thing.

Do you think I’m exaggerating? Let’s look at the facts, as compiled by Andrew de Pietro in his blog at www.gobankingrates.com.

There are about 150 major metropolitan areas in the country. The San Francisco Bay area, where CrossCheck is located, is one of the richest regions in the U.S. The median household income is $96,777. Los Angeles is significantly below this, with a median income of $64,300. However, this survey of urban living expenses shows that to “live comfortably” in L.A., people need an income of $76,047. One probably does not need a new car to live comfortably in L.A. unless of course they are living in their car (only kidding).

The old rule of budgeting was not to spend more than 30 percent of income on housing, but this rule went out the window here in the Bay Area a while back. Whatever is left goes to the other major living expenses, some of which go to support a car, such as gas, insurance and repairs. Then, when income tax, property tax and sales tax are factored in, there is not much left for food and clothing. This can be very stressful!

Living Beyond Their Means

Why do people buy more car than they can afford? Well, I am not a psychologist, but there are plenty of theories out there. Obviously, one is that the buyer has no self-control. Don’t laugh – this could be you.

Another theory is that buying a car is a very emotional purchase. Cars are a reflection of our identity and how we want others to see us. It is normal to want to impress our friends. People are spending emotionally when they open the door and get the first whiff of that new car smell, and by the time they return from the test drive, they are hooked. 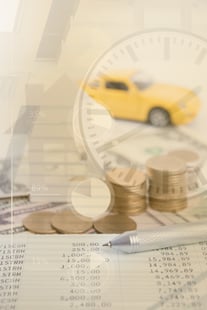 There is a sociological theory called lifestyle creep. Basically, it refers to the situation where people have worked long and hard, living with funky old furniture and an old car that is falling apart. Then suddenly, they get a raise or a new job with some disposable income, and they want to reward themselves. This is perfectly normal, but it does not include taking expensive vacations, eating out every week, or suddenly replacing an entire wardrobe. Just because one gets a raise does not mean they have to spend all that additional money — they could, for example, save it or pay down debt.

A corollary to the lifestyle creep theory has to do with the people we are hanging around with. If our friends want to go out to eat every week at a fancy restaurant or take expensive vacations, and they expect us to join them, it might be time to look for another set of friends or find a new set of activities! When we get into this kind of loop, it is easy to confuse wants with needs.

Sam’s Rules for the Best Time to Buy a Car

One is what he calls “the 1/10 Rule for Car Buying” — we should not spend more than ten percent of our gross annual income on the purchase price of a car. By this theory, to purchase the average new car at $35,000, we would need a gross income of $350,000!

Sam points out the “opportunity cost” of investing these funds instead of holding a depreciating asset. What if we had invested $500 a month in the stock market over the last three years instead of paying a car loan? We would be better off financially and probably psychologically too because we would have a lot less financial stress in our life!

As an alternative to the 10 percent rule, Sam says we should never spend more than 5 percent of our total net worth on a car. This would mean that an individual would require a total net worth of $700,000 to buy the average new car. This seems a little draconian, especially considering my own rule, which is “You can’t take your dough when you go, go, go.” In other words, you can’t take it with you when you depart this mortal coil for parts unknown, so you might as well enjoy yourself now!

The Wise Choice in Best Time to Buy a Car

To be more realistic, people need safe and reliable cars for many reasons, not the least of which is going to work to pay the bills, taking the children to school, working a second job, taking care of elderly parents, and a host of

other things. They don’t want an old car because they have already had the “thrill” of replacing a transmission or possibly a motor and know how expensive this is and that at some point the repairs seem to be a never-ending proposition. They don’t see the car as a luxury; they see it as a necessity. I think this is the case for most people.

When in the showroom looking at new cars, think through the numbers that you will have to live with for the next five years. Most people will qualify for the car loan from the bank, but not everyone will have a few thousand dollars in cash for the down payment. This is where CrossCheck comes in.

Using the Multiple Check program, CrossCheck allows buyers to write up to four checks for the down payment. Buyers tell the dealer when to deposit them in the future, and CrossCheck guarantees these checks so the dealer is not taking a risk. Buyers don’t have to apply for credit and don’t pay interest to CrossCheck or the dealer. Checks are approved at the dealership via terminal, phone or CrossCheck’s online Merchant Check Center, then returned to the buyer with a receipt. Furthermore, CrossCheck can do the banking for the dealership if Multiple Check is used in conjunction with CrossCheck’s Auto Industry Remote Deposit Capture Solution (C.A.R.S.).

We know that many people might not have all the funds today, but we also know that if we give them additional time to come up with the money, they can do it, whether it is just three extra days for a single check or one month for 3 – 4 checks. We have done this kind of thing hundreds of thousands of times over the last 34 years, and we have tens of thousands of merchants who rely on us daily. We make a sale happen, which is a very good thing for people, emotionally, as the new car buyer, and for the dealer who needs to clear his lot to make room for the new models!

When is the best time to buy a car? The answer is when a dealership completes a sale using Multiple Check. Download the free Multiple Check Insider’s Guide to learn how it can complete more guaranteed sales at your dealership.