Selling vs Leasing: How Auto Dealers Make Their Money 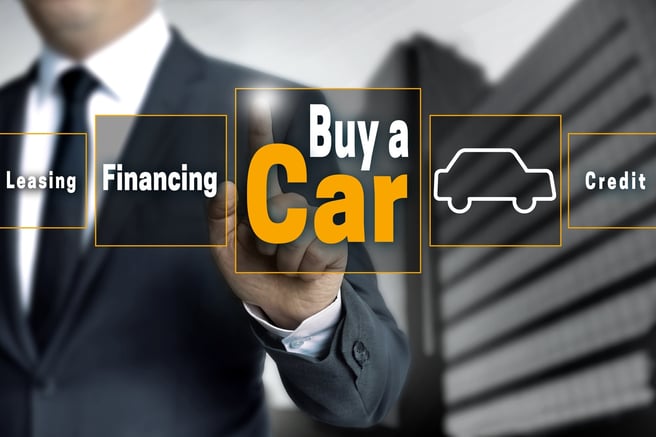 In 2017, about a third of all new vehicle transactions will be completed with a lease, making it a very important part of the dealer business model as well as the consumer experience. In this short article, we want to explore two questions: “How does the consumer determine whether to lease or buy?” … and “How do auto dealers make money on leasing?”

To get straight to the point, there is no absolute rule because each consumer has different needs — some financial and some emotional. Let’s compare what goes into the process.

Most people think leases are a relatively recent development in the United States. As it turns out, the  leasing of horses and wagons by livery stables began way back in the 1700s, and by the 1870s, leasing was widespread for the railroad industry rolling stock.

After WW II, automotive leasing became a mainstream business, and in 1954, U.S. Leasing Corporation became the first company formed to specifically lease general equipment. Early leases were net leases, meaning that the lessee paid all the expenses of maintenance, insurance and taxes.

The modern auto lease was invented by Eustace Wolfington in the early 1960s. At that time, finance companies only dealt with business clients, not directly with consumers. Wolfington’s idea was to get the consumer to move from a four-year car loan to a two-year lease, which would enable him to sell more cars because the consumer would be coming back twice as often! 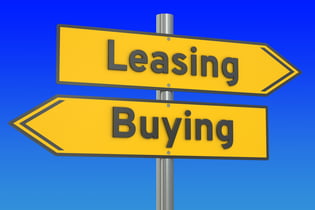 To accomplish this, he had to reduce the cost of financing a new car. His equation was to have the consumer finance or lease only half of the car’s price, which was a pretty brilliant idea. After two years, the dealer would take the car back and resell it. The trick was to predict the residual value pretty close to the actual market value in two years.

Lenders were skeptical that the resale value two years later could be predicted accurately. To make it work, Wolfington had to get institutional lenders to lend on a non-recourse basis. Ultimately, he signed up over 50 banks for the program and published the first leasing guide.

He also created the first lease renewal program when he found that consumers would return the car at the end of the lease, and then go away and buy a new car from another dealer.

From 1965-1968, fleet registrations averaged only about 774,000 vehicles each model year, and leasing had not yet gained traction beyond the rental car industry. But Wolfington’s concepts were ultimately adopted by the Ford Motor Co. in the 1980s and form the basis of the current lease model.

As an aside, here is an example about the importance of predicting residual value. When the Cadillac Allante came out, Cadillac announced in late 1986 that it would peg the residual value calculation to the depreciation of the Mercedes 560 SL, its theoretical competitor. Guess what happened? Allante resale value dropped like a stone while the Mercedes values held steady. Cadillac lost as much as $14,000 per car on this promise, which they reneged on in September 1991. This engendered class action lawsuits and created a whole class of people who said they would never buy a Cadillac again. It turns out that predicting the future is difficult.

Down Payments in the Sales Process

When consumers BUY a car, they may not have to make a down payment, depending on their credit score. This has changed the most basic assumption here because for years it was that if people bought a car, they had to write a big down payment check. If they leased a vehicle, however, they only had to write a small check, called a “drive-away fee.” 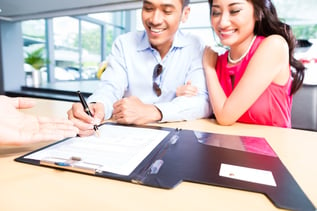 For the last few years, anyone with a good credit score did not have to make a down payment, so this logic went out the window. Moreover, the price of the average new car has gone from $27k to $35k in a short period of time, which also changes the equation.

Traditionally, monthly payments are usually lower for a lease, although now we are seeing six- and seven-year purchase loans, so people can qualify for bank loans and effectively lower monthly payments. After paying off the loan, consumers have two options: sell the car or keep it for a long time. The net cost of the latter may be surprisingly affordable depending on the condition, mileage and resale value, and if they choose the right car (i.e. a popular model).

Consumers retain the freedom to sell it whenever they want, but they should be aware that the value will depreciate as much as 20 percent the day they drive it off the dealer’s lot!

Down Payments in the Leasing Process

When consumers LEASE a car, they will have a pretty big amount due at signing, often a few thousand dollars. They will have to keep the car in pristine condition or be charged for every little scratch and ding when they return it. If they rack up excess miles beyond the contract amount, they will find that leasing can be very expensive! This is because a lease typically allows only about 10,000 – 12,000 miles a year, and mileage after that is billed at fifteen cents per mile or more. 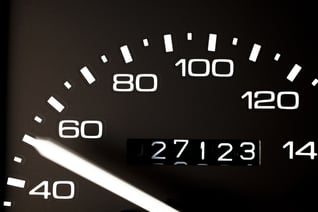 A lease contract is difficult, well almost impossible, to break. The monthly payment will typically be less than buying, so consumers can lease a more expensive car. If they have a small business and the business leases the vehicle, they can deduct the full cost of the lease as a business expense if it used to conduct business.

Leasing normally includes all maintenance, but because new cars typically have a warranty period that exceeds the lease period, this is not such a big deal. Every new car today has a three-year bumper to bumper warranty anyway. Buyers might have to pay for oil changes, but tires will last 50k miles, or well beyond the lease period.

The traditional wisdom is that because leasing costs less up front, consumers can drive more car than they can afford, and can upgrade to the latest model every two years. This might be an important consideration if they live in Beverly Hills.

There is actually a third option, called LEASE TO BUY. Here, at the end of the lease, people can buy the car based on the residual value, or what the dealer estimates he can sell it for. If consumers really like the car and have taken good care of it, this might be a good option, particularly if they can buy it at a discount because the dealer does not want to recondition it and remarket it.

Consumers can do the numbers to determine what the costs will be for each option.

We will compare two three-year leases against one five-year purchase loan.

When you add up the down payment and the total of the monthly payments for six years (two three-year leases), it will appear that leasing is cheaper. 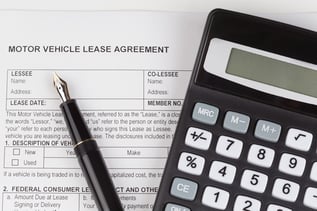 Dealers will generally make more money doing a lease than a straight sale. For one thing, consumers are confused or intimidated by all the terms involved such as “money factor,” “capitalized cost reduction,” “residual,” “acquisition fees,” etc.

Second, consumers are accustomed to negotiating with dealers when they buy a car, but when they lease, they are told that the “price is set by the leasing company and there is no negotiation.” So, consumers focus on the monthly payment, not the overall price. This is not true, of course; they can negotiate price and payments, but most consumers will not do so for a lease, so that is a big difference right there.

Next, there are more ways for dealers to make money with leasing. For one thing, when the dealer does the lease with the financing source, the actual selling price of the car is not separately disclosed in the lease contract – it is included in the “gross capitalized cost,” a number which includes other items too. This makes it difficult if not impossible for the consumer to know what they actually paid for the vehicle!

With a lease, there is no interest rate as with a loan. The lease has what is called a “money factor” set by the lender that is applied to the “lease capitalized cost.” The dealer can mark up the money factor and get money back from the leasing company, the difference between the “buy rate” and what the dealer sells it for. It is almost impossible for the consumer to determine what the actual interest rate is. (To convert the “money factor” just multiply it by 2400. For example, a factor of .00375 is a 9% interest rate). 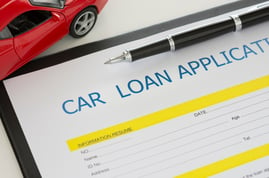 If the dealer makes a 3% markup on the financing, they can make a profit of more than $1500 right there. The dealer can pick and choose from leasing companies, and can choose one which will finance the full MSRP of the car, so they can add high margin items such as paint protection and other relatively useless add-ons. Other services can be added and it is difficult for the consumer to determine the actual cost because it is bundled in the lease rate. Gap insurance is usually mandatory for a lease and the dealer makes a profit on this. On a three-year lease, for example, just adding $31 to the monthly payment doesn’t seem like a lot, but it equals $1116 over three years!

In conclusion, whether it is leasing or buying, it is important for consumers to conduct research and understand all the terms of the contract.

While leasing offers advantages for people with a limited amount of cash to put down at closing, a lease will always engender a “drive away fee,” which can be a few thousand dollars. Many times, the consumer will just need a little extra help to come up with this fee, and that is where CrossCheck comes in.

With the Multiple Check program, CrossCheck stands in at the point of sale and allows the consumer to write up to four checks to be deposited over the next 30 days, so they have some extra time to come up with the money without applying for credit or paying any additional interest.

Multiple Check is an absolutely indispensable tool for the dealer, whether they are leasing or selling a car, and best of all, it gives the consumer peace of mind, resulting in a higher Consumer Satisfaction Index score for the dealer! So this is a win-win all around. Learn how Multiple Check can increase sales at your dealership by downloading our free guide.