Even better, they think this trend won’t slow down, and that sales will increase through 2018. 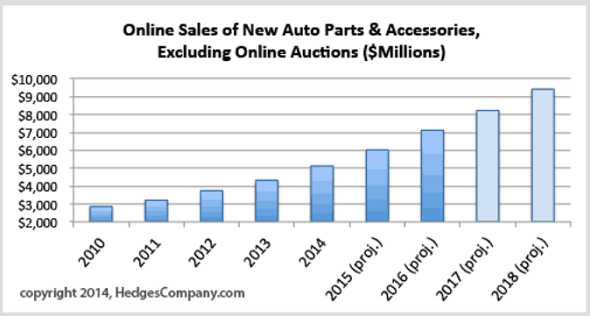 And Lowriders may have something to do with it.

From their beginnings as a post-war phenomenon in “Aztlan” – a word lifted from Aztec mythology that now refers to all of the Southwestern United States – Lowriders are on the verge of taking over the globe, and successful auto aftermarket owners and managers might look to this trend as a potential source of revenue.

Lowriders take a completely unique approach to vehicle modification. They turn them into works of visual art, and rather than race them, they design them to drive at walking speed with the chassis barely off the ground.

The art form’s originators had the best possible reason for doing this: For centuries small Mexican towns would celebrate a “paseo,” a holiday where unmarried men walked in one direction around the town square while the unmarried women walked in the other, blushing and making eye contact to spark a romance.

The Lowrider fits that tradition. All that matters is looks, class and style. Speed works against you.

And yes, it is a guy thing.

Lowrider Magazine, whose audience now exceeds four million people and whose website gets nearly a quarter of a million unique visitors a month, has a an audience that’s 91.4% male, with most of them between thirty and sixty years old – probably a lot like your clientele.

These artisans have taken their craft to unbelievable levels. On “Jay Leno’s Garage” the former Tonight Show host and avid car collector let one of them show off his creation.

Every single part of the car had been carefully engineered and artfully rendered  – even underneath, where the suspension had been chrome plated, beautifully engraved, and polished:

But perhaps the most interesting part of the engineering was in what used to be the trunk. The four devices you see are four hydraulic pumps:

Lowrider aficionados covet American cars from the 1950s through 1970s because it’s relatively straightforward to attach hydraulic pistons to the frame, one at each wheel, enabling the builder to raise and lower the chassis at will.

The reason for doing this has a less pleasant historical cause; when Lowriders first began congregating, “paseo-like,” some gang activity imposed itself, so the police began to associate the cars with the gangs. In an attempt to deprive them of their Lowrider’s special looks, lawmakers placed restrictions on how low a car could go. So the Lowriders used hydraulics to lower the car when they wanted to look cool, and to raise it up to comply with the law when they were on the road.

Almost immediately they discovered that a skilled operator at the hydraulic pumps’ switches could make the car jump and dance, a phenomenon now wholly incorporated into the Lowrider aesthetic.

Often at car shows owners will lay mirrors on the floor so their guests can see the workmanship and artistry put into the car’s jumping mechanics. 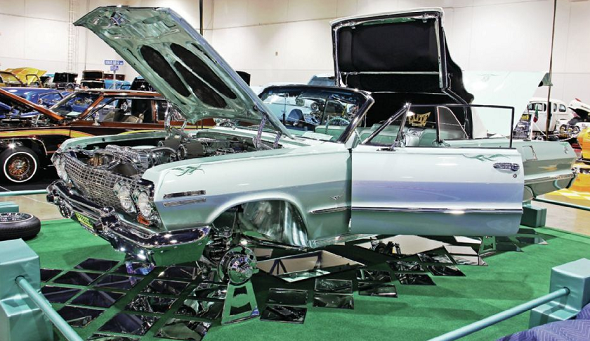 Personalization Limited Only By Imagination

Owners show off a lot more than that at these shows. Some interiors are exquisitely restored: 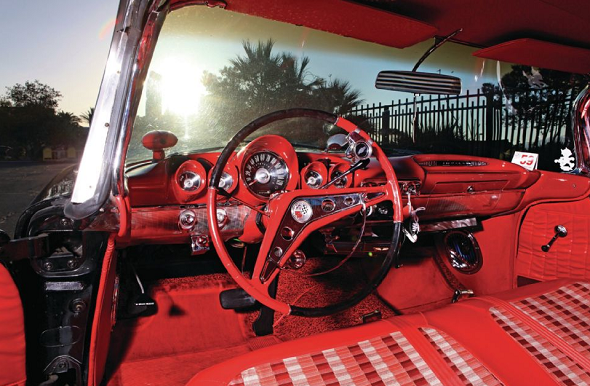 While others are purely whimsical: 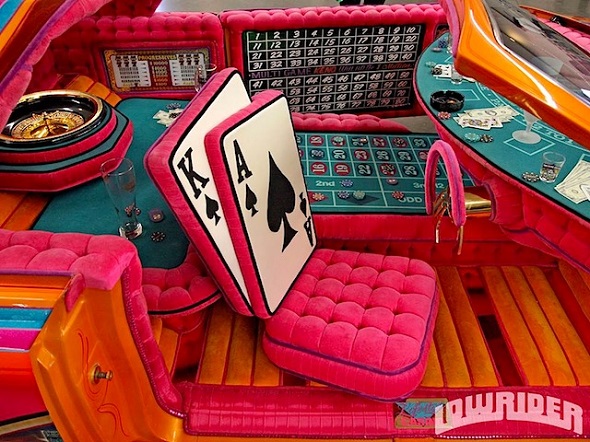 And of course, the Lowrider crowd has taken exterior painting to extraordinary levels.  Borrowing a page from the Dutch master Johannes Vermeer, they paint several layers, some translucent, some containing reflective materials, and some containing pigment to create a remarkable variety of luminosity and even motion in their images. This doesn’t come through in photographs as well as it does in person, but here are some select examples. 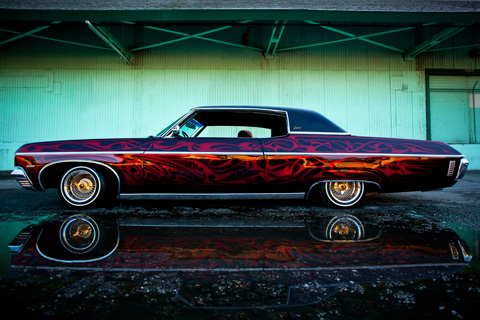 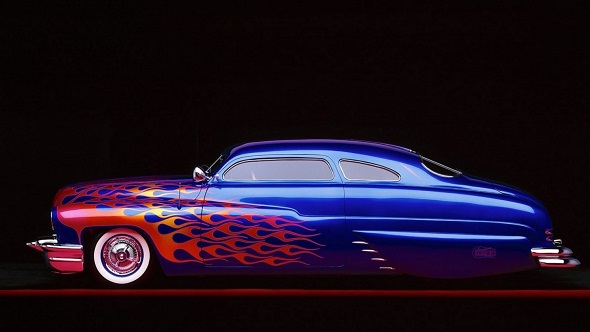 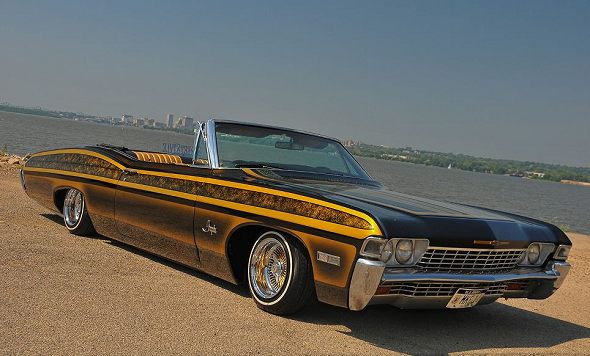 But by far the most interesting thing about Lowrider phenomenon is the fact that it has now gone global.

Here’s an extreme interior done in Japan. Notice there are no instruments, just plush: 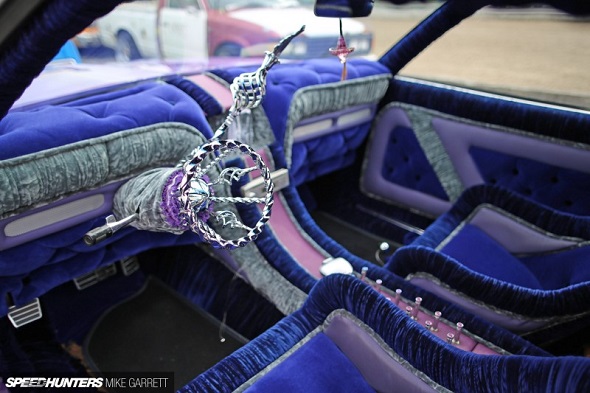 And here’s a car from Brazil, where the scene in Sao Palo has really taken off:

And while it’s spreading across the globe, it’s also spreading into other vehicles as well. Lowrider Magazine has a whole section on motorcycles:

But given the century-long tradition of modifying motorcycles, that may not come as much of a surprise.

The way they do it in Japan, however, might strike some as exceedingly original: 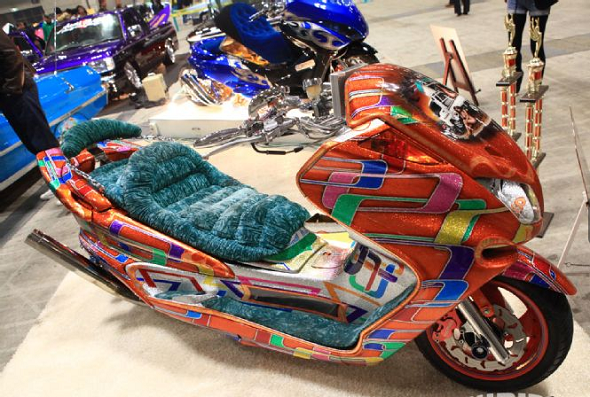 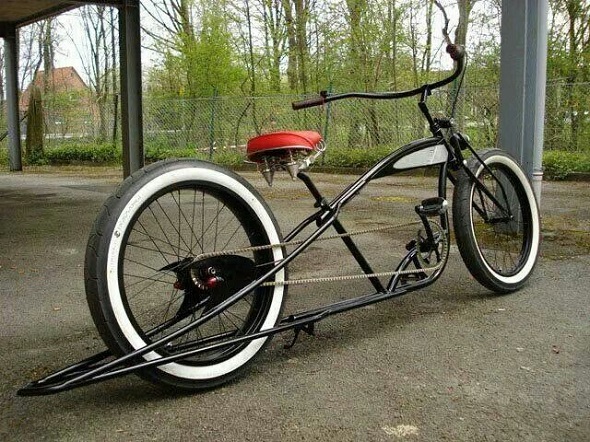 To the “it’s not finished until everything is attached to it” school: 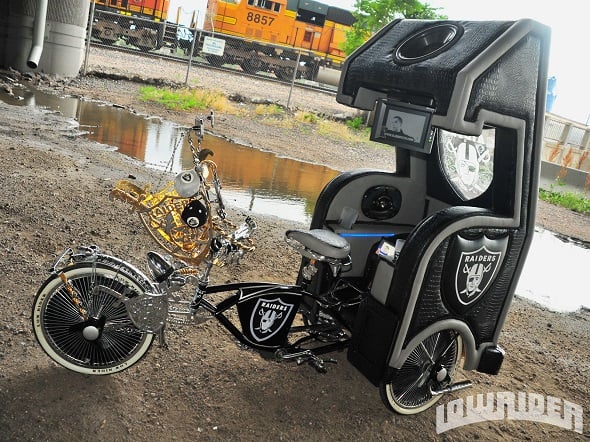 Possible Answer to the Millennial Puzzle

When thinking about what this remarkable craftsmanship might mean to your business, it’s worth noting that in a recent study conducted by MTV and presented at the National Automobile Dealers Association tradeshow in San Francisco last month, they found that Millennials wish there were more options for them to personalize their cars.

No one expected one in five Americans to get a tattoo, a trend gathering steam for a decade now, and the tattoo parlors that took care of out-of-the-ordinary clientele first profited from the trend the most.

Maybe your shop is the one that begins to offer personalization options to your clients and your community, anticipating a trend and positioning yourself to profit from it.

And whether you’re selling a regular lift kit or if you’ve got a Millennial who wants mood lighting for his car’s interior, you’re going to want every tool at your disposal to close the sale. Since the beginning of the recession Americans have been writing more checks at retail establishments, primarily for purchases of over $100. Make sure that when you have a sale on the line you don’t trip over this form of payment. Not only can you deposit the check directly from your point of sale, you can also have the revenue the check represents guaranteed. Find out how here.