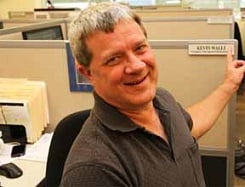 Father’s Day rolls around on the third Sunday in June, tomorrow, and the red carpet is rolled out for dad, the kids are quiet and respectful, the adoring wife waits on his every need and Dad kicks up his feet and watches his favorite teams play ball. Later that day he emerges from his well-stocked man-cave and barbecues a few steaks while enjoying a cold beverage. Does this sound as special as Mother’s Day? Well…

Dads are unsung heroes who don’t attract the attention that Moms do. While the first Father’s Day was observed in 1910 in Spokane, Washington it was not until 1972 that Father’s Day was signed into permanent law. That was 58 years after Mother’s Day was officially recognized as a National Holiday. We just don’t spend as much on Dad or take him out.

The best Father’s Day gifts I have received have not been store bought, material things. When my daughter was young she would make her own Father’s Day cards for me, and sometimes at her school she’d make some gifts. I have a tile in the kitchen that she made in class. On the tile she painted LOVE DAD. The lines are crooked and the lettering is shaky but you can tell that my precious 5 year old girl put a lot of effort into it. I have a pen holder on my desk from her and I have a card she made on notebook paper with “I Love Dad” written 20 times down the page. Of course I still have the neckties and tools I received as she got older, but the things I received as a relatively new father mean the most.

The fact is, fathers don’t want money or restaurant meals. We want handmade tiles and pen holders, and we really don’t mind if you give more attention to mom (we picked her in the first place, remember!). The personal touch is guaranteed to please Dads on Father’s Day (and I think that I can state that with absolute certainty).

Guarantees in life are few and far between, so another sure winner is having a check processing service provider guarantee that the check that Dad accepts at his business will be paid. True, checks seem less popular than credit cards since they’re not used as often – but like Dad, they’re the go-to resource when something important needs to be done.

The fact is that checks are used to exchange more money than other payment types, all out of proportion to their prevalence. According to the most recent Federal Reserve Payments study, the average per check payment increased from $1,103 in 2009 to $1,420 in 2012. With the large amounts of money paid by checks, wouldn’t you want Dad to protect his bottom line with a guarantee?

So maybe give Dad a handmade check for Father’s Day. But not for money – let him cash it in for a hug or a long phone call.