In 1983 we went to the theatres to see Star Wars: Return of the Jedi, Flashdance, Sudden Impact ("Go ahead, make my day"), Scarface ("Say hello to my little friend") and Terms of Endearment. We bought records such as Michael Jackson’s “Thriller,” David Bowie’s “Let’s Dance” and “Syncronicity” by The Police. If you were young and had an active social life like my friend pictured here you went 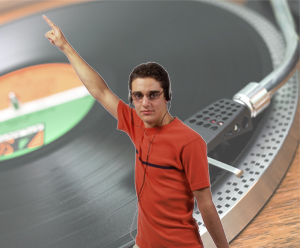 out wearing your Izod shirt with a cool Members Only jacket. You listened to music on a Sony Walkman with your favorite cassettes.

1983 was also the year that CrossCheck, Inc. was incorporated. We have seen many changes in the payment processing industry in the past 30 years and will see more as the industry evolves.

CrossCheck has expanded from a small business with a handful of employees to a business with headquarters in California and branches in Arizona and Texas. Streamlined claims handling, 24/7/365 live customer service at no additional charge, internet approval, web reporting and loaner equipment are some of the reasons our service stands out from the competition.

The year 1983 seems like a long time ago.
If you were around 30 years ago and want to take a trip down memory lane you may be surprised at the major events that took place. Here's what was happening in 1983:

We like to think that life is better, now. We can watch movies on our phone, pay our bills online and connect with friends around the world whenever we want. Of course who would have guessed back then we would happily pay $5 for a cup of coffee!

Today, at CrossCheck, we continue to provide quality products and a high level of customer service. We are an accredited

member of the Better Business Bureau (BBB) with an A+ rating. We are dedicated to community service supoporting the local food banks, the Salvation Army and the Little League National Champion runner up, Petaluma Little League. We are committed to making the next 30 years just as good for our ISOs and the merchants we serve.

Do you have some favorite memories from 1983? Share them here.