The Auto Aftermarket Secret You Can Learn from Paper Maps

It’s true that over the past twenty years OEMs have increased the number of parts per car by more than half, topping out today at ten thousand and opening considerable opportunities for auto repair shop owners and managers.

It’s also true that people invest more in their older cars than they used to, creating an entirely different set of opportunities for auto aftermarket owners and managers.

But the single most important thing successful aftermarket businesses might consider today is this: people still love giant paper maps.

Before looking at how that affects the auto aftermarket, we need to look at the much bigger impact the economy is having.

First of all, Americans can finally find jobs, with the number of jobseekers per job nationwide falling to 1.6 in April. That’s the lowest it’s been since before the recession. Even better: some industries, especially construction, have more jobs than they can fill.

It’s not a full recovery yet. Fed Chairwoman Janet Yellen recently explained that the number of people who want full-time employment but who can only find part-time jobs remains historically high, saying that this “…represents labor market slack that could be absorbed in a stronger economy.”

But even while we wait for that to happen, you’re probably already seeing stronger demand for your products and services. U.S. retail sales surged in 1.2% May, partially making up for the year’s slow start, and job openings rose 5.2% in April – the highest gain since the Labor Department began measuring it in 2000. That helps explain how service stations showed one of the strongest gains of any business type last month, increasing sales a healthy 3.7%. 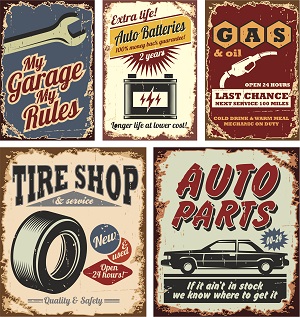 You’re not the only one angling to take advantage of this long-awaited shift.

A recent global study found that the auto aftermarket, in aggregate, generated a 54% profit margin. A number like that is bound to attract a lot of attention, so in addition to the competition from online dealers with which you’re already contending, analysts expect OEMs themselves to muscle in on your market.

How? By trying to make OEM parts compete with aftermarket parts on price, especially now that people keep their cars longer and demand more service. Market demand for OEM parts may squeeze your margins on the hardware, even as you’re selling more service along with them.

That’s not the only thing changing. Bosch opened an online shop on TMall, a giant Amazon-like online marketplace in China. They made $9 million their first year, and their competitors are tripping over each other as they follow their lead into China and other emerging markets.

It’s only a matter of time until this overflows into the domestic market even more than it already has. Despite the obvious channel conflicts, Goodyear, for example, already sells direct to consumers, cutting the aftermarket’s portion of the sale to fulfillment alone.

However, as you know, the direct market will work only for those customers willing to do the research themselves – a small minority. Most people show up at your shop with questions, not answers, and they need guidance, not a defined unit of labor.

So of course OEMs have their eyes on that business, too. Following Tesla’s lead, General Motors recently integrated prognostic capabilities into OnStar. Analysts suspect that they intend to automate the scheduling of maintenance. The car will let the OEM know that service is needed, it will order OEM parts, and it will have the driver schedule an appointment.

Independent “service aggregators” such as Openbay and RepairPal aim to do the same for everyone else.  Openbay has already piloted a diagnostic phone app that does the same thing as GM’s OnStar, except theirs connects the owner with a repair shop in their network.

That’s an interesting twist, because it puts the aggregator in partnership with both the customer and the independent aftermarket business. Should they succeed, their ability to drive customers to select fulfillment providers may become an important consideration for any aftermarket owner or manager.

Which is not to suggest you’re at risk – in fact, analysts say that these aggregators’ ability to enlist your cooperation will be the most important factor determining their success at establishing this new model. 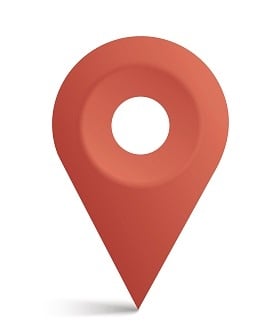 And that brings us to the paper maps.

Remember Garmin and TomTom? You probably sold them – and you may still sell the professional versions. Early adopters of GPS technology believed that the paper map would go the way of the dinosaur, and everyone else tended to agree. As soon as smartphones took over, it seemed obvious that a paradigm had shifted.

But if that’s true, then how is it that National Geographic, which has been printing paper maps for a solid century, sold more of them in the last three years than it ever has before?

"It's almost like a golden age in mapping,” Charlie Regan, head of their map division told USA Today, “More people than ever before are using maps every day. For me, that's fantastic, and it's an opportunity."

Regan might have more to say about your business than the analysts dreaming about virtual diagnostics and a new distribution model.

Are your customers really waiting for a computer to tell them their car needs service? And if it does, will they listen and obey? Or will they bring it in to have you shut the darn thing off, knowing that your annual maintenance is all they need?

Will they flock to OEM parts when they’re the same price? Or will they invest a little extra for safety and performance, opting to trust your judgment and the high quality, high-performance parts that are already your bread and butter?

We have a unique insight into these questions, because analysts have been predicting the demise of our business for decades. Paper checks? Who needs them?

As it turns out, practically everyone does. Some of our auto aftermarket customers receive up to 70% of their revenue in the form of checks. According to a Federal Reserve study, one in five purchases over $100 is paid for with a check. We’ll guarantee that revenue for you, assuming you follow your Service Agreement, so you can focus on your customer without worrying about payment. To learn more about check guarantee, click here.

That’s the quality we bring to the table, and we know from thirty-plus years of experience that quality sells, and performance matters.

The digital map makers know that, too. How can we tell? Well, according to the Wall Street Journal, below is a photo of the map-making unit at Google. Can’t help but notice what they have on the walls… 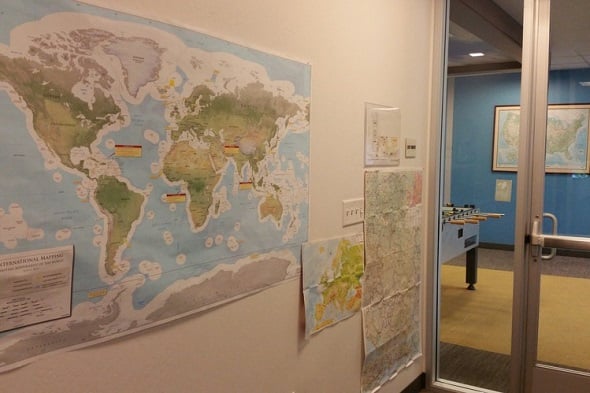