The Rising Cost of Auto Insurance & How Dealers Can Help 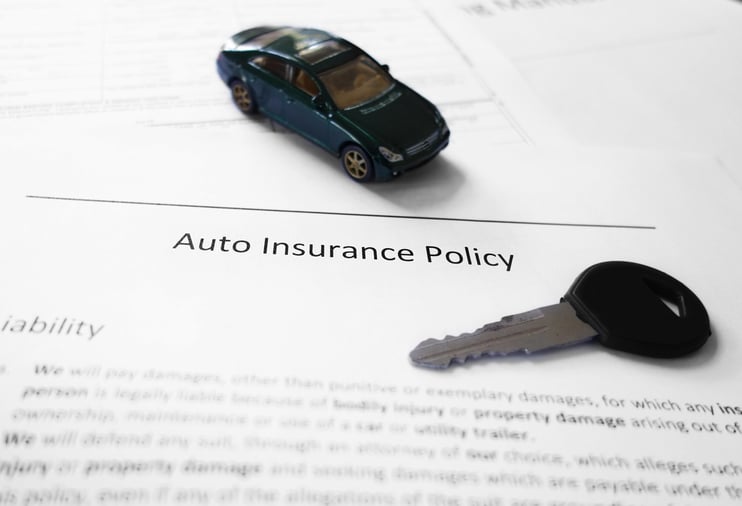 Studies show that the average car repair bill has gone up by about 30 percent over the last three years while auto insurance has risen almost eight percent just last year. Why did this happen and will there be enough left over in consumer coffers for them to buy new cars? Auto dealers can help, but the how and why may surprise some readers.

Well, the increase in auto insurance has to do with “safety technology.” In a low speed collision, typically in a parking lot, the parts of the car most prone to damage are the front and rear bumpers, which of course are not really bumpers anymore.

Remember the big ugly exposed five-mile-per-hour bumper of the 1980s that stuck out a few feet from the car? Those are not around anymore. When a driver hits a low curb with a modern auto, they are going to take out a set of driving lights, an ultrasonic sensor, a radar sensor and perhaps a camera as well as the plastic surround that covers the actual impact-absorbing bumper.

The Cost of Repairs 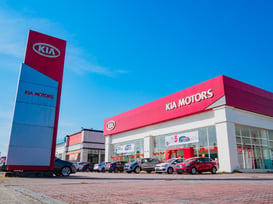 For the purposes of illustrating the repair costs of a common damage type, we will choose a particularly egregious example, the Kia K900.

During a broadcast of “Autoline: This Week,” I-CAR CEO and President John Van Alstyne spoke about this. I-CAR is the nationally recognized training and educational resource for the accreditation of car repair professionals.

Now this particular car is a bit of an ironic choice: a luxury version of what would typically be regarded as a budget vehicle, which is how the Kia is typically viewed. Except in this case, it is not.

He said, “A normal, left-front corner hit on a Kia K900 would result in a repair bill of circa $34,000, compared to an average of about $8,000. … So what happens is that the insurance cost goes up, total life cycle cost goes up, driven by the cost of repair.”

This is most likely a real outlier since not too many people would say to themselves, “Hmm, I think I’ll get a luxury car, but instead of a Cadillac or Lincoln or Mercedes, I’ll get a Kia!” In fact, Kia sold only 27 of this model throughout the entire country in August 2017, 53 in August 2016, and 386 in August 2015. I wonder what those buyers were thinking!

To put things in perspective, the average new car costs about $35,000, and if one had to buy all the parts individually, it would cost three times that! Obviously, one way to lower exposure is to buy a cheaper car!

Before one buys, they can: (1) check out the “frequency of repair” statistics for the car they like and; (2) call their insurance company and ask how much the premium is going to be. They might be in for a big surprise and it might even change their mind about which car to buy. To use an obvious example, a Chrysler minivan is going to be a lot cheaper to insure than a new Corvette.

So while this example might be an exaggeration, the reality is that any crash is going to cost some real money because deductibles keep going up to keep the cost of the auto insurance premium affordable.

Let’s be clear that an accident claim will generally increase premiums, particularly if a driver is at fault and they have multiple claims. Premiums can go up as much as 40 percent after a first crash and double after a subsequent at-fault crash. The goal here is to keep a realistic deductible — simultaneously affordable and as high as possible — and to not have any claims. Sometimes life throws a curve ball though, especially in the realm of auto insurance.

This brief overview explains the somewhat confusing nature of how much and what kind of auto insurance consumers should have.

The first step is to figure out the types of coverage that is needed — comprehensive, collision and uninsured motorist — as well as the deductibles for comprehensive and collision. Higher deductibles reduce the price of 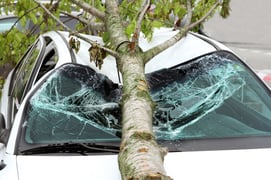 premiums, but in the event of a claim, drivers will need to cover the amount of the respective deductible before receiving compensation from the insurance company.

Collision covers damage that is caused by accidents with other cars and foreign objects such as a tree, pole or anything else.

Comprehensive pays for damage caused by something other than an actual collision: theft, vandalism, fire, natural disasters, civil disturbances, or damage from hitting an animal, like a deer. Comprehensive coverage is generally required by the lenders of auto loans, and it may not be worth the additional cost for older cars that are paid off and have some cosmetic issues.

If one is “unlucky enough” to experience any of the above, they should request a police report to verify the claim. In fact, their carrier might even require it given the amount of insurance fraud out there. If drivers are not at fault, a comprehensive claim should not raise their premium, and some states actually prohibit this.

Windshield coverage is not covered by comprehensive coverage, but some states require carriers to replace a windshield at no cost to the insured. Most insurers have a “full glass rider” that has a zero deductible.

Now what if one gets hit by another driver and it is their fault, such as being hit in the rear? In these situations, the other driver’s policy should pay for the damages and medical care for any bodily injuries. The cost of the damages would fall under the property damage portion of the other driver’s liability. Most industry experts recommend 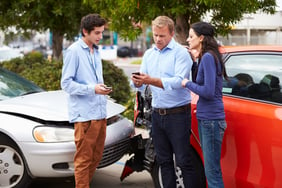 carrying $50,000 in property damage (not many cars are pricier than that). If the other driver is uninsured or has lower coverage, then a driver’s own collision coverage should cover the repairs. (Note: about 13 percent of drivers are uninsured — about one in eight — so while evaluating this coverage, one should ask themselves, “Do I feel lucky?”).

Remember, auto insurance should also cover personal injury as well. There are about three million new whiplash cases every year, and about 35 – 50 percent of those victims will suffer long term pain. A claim for whiplash can cost up to $30,000 or more if physical therapy is needed, and it could be three times that amount if there is soft tissue damage to the vertebrae! Yes, health insurance might cover the hospital expenses, but it might not be enough.

Fortunately, there is a simple formula that helps determine how much to spend on auto insurance. It’s called the

The following example demonstrates how CrossCheck can help make this equation work for consumers.

A buyer qualifies for a bank loan on a car, but he/she needs to come up with a $2,000 down payment at the time of purchase. They currently don’t have $2,000, but can pay that amount if given an extra 30 days to replenish their checking account.

If the auto dealer is using CrossCheck’s Multiple Check service with Remote Deposit Capture, then the driver simply writes four checks for $500 each and tells the dealer when to deposit them over the next 30 days. CrossCheck handles the banking for the dealer and guarantees the checks so the dealer can close the sale without risk.

Multiple Check is a win-win for buyers and sellers thanks to CrossCheck and our check guarantee program! We make the sale happen and everybody benefits. Buyers have enough money left over to get the right amount of auto insurance to protect themselves and their families. They don’t have to apply for credit or pay interest, but they do

get to drive their car off the lot on the same day!

Meanwhile, dealers are pleased because they have happy customers who will hopefully come back when they need service or another car.