Self-Driving Cars: How Soon, How Safe? 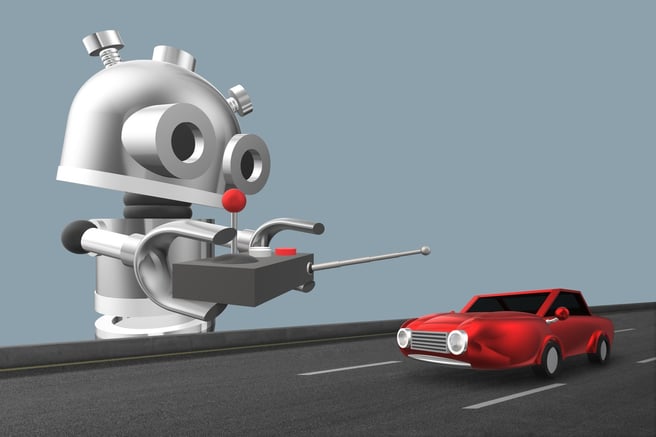 The term “shoot the moon” means to attempt the near-impossible or to attain great heights per UrbanDictionary.com. Ironically, the daring 1969 Apollo 11 lunar landing qualifies as an ideal example and according to some experts, the promise of producing autonomous cars in the immediate future is not far behind.

The top automakers from around the globe are individually committed to self-driving cars, and so is a U.S. advocacy group for the legally blind that longs for the day when its beneficiaries can attain self-determination or autonomy behind the wheel.

Despite the widespread interest, push back to self-driving cars became international news in March 2018 after they were directly involved in two fatal accidents within five days of each other.

If the first incident wasn’t bad enough — a woman walking her bicycle in Tempe, Arizona was hit by an Uber autonomous test vehicle whose driver was not monitoring the controls — the second took the life of an engineer from Apple Computer just miles from the plant where his self-driving Tesla was made in Fremont, California. Furthermore, the battery in his car reignited nearly a week after the devastating freeway accident.

“In this particular case, six days later, the temperature inside those cells increased to the point of ignition. That’s why the car reignited,” said Mountain View Fire Chief Juan Diaz. “You have stored energy that is frankly unstable.” 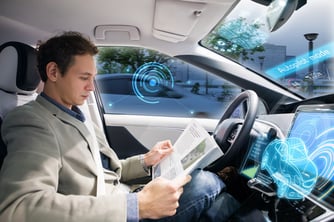 These horrific examples have shaken the confidence of industry insiders and a public that were just warming up to the idea of driverless cars.

“How Safe Is Safe Enough for Self‐Driving Vehicles?” — a study published May 21, 2018 in Risk Analysis — proposes that autonomous cars must be four-to-five times as safe as human-driven vehicles for people to accept them.

Further evidence of Americans losing faith in self-driving cars is exhibited by the data from two independent polls conducted before and after the above fatalities. Before  the incidents (January 11 ­– 16), 33 percent of those polled said self-driving cars were “safer than vehicle driven by humans” while after the incidents (March 29 – April 1), that number dropped to 27 percent.

Despite the doom and gloom, manufacturers remain committed to their established timelines, though there are signs of more conservative timelines.

In the article “The Self-Driving Car Timeline – Predictions from the Top 11 Global Automakers,” writer Jon Walker discusses how the 11 largest automotive manufacturers plan to deliver autonomous cars to the mass market in a fact-filled explanation.

He begins by defining the five levels of autonomy, transitions to sections devoted to each manufacturer, and ends with a list of “the biggest transactions and deals in self-driving tech.”

The Levels of Driving Automation from SAE International

At Level 1, some small steering or acceleration tasks are performed by the car without human intervention, but everything else is fully under human control.

Like advance cruise control or original autopilot system on some Tesla vehicles, a Level 2 car can automatically take safety actions, but the driver needs to stay alert at the wheel.

A Level 3 ­vehicle requires a human driver, but the human is able to put some “safety-critical functions” to the vehicle, under certain traffic or environmental conditions. This poses some potential dangers as humans pass the major tasks of driving to or from the car itself, which is why some car companies (Ford included) are interested in jumping directly to level 4.

Level 4 offers a car that can drive itself almost all the time without any human input, but might be programmed not to drive in unmapped areas or during severe weather.

Given the slow progress shown to date, manufacturers will need to step up development if their ambitious timelines are to be achieved. Safety remains a major concern of everyone involved because it lies at the core of the product type’s very reason for existence — in other words, an artificial intelligence that is intended to replace the 100-year-old tradition of humans behind the wheel. 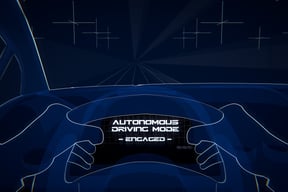 Consumer confidence is pointing in the wrong direction, and that needs to be addressed immediately in order to avoid the uphill battle of consumers not trusting the technology even after it become safe.

Walker says manufacturers have reason to exaggerate their progress (e.g. appeal to investors) and that timelines are dependent upon “both the right legal and technological frameworks.” Nevertheless, he concludes his piece on a positive note:

“Even with a heavy degree of skepticism, it seems likely that if you live in a major city you will be able to hail some form of automatic car ride in less than a decade.”

When self-driving cars take to the streets in a few years, auto dealerships will still need to offer payment solutions that mitigate risk, save time and money, and help increase sales. CrossCheck has been the vanguard of such advantages since 1983 and designed a tailor-made service especially for dealerships.

C.A.R.S. includes the Multiple Check premium that gives consumers up to 30 extra days to make down payments and the Check on Delivery premium that mitigates the risk of accepting bad checks for parts and service.