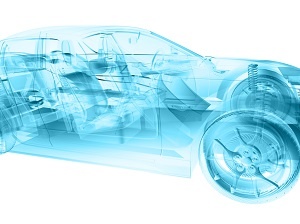 According to the Automotive Aftermarket Suppliers Association, the vast majority of auto aftermarket business owners and managers fill ninety-five percent of their orders from stock, and keeping that fill rate as high as possible requires two things: first, demand for what you’ve got, and second, the means to close every sale.

Reading the headlines these days may make you fear that demand will slack off again. China’s economic slowdown has everyone worried, and our stock market keeps getting hammered.

But the consensus seems to be that our recovery won’t collapse because of these things. In fact, most analysts think that the main driver of domestic bad news comes down to one thing: oil. It just fell below $39 for the first time since 2009, tumbling to just more than one quarter of what it was worth when it peaked.

So when you watch things like job-growth, knowing full well that only employed people buy accessory upgrades and premium parts, it might seem like the slow-down we’ve seen means we’re in for another tough year.

But the Federal Reserve, no less, has a much more optimistic take. They point out that in March, for example, 37% of the decline in the entire nationwide job market was in one state: Texas. And nearly all of those losses were in the oil industry (in fact, Texas actually added 26,000 jobs in other industries that same month).

So the Fed thinks the scary job numbers are mostly because of low oil prices, meaning that negative “long-term effects of the decline seem very unlikely.”

Month-to-month numbers also hide the fact that the country added three million jobs in the year, and that weekly wages increased 2.4% as well.

The auto aftermarket industry has been doing its part to drive the recovery. Over 67% of suppliers now perform their manufacturing in-house, and over half of their products are now produced in the U.S. Not long ago it looked like 100% of them were going to be manufactured in Mexico, but our southern neighbor’s portion has now stabilized at around 18%.

And you did your part at your place of business, too, creating jobs and paying your bills. Since last year independent shops were up 5.3% and original equipment suppliers were up 3.4%.

This year more jobs and better wages, combined with the possibility that gas might be less than $2 a gallon pretty soon, should mean that the summer will end strong.

Better than before; in fact, according to the Aftermarket Suppliers Association, May saw a nice 1.1% improvement over last year: 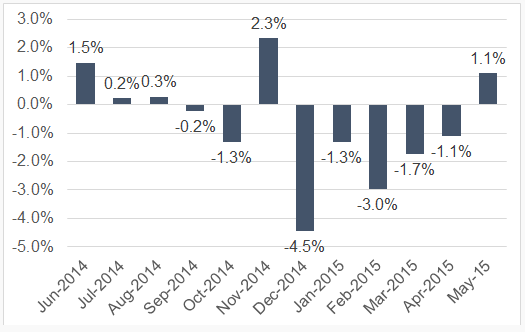 So if your fill rate is nearly perfect and it looks like the economy will start supporting demand rather than preventing it, now may be a good time to look at what demand will be like over the next few years.

The Next Big Thing

And the Motor & Equipment Manufacturers Association (MEMA) has a few ideas about that.

In fact, they published an open letter to Congress about it: 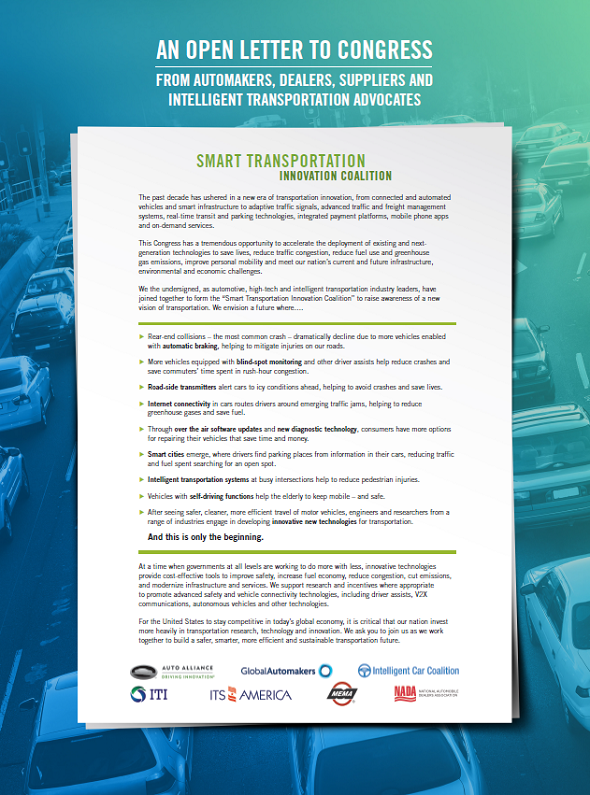 This looks like it could be a bonanza for the aftermarket industry – especially if Congress gets behind ideas like those in the MEMA letter and begins to mandate retrofits for some of these technologies.

The first one, automatic breaking to reduce the chances of rear-end collisions, seems like a no-brainer. Rear-end collisions are still the most common accident on the road, occurring 1.7 million times a year and killing 17,000 while injuring half a million.

A Contest for the Future

They are also exactly the sort of accident that even a relatively simple computerized system can prevent. Many late models have various versions of it already. It’s just forward-mounted radar hooked up to a computer that has the ability to stop the car.

Say you’re driving down your own street as usual – but the computer is checking for things ahead of you a couple thousand times a second. Then, because you illegally respond to your friend’s text to tell him that “yes, you did remember the beer,” you don’t notice the guy making a left-hand turn into his driveway ahead of you. At a hundred feet the computer sounds an alarm to wake you up, but you don’t hear it because you’re busy selecting an amusing sports emoticon for your message. So at fifty feet the car slams on the breaks for you and stops just before hitting your neighbor, who is now glaring at you in his rear view mirror. 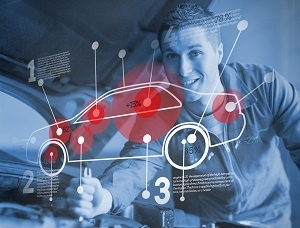 You hide your phone.  And you thank your lucky stars for the mechanic who installed your mechanical co-pilot.

It’s barely possible and exorbitantly expensive to retrofit that technology onto a vehicle today, but if MEMA keeps writing letters like this, they will encourage the industry to produce the technology.

In fact, the Auto Care Association with the Equipment and Tool Institute is holding a contest to motivate manufacturers to do exactly that. In the press release one of ETI’s executives explained, “We see [this] as a very big task for the aftermarket as a whole in the coming years.”

There can be little doubt but that demand for safety technology like this will be huge, and that as these systems become more prevalent, demand might morph into a government mandate. You can imagine that requiring a safety system that could virtually eliminate those 1.7 million accidents would produce a massive pay-off for the country.

Not to mention a tidy piece of business for you, too.

The other items in the MEMA letter – blind side monitoring, communications infrastructure so cars can route themselves around accidents or traffic, and so on – will come down the pike too, but they’re a lot more complex and may take longer to develop.

Since things look pretty good for you for the rest of the year, it might be worthwhile to track that contest and to make sure you’re the first in your area to offer these kits and installations, even when it’s an emerging technology normally associated with expensive late-models.

If ETI is right and this technology becomes mainstream in the near future, that may mean a lucrative new class of more expensive, more extensive jobs.

And when people pay for something expensive, one out of five of them will pull out their checkbook. Some of our aftermarket clients get up to 70% of their revenue in the form of checks. And you can close sales with them, if you have the right tools.

Post-recession, no one wants to use a credit card for credit, but with our Multiple Check service you can offer a payment method that is not financing and that does not require a credit check. Let your customer write a series of checks to be deposited over time. We’ll guarantee the revenue so if one is returned – even the last one – you’re paid anyway. Part of preparing for the future is empowering yourself to close business today. Let us show you how it works.