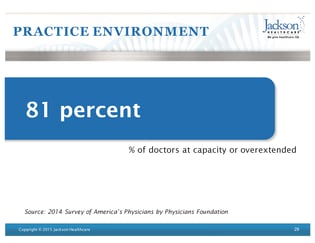 “Eighty-one percent of doctors are at capacity or overextended,” states Physician Trends 2015, a report containing data, surveys and commentary on the future of physicians in the United States. The document was summarized in a presentation by Jackson Healthcare on October 29, 2015.

The report serves as a factual second opinion for physicians making, or at the threshold of making, important career decisions.

Several sources contributed to the report, including the Jackson Healthcare Survey of 1,352 Physicians (June 2015) and the 2014 Physician Survey by American Medical Association & American EHR Partners.

Overextended or not, medical professionals owe it to themselves to review the benefits and advantages of CrossCheck’s MED-RDC service (Medical Remote Deposit Capture). MED-RDC saves time and money, helps increase sales, and mitigates the risk of returned checks. Click below to learn more.