Did you know that the average car on the road today in the U.S. is 11 years old? … an amazing revelation that may impact the cost of used cars this year.

I’m a “car guy.” My first car was a 1961 Buick bubbletop coupe, which I got in 1968, my senior year in college. It was considered an “old car” even then, probably just a few years away from being scrapped. I paid $400 for it. Back then, you had to replace your tires every 10,000 miles and you would replace your entire exhaust system every few years, due to the combination of leaded fuel and salt on the roads back east.

You would also replace the plugs, points, rotor and distributor cap every 10,000 miles too — that was called a “tune-up.” Shocks lasted a couple of years at best, especially on the pot-holed roads of the area. The last time I 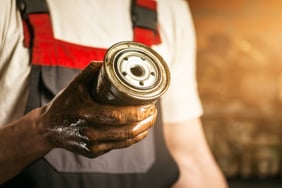 drove it, a brake line came loose as I was approaching a stop sign, and I lost all braking power. This was a rather scary experience and as I recall, I pulled into a gas station and sold the car on the spot for $100. (This was before the advent of the split master-cylinder, which allows for two separate braking circuits. That way, you will always have at least two wheels braking even if the brakes fail on one other wheel.)

Since it came from Central New York, my Buick had some pretty ugly rust on the rockers and rear quarters, and I doubt if it survived another year. But I should add that the motor and drivetrain were very strong and certainly capable of many more years of service. That’s the way things were back then, cars were scrapped when they were seven or eight years old. 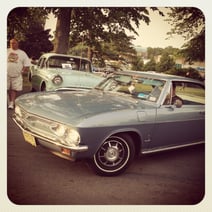 Contributing to this was the constantly changing fashion whims of the General Motors design staff. This made designs look dated and old-fashioned when they were only five years old. Some people called this “planned obsolescence.” At the time, GM had a 50 percent market share (!) of the new car market, so whatever they did was the market, and everybody else followed.

For a variety of reasons, starting with Ralph Nader’s onslaught against GM regarding the Chevy Corvair, things began to change. This led to federal safety standards for crashworthiness, the banning of leaded fuel, and the EPA mandates for clean exhaust.

Lubricants such as motor oil today are astonishingly superior to those back then, but perhaps the biggest single change is in the area of tire technology. Today’s cars are infinitely safer and more robust and more reliable than my 1961 Buick, which is why the average car today is 11 years old and many people are driving cars that are fully 20 years old every day, including me.

But if you are driving an 11-year-old car, at some point you begin to ask yourself if you wouldn’t be happier with a newer car, and by gosh, you deserve it! When do you pull the plug and do the trade-in? … It depends.

The Cost of Used Cars

When you buy a newer car, you have a whole raft of new expenses beyond just the new car payment. You have to pay sales tax on the purchase. The average used car costs about $20,000, and with a nine percent state and 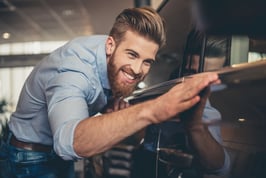 local tax rate, that is an additional $1800 right there. There are also title and license fees, which can easily be hundreds of dollars. Your insurance will go up. You might have just collision coverage now, but if you have a loan on your new car, your lender will insist on comprehensive insurance, which might be another thousand dollars a year. If you have to dip into your savings for a few thousand dollars, that can be scary, particularly if this is money you have put away for an emergency.

If you find yourself stranded or unable to get to work because your car just broke down, then you have to make a decision now. If the cost of repairs is much more than the car is actually worth, then you are probably looking at a newer car. This is entirely possible if you have to replace an automatic transmission, a motor, or fix something with the wiring or the HVAC. All these can run thousands of dollars in repair costs.

Since I’m a car guy, people are always asking me about the cost of cars, and particularly, what the minimum amount of money is they would have to spend to get a reliable car.

There is no magic number. Sometimes you can get a car with cosmetic issues (bad paint, body damage, damaged interior) at a pretty big discount. But I suspect that you would have to spend at least $5,000 to get a reliable car, and even that would be suspect.

How is the Market Affecting the Cost of Used Cars?

There is one recent development however that might help consumers. This is what industry insiders call the “off-lease tidal wave.” It used to be that leased vehicles went to rental car companies, corporate fleets, and small business owners who could expense the lease payment. But things have changed, and today about 30 percent of new vehicle sales are leased vehicles, so herein lies the rub.

Over the last five years, lease volume has increased by over 90 percent. This year, about 3.9 million off-lease vehicles will return to auto dealership lots. Framed another way, lease terms are expiring on a huge number of vehicles, so used-car prices are expected to drop due to the increased supply.

These are mostly low-mileage SUVs, pickups and cross-over vehicles, the same types that are in the most demand for new cars. These vehicles are three or four years old, so they have the features that consumers like, such as touchscreens, Bluetooth connectivity, etc.

Now here is the most exciting part of all these changes. Some of the most desirable cars made in the last five years are coming off lease right now, and they have depreciated 50 percent in three years. Think about this — you can get a beautiful three-year-old Cadillac that will be in excellent condition with low mileage and a remaining factory warranty for a 50 percent discount. This is a $20,000 discount! (Note: the most recent iSeeCars study shows the Cadillac XTS depreciating 38.7 percent in one year, but their 2017 data indicates a three-year depreciation of 51.4 percent for the Cadillac CTS, so the three-year depreciation is nearly the same.)

Even better, most of the big depreciation hit will have already occurred, and as you know, depreciation is the biggest expense of new-car ownership. If you have to replace your old car, now is the time to go to your local dealer and ask about lease returns.

Cox Automotive suggests that interest rates are expected to rise, which might impact loan costs, and thus the overall cost of used cars, whereas new car manufacturers can offer various forms of incentives and factory rebates and have their own finance companies to cushion rate increases. In any case, rate increases are expected to be very minimal, perhaps one or two percent. Today, a consumer with good credit can go to a local credit union and get a used car loan with 100 percent financing on a five-year fixed loan for 2.44 percent, which seems like free money to me.

Offsetting the Cost of Used Cars 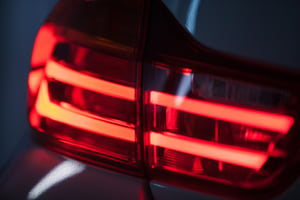 Buying a new car can be a very emotional purchase. But sometimes, the day arrives when you have to go for it. In that case, you might want to check with your local dealer and ask about lease returns coming up in the next few weeks. Now when this happens, the dealer is going to ask you how you are going to handle the down payment, which might be a few thousand dollars. Don’t panic, you don’t have to raid your savings. Fortunately, there’s CrossCheck to help get this deal done and “get the taillights over the curb.”

We stand in at point of sale with our Multiple Check service and give you some extra time to come up with the funds for the down payment. You can write up to four checks and tell the dealer when to deposit them over the next 30 days. We guarantee the checks and the dealer pays a small fee for that, but you don’t have to apply for credit or pay interest. It’s a win-win for consumers and auto dealerships.

When you are getting your “new” used car, remember the three rules of intelligent driving: