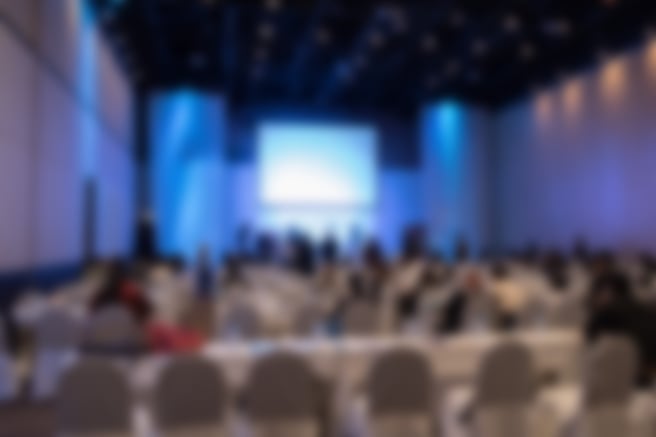 If you’re reading the CrossCheck blog, you’re undoubtedly interested in what’s happening in the payments industry and may be attending TRANSACT 17, the mega trade event produced by the Electronic Transactions Association (ETA). CrossCheck’s Partner & ISO Relations department will be behind booth 924 to discuss lifetime residuals for ISOs, our most popular merchant programs, and Focus, our desktop app that places merchants one click away from check guarantee services.

Those of us who have been here for a while tend to forget there are many new entrants every year: new merchant-level salespeople and independent sales organizations (ISOs), new vendors, new payment platforms and new hardware manufacturers — it’s a busy place!

CrossCheck was present at the creation, so to speak, of the ETA’s predecessor organization, the Bankcard Services Association (BSA) which was founded in 1990 (and morphed into the present-day ETA in 1996). The CrossCheck CEO at the time was Paul Green, who was also the editor of The Green Sheet, a trade publication for the acquiring industry that was started by the owner and founder of CrossCheck, Timothy LaBadie.

Almost all retailers accepted checks during that period and consumers wrote a lot of checks at the point-of-sale. CrossCheck had a very large network of ISOs who resold our check guarantee product and they would regularly ask Green questions about the merchant bankcard business because, frankly, there was nobody else to ask!

The card brands (then called “card associations” because they were owned by the member banks) had a “great wall” between themselves and any other player in the bankcard business except their issuing and acquiring principal banks. In a practical sense, this meant that unless you worked for a principal acquiring bank (which then represented less than 5% of all commercial banks in the country), you literally could not get anyone at MasterCard or Visa to take your call.

The card brands would only communicate directly with the principal banks, and getting to that status meant clearing a pretty high bar that only very large commercial banks could reach (and a small number of community banks which had strong market niches, such as high-risk). Furthermore, the associations eventually decided they didn’t want any small bank acquirers, period.

The result was that merchant-level salespeople had no resource to go to for education and training, except their own employer, but most of these were just pure sales companies or sub-ISOs working for a processor, and had few actual employees. There was no Internet, no trade press (other than The Green Sheet), no trade associations

Green fired a shot across the bow of the associations when he published all the interchange rates in The Green Sheet one day and this got everybody’s attention. The Green Sheet became a biweekly resource for people selling merchant bankcard and Green even organized a full-day travelling road show to teach ISOs the bankcard business beyond just marking up equipment leases and bundled rates.

Green, Wyatt Baxter and a few other people decided to launch a trade association that would give the merchant level salesperson, the “feet on the street,” a place to go for education and training. At first, the associations refused to attend these meetings, which were primarily for salespeople, not vendors or processors. At the time, almost 30 years ago, there were some serious ethical issues about how some bankcard salespeople priced and serviced their accounts and it was becoming clear that unless the industry started to police itself, the regulators would do it for them. This was the impetus for the establishment of the BSA. But then an interesting thing happened.

The large acquiring banks and processors began to realize that they needed a voice, a trade association, for lobbying and advocacy purposes, because there was none. After a while, they started to join the BSA. Soon, it became clear that the real focus was going to shift from the “feet on the street” salesperson to the processors and vendors and principal banks, and that the constituency would be much larger than just credit card processing — it would encompass every aspect of the “acquiring side” of the business. This shift was formalized when the BSA became the Electronic Transactions Association. And over time, another interesting thing happened.

You started to see fewer and fewer “feet on the street” salespeople at the ETA, and you saw a lot more vendors to what we used to call the “merchant card business.” Today, it might be accurate to call the 2017 TRANSACT conference a “vendor show” given the sheer size of the exhibit hall. Now a big part of this was the explosion in new products that ISOs can sell to merchants, and also the work necessary to get the merchant portfolio compliant with PCI DSS (data security) and other new regulatory standards.

There is one issue that nobody seems to talk about at the ETA, but you might want to pay attention to this when you walk the halls and the vendor booths. A recent industry analysis by CapGemini shows that some of the largest processors are still rooted in multiple legacy technology systems which were built many years ago in fragments to run on mainframes in a layered manner, and operating in silos. The architecture running these systems is not integrated. To make things worse, some processors have multiple IT systems left over from a string of acquisitions over the last decade. It is unlikely that these disparate back-end systems will ever be integrated or even connected.

We are now at an inflection point where the old legacy systems need to change. They are mission critical, with a large customer base and interconnected across the organization, but they are also sometimes poorly documented. Some people say they actually pose a “systemic risk” to their users. One of the largest processors provides the back end for five of the largest banks in the country, and they fall in this category. 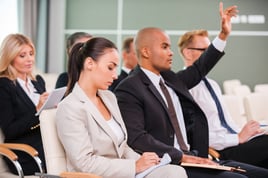 We are coming up against some exciting innovations in payment processing and very rapid software development using APIs. Ultimately, these old legacy systems will have to be replaced by modern, modular ones. The work is both highly sensitive (payment transactions with merchant and consumer information) and mission critical (the systems need to be up 100% of the time). It will be interesting to see how large processors with hundreds of thousands of merchant clients will make this transition.

This is just one of the many topics you might want to explore with the vendors at ETA's 2017 TRANSACT. And it is certainly a conversation we would like to have with you at the CrossCheck booth. We have written all of our mission-critical software ourselves and maintained it for the last 33 years. It provides authorizations in less than a second and we are at six-sigma accuracy and timeliness for our merchants. This year we expect to clear over three billion dollars in transactions, so you can see that we have taken this pretty seriously for many years. We look forward to seeing you there!

If you’re an ISO, be sure to ask about our lifetime residuals programs and enter a drawing to win Apple AirPods. Download our ISOs Insider's Guide to learn more.