It's as if the world's I.T. department and the largest names in the automotive industry are competing for who can do it better — self-driving vehicles that is. While not many autonomous vehicles have hit the streets yet, US auto dealers anxiously await snippets of stories released every day by companies like Google, Tesla and recently Rolls-Royce. The competition to launch the first production self-driving car has the fervor of a drag race where companies reveal virtual information via tweets, press releases and videos, practically revving their engines to grab your attention. This update combines the latest developer news in conjunction with established content.

Google  "Google's Self-Driving Car Project" is providing ordinary people with the chance to experience a completely autonomous vehicle. Google’s campaign video highlights a few benefits of self-driving cars. Free of driving responsibilities, people will be able to spend more time with families and friends or help children with their homework. Consider the new opportunities for the vision impaired as they own and operate a vehicle. 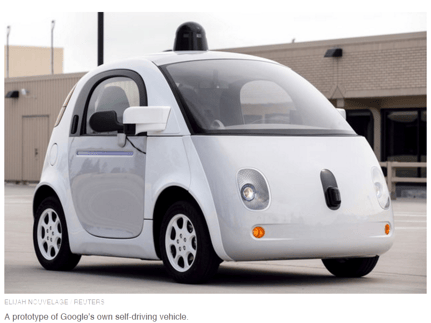 Fleets in testing include modified Lexus SUVs and new prototypes. In keeping with their monthly reports, Google recently revealed their newest technology, a self-honking horn that beeps lightly as a warning or boldly if a passenger is in danger (as mentioned by the Huffington Post).

Tesla  While Tesla's Model-S is not completely autonomous, the auto-pilot feature allows drivers to travel hands-free. This video of a woman experiencing Tesla's auto-pilot technology has gone viral — not only due to its humor, but also as a depiction of how some of us may feel upon stepping into a car that practically drives itself.

Electrek released an article comparing Google and Tesla, stating their varying approaches to testing. Google's self-driving car has traveled 1.5 million miles since the pilot program began in 2009. The search-engine juggernaut has been quite transparent, sharing monthly reports on their program that include cumulative miles driven and accident reports.

Tesla has been less transparent, however, reporting in April that their cars have driven 47 million miles in six months with autopilot activated. 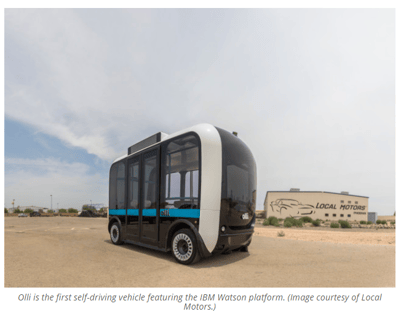 Local Motors and IBM  Local Motors used IBM’s Watson to create Olli, a mostly 3-D printed, self-driving electric vehicle that can carry up to 12 passengers. Revolutionizing the idea of the bus, Local Motors suggests that Olli could be used for school campuses, party buses, corporate centers and more.

Rolls-Royce  Rolls is giving an entirely new look to autonomous transportation. Their new ad lures you in as they present a look, easily described as “luxurious.”

Ride-hailing company Uber has also joined the fun, hoping to bring a self-driving taxi service to a corner near you ... soon. 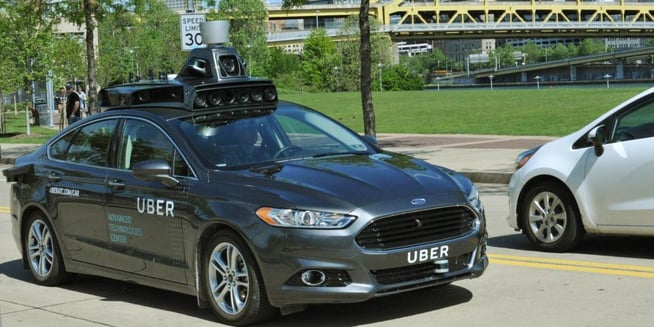 Elsewhere, General Motors, who invested $500 million in a partnership with Lyft earlier this year to test self-driving vehicles for taxi services, has begun testing a Chevy Volt with an autonomous driving sensor on the roof.

There is an extensive list of companies that are joining forces both individually and in partnership to test and re-test the self-driving vehicles of the future. While each vehicle differs, there's a "general consensus that self-driving cars will eventually make roads safer," stated The Guardian.

The Guardian also reported that Google, Uber, Lyft, Ford and Volvo formed a new lobbying group this April, "Self-Driving Coalition for Safer Streets," to take on the regulation of autonomous vehicles.

As Reuters reported, "NHTSA states that 94 percent of all traffic crashes are caused by human error." The numbers speak for themselves, "In 2014 there were 32,675 fatalities and 2.3 million injured in 6.1 million crashes on U.S. roads." CrossCheck explored the dangerous seat belt habits of Americans as the NHTSA released their latest study last month.

Business Insider predicts that there will be 10 million self-driving cars on the road by 2020. In order to prepare for the rising need for safer vehicles, automotive dealers will have to prepare their dealerships for the influx of payments.

Not much is guaranteed in this life, but your customers' checks can be with CrossCheck's Check Guarantee service. Cross the validity of checks off your growing list of "to dos" and rest assured with CrossCheck's 24/7/365 service. Download the free offer below to get started:

Maria Shayna Tzouvelekis is an Inbound Marketer at CrossCheck in Petaluma, CA.