How Do Old Cars Become Classic Cars & How Are They Repaired? 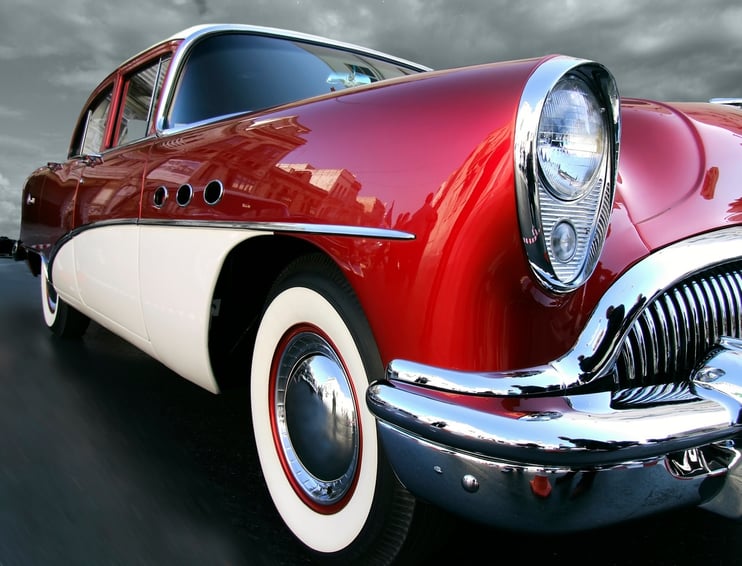 There’s a lot of interest in collecting old cars and classic cars these days. How does a collector know the difference between one that is just old and one that qualifies as a classic, and more importantly, how do they get them repaired?

Some of it is authentic … from people who have spent a not inconsiderable part of their life studying a particular make or model. Their interest entails a long search to find one (sometimes nationwide), searching for parts or even doing a full-fledged restoration — often inconveniencing their family, friends and bank balance in the process — which might stretch on for years or even decades.

Some of it is inauthentic. By this I mean the hype and nonsense emanating from television shows, particularly those showcasing auctions. Televised auctions are “Amateur Night Out” for bona fide collectors of classic cars and bear only a slight resemblance to reality, which is often that (1) unsold cars are sold behind the tent later, and (2) some bids are really from shills. A close second in the fantasy category would be the shows that purport to showing a time-critical restoration of a hot rod just in time to surprise the owner (who supposedly is not aware that their car has not been in the garage for a few weeks) for a special occasion. This is schlock broadcasting, period.

Like anything else in life, there are varying degrees of sophistication here. At the very top would be organizations such as the Classic Car Club of America (CCCA), which has spent the last 60 years researching this subject while providing documentation and guidelines for the restoration and preservation of what many would consider the greatest cars ever built.

The CCCA defines a Classic as a “Fine” or “Distinctive” automobile, American or foreign built, produced between 1915 and 1948 (see the approved list).

At the other end of the spectrum would be a loose confederation of car events, such as the Goodguys Rod & Custom Association, where like-minded individuals can show their cars to the general public without necessarily having any common thread with the thousands of other exhibitors, except a love for old cars — nothing wrong with that.

While there are single-marque clubs for just about every make that has ever existed, like anything else, there is a hierarchy of desirability which closely follows market pricing. Here I use a tautology developed by Peter M. DeLorenzo (PmD) who writes a weekly column called AutoExtremist with the tag line: “the bare-knuckled, unvarnished, high-octane truth.” He includes five components:

Classic Cars Before and After WW2

For prewar cars, this list would be a close approximation of the list promulgated by the CCCA for what they call “Full Classics.” It is tempting to call these the greatest cars ever built, but of course they do not have the suspension design or braking or handling capabilities of more modern cars. They are really works of art. 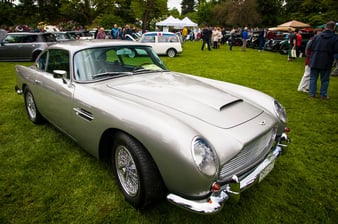 Postwar, the most valuable cars would be Italian: Maserati, Ferrari, Lamborghini, Lancia, Alfa Romeo, etc. There are certainly some British cars in this category: Aston Martin, Rolls, Bentley, Jaguar, etc.

For American cars, many years ago, a club called the Milestone Car Society created a list of the most desirable postwar American cars that is still a pretty definitive list, in my opinion.

Recently, there has been a lot of interest in what is called “muscle cars” — American cars with big engines. These cars were rare when they were new and after almost 50 years, many of them don’t exist anymore. This has given birth to another trend: restomods.

A restomod is a car which maintains its original appearance for the most part, but has modern suspension, drivetrain, steering and braking so it handles like, well, a new car. If done right, these can be very compelling.

Finally, we should touch on the subject of “replicas,” modern reproductions of cars that are not made anymore. Some are quite well done: the Studebaker Avanti has been in some form of production since it made its debut in 1963!

Well done re-creations, such as the British replicas of Jaguar C-types and D-types, are so good that they are virtually indistinguishable from the originals which are valued at millions of dollars. A variant of this is modifying an original car with original components to create a more desirable product. 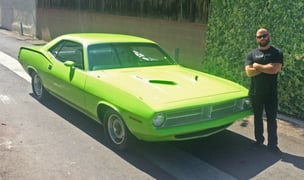 For instance, my son got a 1970 Plymouth Barracuda when he was 15 years old. It was lime green with a hideous white interior, black vinyl top and the small-block 318 cu. in. motor. When he restored it, he removed the vinyl top and installed a factory-correct black interior and replaced the motor with the legendary big-block 440 Six Pack (three two-barrel carburetors). It looks exactly like something you could have ordered from the factory in 1970, but the original car did not look like that at all.

There have been hundreds of different manufacturers over the years, and for every car made, there is someone who collects it, and likely a fan club for it as well. Clubs are a very valuable resource because when you have a 50-year-old car, it is about the only place to go to for practical advice about a particular model, and how to fix it, and where to get parts. Today, a lot of that is done via forums and online YouTube videos which can be a very valuable source and have the advantage of immediacy too.

One question I am always asked is, “Are there any collectible Japanese cars?”

I would say that there are two Japanese cars that are very collectible: the Toyota 2000 and the Mazda Cosmo. Good luck finding one: there were only 351 Toyota 2000 and 1,176 Mazda Cosmo manufactured. People collect the Mazda Miata, Mazda RX-7 and the Datsun 240Z (i.e. Nissan), but beyond that there is not much to write home about because Japanese production cars have almost none of the five characteristics that PmD requires.

This would not be the case with mainstream French and Italian production cars of the postwar period, but unfortunately for us, the federal government does not allow you to own a car that was not sold here new unless it is at least 25 years old, and even then it is a paperwork and logistical nightmare to get it imported and registered. In California, anything built after 1976 that was not sold here is basically illegal. If you get caught, the Feds can confiscate the car and crush it! In the immortal words of William Bendix, “What a revoltin’ development this turned out to be!”

The Effects of Autonomous Cars on Classic Cars 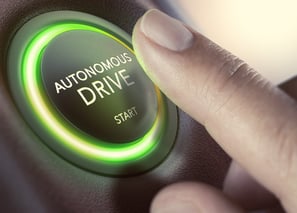 People ask me about autonomous cars and how they will affect the collector car world. Here I would like to quote one of my favorite writers, Pete Brock, who stated in Classic Motorsports magazine that:

“There isn’t a more personal and satisfying expression of individual mechanical freedom than choosing what we drive or work on. … What daily occupation could be more of a personal statement than driving? Had automobiles existed in the 1700s, driving might well have been listed specifically as one of our basic freedoms as defined in our Constitution. … I’m sure that somewhere in the vast populace of our future there will be those of us who take pleasure in turning a key and hearing the satisfying rumble of a powerful engine.”

Maintaining old cars generally entails a lot of surprises, and the biggest one is how much money is involved. This is where CrossCheck can help.

Any automotive repair is expensive, even for a modern car, but when we are taking about re-upholstery, stripping and painting a car, rebuilding an entire drive train, we enter the realm of spending some real money. Each one of those projects could be a $10,000 gig. You can bet that the shop doing the work is not going to want to take a rewards card for payment and relinquish anywhere from $300 – 500 in interchange fees just to get paid. On the other hand, the shop will be happy to take a check because there is no credit card interchange on a check.

Then there is the other reality, which is that just about the time that the shop is finishing the work, consumers have some other unforeseen demand on their cashflow — translating to “money is tight at the most inopportune moment.” One thing’s for certain, consumers shouldn’t take out another credit card and revolve the balance at 26 percent for the immediate future (aka a “debt trap”).

Instead, they should ask the shop if it offers CrossCheck’s Multiple Check service.

With Multiple Check in place, consumers write 2 – 4 checks and tell the shop when to deposit them over a 30-day period. Consumers short on cash don’t apply for credit or pay any interest, and the shop pays a small fee to CrossCheck to guarantee the checks.

Using this CrossCheck solution, everybody is happy. Multiple Check provides consumers with a little extra time to replenish their checking account while paying for repairs. Furthermore, they won’t get caught in a debt trap, which is a good thing because they will need extra cash flow to deal with the next restoration project!

Multiple Check makes it easier for consumers to pay for repairs, thus improving the bottom line for repair shops as they accept no-hassle, risk-free payments. Download our free Multiple Check Insider’s Guide to learn how it can increase sales at your shop.