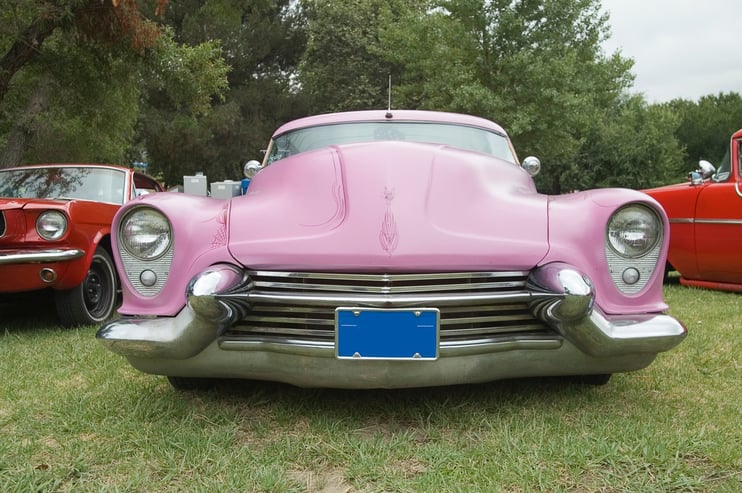 When you go shopping for a new car, you probably have a checklist of what you are looking for. The checklist might include some of the following things:

But none of these things apply to car collectors who are looking for a specific year, make and model of a vehicle that was made 20 or 30 years ago. Actually, since the average car on the road today is 11 years old, 20 years old doesn’t seem so old anymore, does it?

There are probably as many reasons why people collect and restore old cars as there are people doing it. 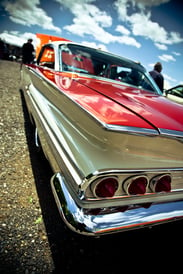 For some people, it brings back a time when they were younger, perhaps with their first car, which was most likely sold many years ago. Now they want to get another one to replace it. It won’t make you any younger and it can’t bring back your teenage years. But it can help recreate and relive the good memories, which people tend to remember over the bad ones. One theory is that people want the car that they saw in the showroom when they were a senior in high school and just got their license (but couldn’t afford back then).

Other car collectors like the tactile and visceral experience of driving an old car, particularly a high performance car. It sounds and feels and even smells different than a modern car. The engine sounds different. The exhaust sounds louder and more menacing. The music coming from a vintage 8-track player, or perhaps “classic rock” music being played via a CD player hidden in the trunk or glovebox, can recreate good times. Radio stations call them the OBGs (“oldies but goodies”) aka “ the Soundtrack of Your Life.” This is what many people like to listen to when they are out driving around — just like listening to Dick Clark and Casey Kasem in the old days.

Most of us are driven by our visual perceptions. The styling and physical appearance of a particular car will resonate with some people.

When my son was 15, he said he wanted a 1970 Plymouth Barracuda and would accept no substitutes. Ultimately he found one and restored it over the course of a few years. It is 14 years older than he is. At this point, he has had it for more than half of his lifetime! I doubt if he will ever sell it. Where would he find another? 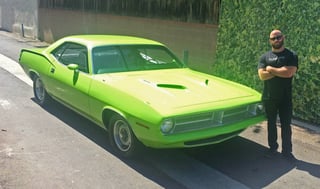 The Barracuda is known as a “muscle car.” These were typically “mid-size” cars with large, high performance motors. My son’s car has a 440 cubic inch motor. By comparison, a new car today might have a motor with a displacement of 2.5 liters, which is 150 cubic inches.

Fuel is cheap here, about a third of what it costs in Europe, and collector cars are not driven to and from work every day, so fuel economy is not a big consideration. If you grew up in the sixties or seventies, you likely owned or knew someone who had a muscle car, and it would be pretty difficult to recreate this experience in a modern car, except for the Dodge Challenger Hellcat.

Some car collectors saw a car on a favorite television show or favorite movie. Many people were transfixed by the Mustang in the movie “Bullitt,” including me (the driving in the film was fantastic – how did they do it?). Other movies in this category are “Two-Lane Blacktop,” “Vanishing Point” and “Smokey and the Bandit.”

Some television shows featured cars every week. I was raised on Broderick Crawford drifting his 55 Buick in “Highway Patrol” and I still want a ‘55 Buick! You may have watched “The Dukes of Hazzard” or “The Rockford Files,” which provided numerous examples of the same thing. 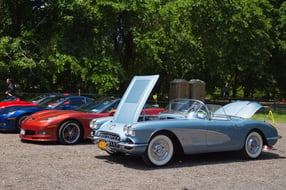 You could have had a “car guy” in your immediate family, or even a neighbor who lets you come over on weekends to watch him work in the garage on his restoration project. These impressions can be very powerful if imprinted at a very young age, and can last a lifetime.

While this might be more of an excuse than a case of rational thinking, older cars are easier to work on. They don’t have computers or complex wiring or a multitude of sensors that can fail. (Here in California, a car older than 1976 does not need to pass a smog test, which would otherwise be fatal for a car which fails it, since you cannot register a car unless it passes.) For most older cars, getting mechanical parts is not particularly difficult, although finding trim and body parts could be challenging, depending on the popularity of the model originally. If it was a 55-57 Chevy, virtually every part is being reproduced.

There is even a recent trend called “restomods.” This is where the car looks fairly original (it might be lowered and have newer wheels and tires), but it has a modern drivetrain and suspension so it is as roadworthy as a modern car, and of course, modern air conditioning! Purists frown on such things, particularly for rare and unusual cars, but for a typical Ford or Chevy, it might be construed as a work of art, depending on the competence and good taste of the builder. You can see these at many shows, such as SEMA and the Good Guys shows around the country.

Parts and Service for Car Collectors

Like any mechanical device, a restored car will need parts and service at some point. This is where CrossCheck comes in. We make it easy for car collectors and merchants to buy and sell a vital product that you need right now to get your car going! 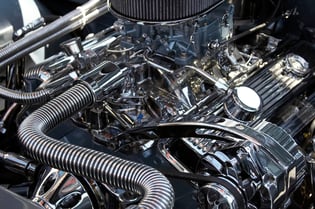 Unlike the typical “debt traps” found at many repair shops (where the consumer ends up with a loan revolving forever at 22 percent interest), the consumer does not have to apply for credit or pay any interest if the merchant has CrossCheck’s Remote Deposit Capture (RDC) with Multiple Check.

Consumers just write from two to four checks and tell the shop when they want them to be deposited over the next 30 days. We do the banking for the merchant (via electronic processing) and guarantee the checks so they don’t have to worry about getting paid. To top it off, the merchant pays a fee that is about a third of what they pay to take a credit card! And consumers get to take their pride and joy out for a night of cruising to the local burger stand, just like they did in high school.

Back in the day, people would strike a pose — combing the hair and lighting a cigarette (think “American Graffiti” or “Grease”) — two things that you will not likely be doing a half century later! But one can still relive the experience, particularly at a Cars and Coffee event or a local hot rod show.

Download our free guide to learn how Remote Deposit Capture with Multiple Check can help complete sales at your auto parts store.