As it turns out, car dealerships might have discovered the key to expanding your dental practice this spring and summer.

You have more in common with dealerships than you might expect. You both provide products and services across a wide price spectrum, and people usually have to wait before they can engage you at any price point.

For the car industry, that’s because people need to pay out-of-pocket for everything. For most Americans, their car maintenance, repairs, and replacement require long-term budgeting. Most of the time they can control the sequence of events leading up to a purchase.

For you, the biggest problem today is the odd way Obamacare implemented dental health coverage. Requiring it only for children, the Act left the majority of Americans to handle dental care the same way they handle automotive care – on their own.

So they don’t get dental care. Apparently most people consider it optional right up to the moment it becomes an emergency, and so nearly four in ten adults haven’t seen a dentist in the past year, and 181 million out of 300 won’t go this year, either.

Usually when you break down a statistic like that you find out that things are a lot worse for minorities and the poor, but, weirdly, this crisis doesn’t always break along those lines. Minorities and the poor are more likely to have untreated decay, but oddly seniors living with family and those with higher incomes are more likely to have had tooth decay.

Whatever that means, the problem remains the same: not enough people are getting dental care.

Cost drives this more than anything else, and historically the lack of dental insurance has not served as a motivator to save for dental care. People might squirrel away for their car’s annual check-up, but not for their own teeth.

And the results can be heartbreaking.

A study done by Colombia University found that 40% of elderly people who received food aid from a charity in New York had difficulty eating because they couldn’t chew properly. That led directly to their malnutrition, creating a wicked feedback loop threatening their wellbeing and even their lives.

They even discovered an unobvious cause: You know how grandma can’t open a jar anymore? Well, she can’t hold a toothbrush well enough to clean her teeth, either, further exacerbating that feedback loop.

The problems get worse from there. Out of the population 65 and older, one-third of them have untreated tooth decay and face elevated risk for heart disease and diabetes. 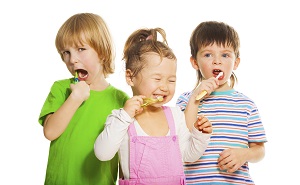 Most auto dealerships can serve a customer at almost any price point, with used cars at the bottom and full-featured current models at the top.

Dentists don’t have that luxury. Procedures cost what they cost – even if you do the labor for free, it’s still expensive. CrossCheck’s home county reflects how this plays out across the country. Last year there were only nine dentists in our Sonoma County willing to treat over 19,000 children who obtained dental insurance through Medi-Cal (California’s in-state Medicare supplement). Statewide, there were eleven counties that didn’t have even one dentist willing to do so.

Analysts don’t say so, but it’s highly likely that a dental clinic would need to take a loss for every person they saw under the program, so rather than go out of business they must turn away needy patients.

Care for seniors suffers the same fate:  geriatric care—including cleanings, fillings and dentures—is poorly covered – or not covered – by Medicare and Medicaid.

Supply and demand operates no matter how much money – or how little – the government puts on the table. In the car trade, dealerships compete with each other and bring a dozen tricks to the game to get someone to buy from their stock.

Dentists can’t do that. Those practicing in the U.S. have no choice but to run their clinic within narrowly defined rules set by regulators and industry associations. Thus there’s little room to compete on price – in the United States.

Seeing this opportunity, dentists in other countries now actively court U.S. citizens. In the Southwest people can save thousands of dollars by driving over the border into Mexico. And if you think they’re in some dusty town from an old T.V. Western, think again. The clinics down there are exactly the same as the ones here and are often set up specifically to appeal to Americans, complete with English-speaking staff. Americans on the East Coast go to Costa Rica. Europeans go to Hungary, and so do some vacationing Americans.

Here’s why that’s not going to change: the cost can be as much as 80% less.

But for many – especially the elderly – even at that steep a discount for the treatment the added cost of travel is too much of a burden, not to mention the stress and hassle involved. 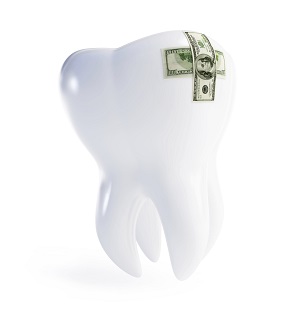 Since dealerships have always run their business in an open market where everyone pays their own way, they’ve developed a unique perspective on what it takes to get someone to purchase what is usually the second-most-valuable asset they own.

It usually takes financing, which is all well and good. But financing takes a down payment, and that’s where the dealerships get creative.

There’s an unofficial holiday in the car dealership world that might become one in yours as well: it’s called “Car Christmas,” and it comes in the spring, right around now.

It’s when millions of Americans get their tax refund. As a nation we disregard the fact that our refund is money we over-paid to the government and could have saved in an interest-bearing account for ourselves.

Instead, each and every one of us, no matter how mathematically literate, believes it’s a windfall. Car dealerships ramp up to make it as easy as possible for people to spend it on their lot. Some set up tax return facilities in their showrooms so their customers can get their refunds as fast as possible, hand them over in full, and qualify for a loan so they can drive off in their new car.

You can do the same. This year, the average refund will be $2,815, higher than last year.

Borrow another play from the dealership playbook and let your patient use it to do more than just drive away with their new, pain-free smile. The down payment implies a monthly payment to follow, and given the poor access people have to dental insurance many practices have circumvented the insurance industry altogether by offering payment plans to their patients. Let them get the major work with their refund, and sign them up for a monthly or annual payment in the $100 - $300 range to cover their annual cleanings and to insure they will get a significant discount on the next major work they need.

In fact, in a Forbes article on the difficulties people have affording dental care, their Number One suggestion was to find a dentist who offered a payment plan.

You can offer another type of payment plan to patients who need to spread out a large bill over a period of time. Built into MED-REC, our specialized package of services for medical clinics arising from thirty-two years of experience serving businesses like yours, is a feature that allows you to offer a payment plan that is not financing, that requires no credit check, and that guarantees you will receive your revenue even if the patient’s payment fails.

It could be the profitability booster you’ve been looking for…especially if you’ve got your eye on a particular 2016 model you’d like to see sitting in front of your clinic. Find out how it works here.