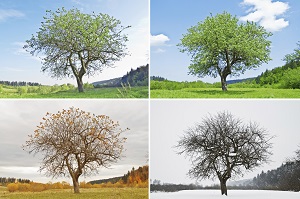 Changing seasons can create new opportunities to increase auto repair sales, and the fall-winter transition may create the most due to the onset of heavy rain and snow. Now that we’re one week into spring, though, auto repair shops still have reasons to expect weather-related repairs to flow in.

While we might like to believe that, in the three months since holiday shopping, people saved for the car repair they’ve been putting off, we might be wrong since 62% of Americans cannot afford unexpected expenses.

In fact, 25 million middle class families live paycheck to paycheck. The same is true for more than half of millennials. This younger demographic is more concerned about paying off student loans than about saving for an unexpected car repair.

Young or old, male or female, experienced or inexperienced, when the seasons turn many drivers will need your expertise – and payment flexibility. 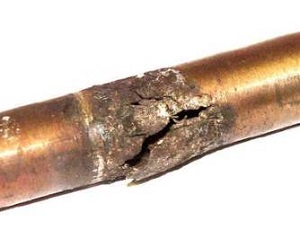 This spring be on the lookout for customers needing repairs on these critical parts that have rusted and corroded. Not even car washes with an under spray is enough preventative maintenance to eliminate these inevitable repairs, since road salt and salt brine can corrode the undercarriage of a car like no other.

The chloride in both of these mixtures is known to eat away and rust brakes, fuel tanks, radiators, and the electrical system. These mixtures can seep into tight crevices and over time cause severe damage. For instance, brake line corrosion is so prevalent that Subaru was forced to issue a recall of more than 660,000 vehicles last year due to brake lines damaged by it.

Repairs not covered by a recall may be coming your way, but before we explain how to keep that business and grow it, let’s look at another springtime cause of car damage.

As roads begin to thaw, potholes begin to form. Potholes formed when water freezes and expands within road cracks can be among the worst types. As temperatures drop and that water refreezes, it expands, and – voila – deep potholes cut through the entire roadbed. They sneak up on drivers and can be devastating to vehicles – and a driver’s wallet.

When drivers hit potholes, the obvious point of contact is the tire and rim, so having a tire explode or bend the rim is common. But even greater damage can happen, like throwing off the steering alignment at the axel or having to replace the exhaust system. The average cost for these repairs can be anywhere from $300 - $700, at least at one Iowa shop.

When drivers speed so fast through a pothole that they actually bottom-out the vehicle, a whole other set of problems can emerge. This can include damage to the transmission oil pan which might restrict fluid to the transmission, preventing it from shifting gears. If you can’t shift gears, the vehicle becomes useless – hopefully before it collides with anything. With transmission repairs costing between $1,000 and $2,000 and replacements between $1,800 and $3,500, your customer will probably consider these types of repairs as emergencies.

As you know, car damage from potholes is generally covered by collision insurance but more than a quarter of drivers simply don’t have it.

Drivers with new vehicles often purchase full insurance coverage, but since collision is optional, many with older cars pass on it. And with the average age of vehicles on the road at 11.4 years, it makes sense that a lot of people don’t have it.

Your city might pay for car damage caused by potholes, but don’t plan on checks from your local government helping out your customers. Drivers across the country have the right to file such a claim, but the city can decide if it will award any money for repairs. Cities have no obligation to pay, and is very hard for drivers to blame potholes as the primary cause for repairs. Lima, Ohio – for example -- received 25 pothole claims in 2014 and didn’t pay for one of them.

Then there’s Chicago, which received a record 1,100 pothole damage claims from February through March 2014, and rather generously offers to cover up to $2,000 for each claim. It maintains a general rule of paying for no more than half of a pothole-related repair, because drivers should be partially at fault for failing to avoid them. But it did pay something for 754 of those claims, handing over an average of $240 for each. More often than not, the money is not enough to cover the full amount.

Since many customers may not have the necessary emergency funds to afford repairs from changes in weather, it is important to be prepared for customers walking through your doors with those unexpected repair needs.

What could be worse than giving an estimate for truly necessary work and watching the customer walk out for lack of funds?

We can help you capture that business. Multiple Check allows you to offer a flexible payment plan for those customers who need help paying for emergency repairs. Without financing or a credit check, you can let your customer write a series of checks to be deposited in sync with their cash flow.

Deposit one today – right from your shop, if you have our Remote Deposit Capture service -- and the remaining ones are not only scheduled for deposit, but the revenue to you is guaranteed, even if one of the checks is returned.

You get the sale and your customer gets their vehicle back on the road safely. To get started, read our free Multiple Check Insider’s Guide.