Building Materials Reality Is Better Than the Popular Illusion

“Reality is merely an illusion, albeit a very persistent one.” – Albert Einstein

Most of us know from experience that “perception” and “reality” often have nothing to do with one another, even when we desperately try to accurately perceive what seems like physical reality.

For example, when trying to discern what building materials managers and owners can expect for the remaining three quarters of the year, industry analysts look at as many facts as they can and then try to “perceive” what they mean.That doesn’t mean they’ll describe reality. They’ll try, but what if they’re confronted, figuratively speaking, with a puzzle similar to the one contemplated by this child: 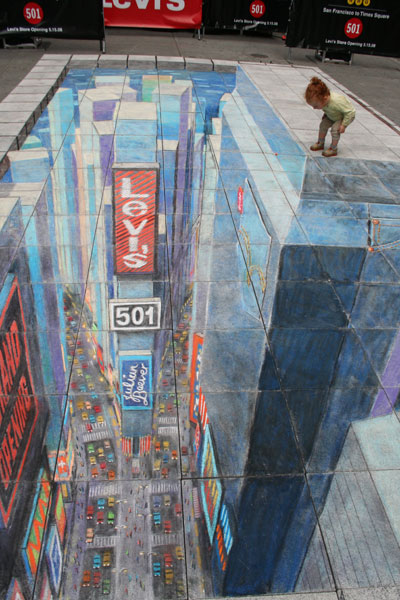 The child is actually standing on a sidewalk looking into a spectacular illusion -- drawn on cement, in chalk -- by the French artist Julian Beever.

Now if we were to base a business decision entirely upon this little girl’s perception of reality, we might end up spending a lot of money to build a fence around the drawing so no one falls in.

Understanding this, groups like the National Association of Home Builders survey many industry leaders to ask what they see. Theoretically, aggregating several perceptions will produce a better picture of reality.

They ask about the market for new single-family homes, for example. And when its confidence indices, on a scale of 100, drops to 53 from its high of 59 last September, they try to figure out why: “[It] is largely attributable to supply chain issues, such as lot and labor shortages as well as tight underwriting standards,” NAHB Chief Economist David Crowe told the Wall Street Journal.

Could be. Or it could be that’s just part of what’s affecting construction markets today.

We might also look at how Americans feel about their economic well-being. The Labor Department tries to describe reality by measuring things. Right now U-3, the most common unemployment figure that reflects the total unemployed as a percent of the civilian labor force, stands at 5.5%.

Not bad. But U-6, which includes the “underemployed,” stands at 11%, indicating that a historically large portion of Americans remain on the fringes of the job market.

And they know it. In 1998, 46% of Americans thought they were middle class. Today it’s only 41%. Back then, 6% thought they were poor. Today 9% think so. Back then 36% worried that they would drop farther down the economic ladder. Today 43% worry about it.

That’s a discouraging long-term trend, but while businesspeople need to be hard-nosed and willing to face the facts in order to perceive reality, they also desperately want to predict the future so they can build their enterprises. And drawing a straight line through a graph of good or bad news rarely produces the realistic forecast they need.

For example, right now nationwide inflation measures, which broadly indicate if the economy is growing or not, may give building suppliers the wrong perception. Manufacturing declined for the third straight month; mining has been declining for five. January saw the first year-over-year deflation in overall consumer prices in more than five years, and personal consumption stayed flat with an anemic 0.2% gain over the year ending in January.

But building materials buck this trend. Reinforced-concrete pipe has gone up as much as 7% over the course of that same year. Steel I-beams went up 2%. Wallboard jumped 11%. 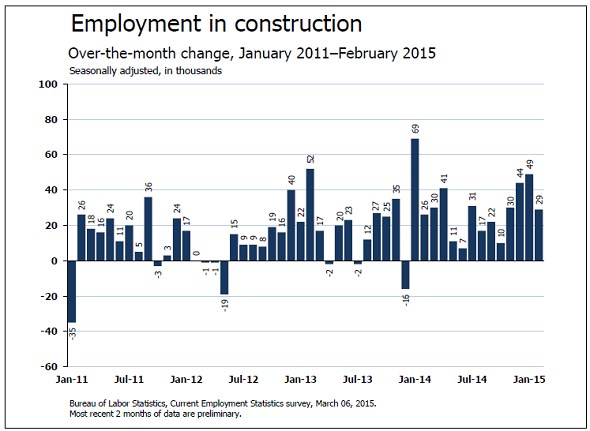 And the Wall Street investment firm Fitch Ratings thinks the industry will grow 7.2% this year.

When You Don’t Like the Message, Question the Data

That means that if we assume the strong dollar, cheap gasoline and a record-setting winter affected all industries equally, it’s reasonable to perceive that in the real world demand is driving building supply -- even if real world demand isn’t driving consumer spending.

Then again the government’s consumer figures might not reflect reality. The government is always playing catch-up with the data and continuously revises its previous estimates.

MIT’s Billion Prices Project, on the other hand, looks at a billion prices online in real time. According to it, consumers might be more in line with the building industry. Inflation may have just turned a corner and may be ready to start working its way into a nice healthy 2% range this year.

If that’s true, then since you sell to businesses selling to consumers, it’s critical to know the consumer’s perception of reality so you can meet your customers’ needs.

Nearly half of nonresidential construction will be green, which unto itself constitutes a $145 billion opportunity for suppliers.

And out of the 61% of all construction projects that are retrofits, current market trends indicate that owners will spend $960 billion between now and 2023 “greening” their existing property. The cost equation works well for them today, with a seven-year break even on the additional up-front cost arising, in part, from a 13% drop in operating costs. More importantly from a developer’s point of view, green upgrades increase the building’s value at least 4% over market.

That’s because value in any market arises from both calculation and perception: green buildings are cheaper to run, but they’re also much cooler to own. Perceptions create value in that instance.

Sometimes the opposite happens. Perceiving value that isn’t actually there can become a real danger for any entrepreneur. We really don’t want you to end up in a situation like the one Julian Beever drew around himself here: 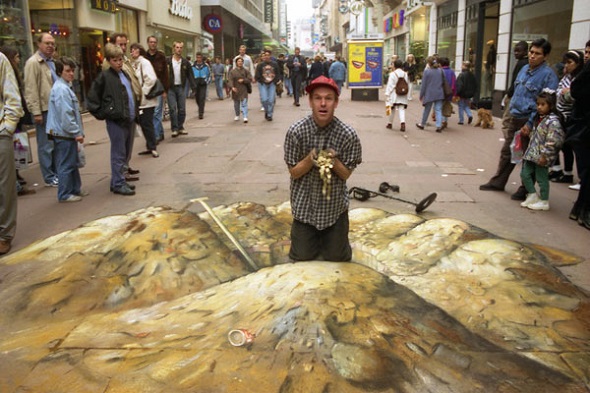 In fact, it’s our business to protect you from the illusion of false riches.

More than two thirds of business to business transactions are paid by check, and for small businesses that leaps to 90%. And when someone hands you a check, it’s really an illusion of money, a promise to pay, and you can’t know if it’s real until you cash it. Unless you have a check guarantee service in place that can guarantee that check is real to you, even if it is returned for insufficient funds.

In one small way it’s possible to control reality regardless of anyone’s perception of it. You can accept checks and know the money is real. Learn more here.