How Retailers Can Profit Without Customers 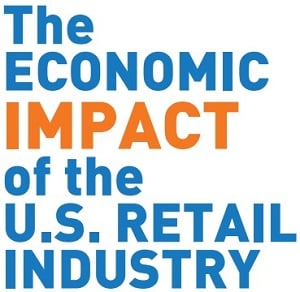 You know this is happening, so before we suggest what you can do about it we'll give you the numbers proving you’re right: Americans visited retail stores 35 billion times in 2009, but that dropped dramatically to a mere 25 billion a year later. And it kept dropping, year after year, until by 2013 we made a paltry 17 billion visits – about half as many four years earlier.

Yikes! That certainly seems like a rough turn of events.

But…if Americans visit retailers half as often, then how come half of retailers didn’t go out of business?

In fact, according to a National Retail Federation study, retail remains the largest private-sector employer in the country, providing over 16% of all jobs and paying over $822 billion in wages. If you look at the industry’s total impact, which involves a lot more than salespeople in stores, it generates $2.59 trillion of the country’s GDP -- over one sixth of the total.

And if no one’s shopping, then how did the retail industry lead the way out of the recession?

That doesn’t sound like a decaying industry that’s lost half its customers.  It sounds like an industry on a tear.

Blame It on Steve

So where are the shoppers?

The fact that Apple’s iPhone ignited the smartphone revolution just before this trend started might explain a lot more about the missing visits than the recession.

“Gone are the days of window shopping,” concluded a Price Waterhouse Cooper (PWC) study, suggesting that most of that missing foot traffic wasn’t lost business – it was lost window shopping, which people now do on their phone. With a statistical match-up so neat it’s almost comical, half of shoppers reported using their phones to research products and compare prices, as if to assure the researchers that the missing visits aren’t missing at all – they simply moved to a virtual environment. 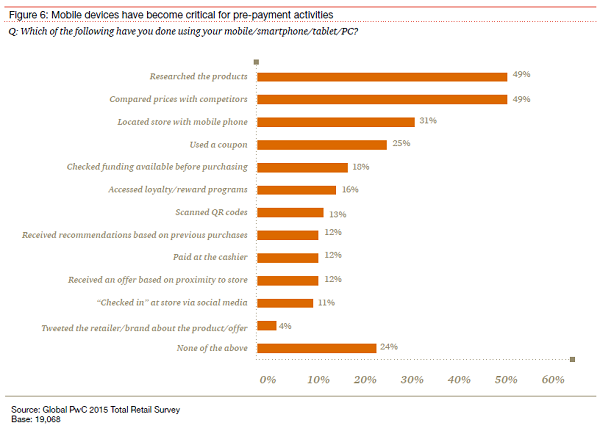 In fact, despite the fact that some large department store chains are struggling, shopping malls are doing great. In 2009 those 35 billion visits generated about $383 a square foot; in 2014 half as many visits generated $478.

How’s that? “The physical store remains the primary retail touch point for consumers,” concludes the PWC study, finding that 98% of consumers physically leave home and go shopping at least a few times a year.

And, thankfully, the two main reasons shoppers like buying in a store cannot be replicated online.

The first reason is speed, believe it or not. People still want to take their stuff the moment they’ve made the decision to buy. You’ve watched that in action: as soon as someone psychologically takes possession of an item, it’s sold.

But if they can’t have it right away – because they have to put it in layaway, for example, or wait for delivery – they’re far more likely to fall victim to buyer’s remorse and return it.

Shoppers want to walk out with their purchase and show it to friends and family – a critical point we’ll return to in a moment.

The second reason is touch. Not long ago industry analysts feared that this was a bad thing and that stores would someday become nothing more than showrooms displaying items to purchase online.

But the opposite actually happened. About 70% of shoppers research online to buy in a store.

That might explain the jump in sales per square foot. People walk in knowing that they’re going to buy something, and they’ve probably already narrowed it down to a few items they want to compare. The examinations they want to do can’t be done online, and once they’ve made their selection they want to own it immediately.

I Only Do Business with Friends

So how can you help your customer become someone who marches into your store fully intending to buy something?

You need to think about your online presence. PWC found that more than half of shoppers start researching their purchase by using a search engine. More than half consider your Facebook page part of their shopping experience – and not the part, obviously, where they pay you, which they’ll do in your store. 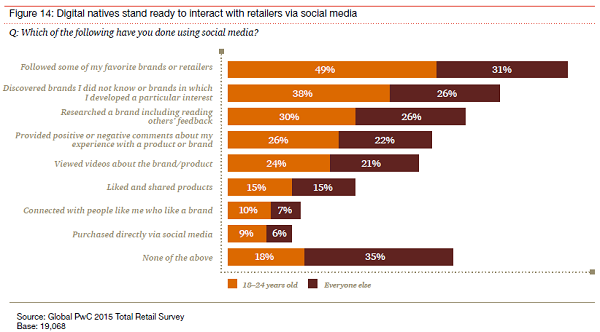 So what do your customers want from you online?

Content, first and foremost. They want to know what’s in your store, and the more enthusiastic you can be about this, the better. Many merchants have had great success by talking in detail about their own experiences with a given product, including how that product makes them feel and with what they associate it.

If you’ve read anything about marketing in the past year then you’ve heard the word “authentic” beaten to death, but there’s a reason why: today’s consumer, especially Millennials, wants your product pitch to be, above all else, authentic. The more transparent and honest you are, the more likely you will close a sale online that will be completed in your store.

Fortunately this also means that the less effort you put into creating your content, the more your customer will believe it. If you make a video of yourself displaying your favorite item while explaining why you like it so much, just keep going even if you make a mistake or stutter or giggle, because if you’re telling the heartfelt truth your first take will probably sell the best.

Interestingly, your customers aren’t interested in “social media” opportunities from you. Four out of five don’t want your online competition, don’t need to express their feedback to you, don’t need to connect with other shoppers through you, and aren’t really interested in giving you advice.

But fully half of them want special deals because they “liked” your Facebook page or because they let you send them texts.

To today’s shopper those form an intimate – authentic – basis of a relationship, and what’s perhaps most fascinating about all of this is that it seems to be taking retail back to the fabulous department stores of previous decades.

In their heyday Macy’s and Bloomingdales provided an intimate, personalized shopping experience that made shopping a genuine pleasure and that made buying an extraordinary gratification. The stores sold self-fulfilling visions of the good life.

After a couple decades watching retail become a boring parade of sales peddling lifeless, mass-produced merchandise for the cheapest price possible, the pendulum may be swinging back. An executive of the award-winning English store Selfridge told PWC, “Mobile and digital are not gimmicks, but about solving problems and adding value to the customer…We should be using technology to understand who our customers are…[and] to enhance people’s shopping experience.”

Today that experience begins and ends online, but critically the sale itself is closed in your store. Customers research online, perhaps responding to your post or text if they already know you, and then they arrive at your door ready to buy. Be sure you can close the sale right then and there; one of the best ways you can do that is by offering a payment option that isn’t financing, that doesn’t charge interest, and that guarantees revenue to you. A lot of our merchants call it “in home layaway” and you can learn how to close more sales with it by clicking here or on the image below.

But don’t forget that your customer’s experience will end in the same place it began – online. If you’ve done your job you provided an authentic shopping experience, and today’s customer loves nothing more than bragging about her experiences. If you make sure to set her up with a great story to tell to her friends online, you’ll probably meet more than one of them when they’re also ready to buy.