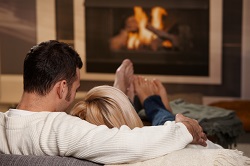 For many consumers purchasing furniture requires no small chunk of change, and since people always need beds, recliners, couches, and entertainment centers, you usually have to compete on price and promote interest-free or nothing-down financing.

That means you need to stock what will sell and sell what you stock, so knowing how government regulations, “cocooning”, and Millennials have changed the game can give you a competitive advantage, and so can original methods for closing the deal.

First, the government regulations. Upholstered furniture is eye-catching and more comfortable, but the National Fire Protection Association warns us that since “it takes approximately four minutes for a couch fire to engulf an entire room,” burning couches untreated with flame retardants cause one in five home fire deaths.

But that’s not the statistic most people know. Instead, they know that the industry-standard fire retardant TDCPP might be a carcinogen. It was listed as one by California’s widely referenced Proposition 65. This is particularly alarming considering TDCPP is commonly found in the foam used in many of our household items that people have constant contact with like sofas, pillows, and mattresses. Worse, a Duke University study of 22 mothers and 26 children found the chemical in every one of them.

The public response to the study was so intense that Duke created a foam-testing website for consumers to send in samples.

So know your foam. In the next five years more transparency will be the norm. Manufacturers and retailers will label products in greater detail with many construction and content information – like flame retardants.

The CEO of the American Home Furnishings Alliance, Andy Counts, told Retailer Now Magazine that “nearly 200 notices of Prop 65 violations were filed against furniture companies for failing to notify California consumers that furniture they purchased contained a chemical known to cause cancer” and that over the last two years “bewildered companies doled out tens of thousands of dollars in settlements.” 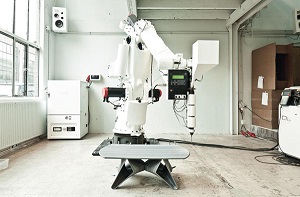 The future is almost here: someday soon, home furnishings merchants may use 3D printing as opposed to importing from overseas manufacturers.

Since living rooms already burst with the latest technology, from HDTV with surround sound to automated light and temperature settings, it’s not a stretch to expect the first printed furniture to appear in this room. We already have recliners with built-in speakers, refrigerators, and even gadget-friendly sofas with USB plug-in convenience.

And the trend toward “cocooning” where people “hide out at home rather than going out” continues to gather strength.

Home Fashion Forecast says “it’s about maximizing your comfort when you are home and bringing parts of the culture inside” – something easily accomplished with Netflix, Hulu, and basic television packages containing hundreds of channels.

And it’s not just the TV room. Consumers of all ages are using their beds for a multitude of reasons  – “reading nooks, home offices, TV stations, and of course dining rooms.”

Electronics stores are starting to move into your territory here, offering cocooning furniture along with the television and sound system.

Two Known Universes and One New One

Baby Boomers, Gen X and Millennials -- in that order -- have all the money. They have their own needs and tastes as well.

You’ve been selling to Boomers and Xers. But now the Boomers may be furnishing a room for their grandchildren, so they may look at children’s bedroom sets. And Gen X may be helping their children move into college or into their first apartment.

This year the new kid on the block, Millennials, may be the prime target for home furnishing merchants. The recession hit this generation especially hard – last year 40% of unemployed workers were Millennials – and so most are renters. They’re fiscally conservative and are getting married later than previous generations, so when they shop for home furnishings, they’re furnishing an apartment for themselves.

Since the economy is finally picking up again, more buyers from all three universes may come to your shop this year. They’re all wired, so when they arrive they probably already know what they’re looking for and about how much it should cost.

That means that while they’re in your store it’s critical that you capture the sale right then and there – especially if they’re “just looking.” One of our services can help you do exactly that. Without financing or interest, you can let your customer write two to four checks to be deposited over the course of the coming weeks. By following our service agreement, you can rest assured that your revenue from those checks is guaranteed (if one’s returned, it’s our problem and not yours).

And most importantly, you can let turn that “be back” into an appreciative customer, because she can take her furniture home today. We call this “in home lay-away”. Learn more here.