Auto Dealers: How To Sell Cars in Paradise!

Among the many fascinating things about Hawaii there’s this: while the rest of America drives less and less, Hawaiians drive more and more – in fact their average mileage is going up at more than twice the rate the rest of the country’s is going down.

This interests us not just because we belong to the Hawaii Auto Dealers Association and serve some of the best auto dealerships in the state.It matters to us because we see an opportunity here, and we believe it’s our job to make sure we help our customers seize it.But before telling you what one Hawaiian dealer has to say about our efforts, let’s take a look at driving in Hawaii.

They have plenty of road, believe it or not.  To be exact, they have 4,281 miles of it, which is just shy of the distance between Miami, Florida and Juneau, Alaska. And while they all wind around in an area the size of Massachusetts, this is what National Geographic magazine tells you to expect: 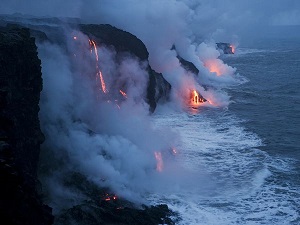 Hawaii’s varied terrain may be among the most photographed in the world. It’s certainly among the most varied. On the Big Island, from which Kamehameha the Great consolidated his rule over the Hawaiian archipelago in 1791, you can drive from the barren moonscape of the Kaʻū Desert to the Akaka Falls, whose mystical waters drop over four hundred feet into a mist-shrouded rainforest.

So there’s plenty to see, but since that’s always been the case it’s probably not the reason Hawaiians are driving more now.

It might be relief from watching the recession fade away. Hawaii didn’t suffer as badly as the rest of the country – their unemployment rate trailed the national average by a couple points and their median income sits $10,000 higher – but it got walloped too, and now it’s recovering strongly. Exports increased 60% over four years ago, for one thing, and the number of tourists has gone up every year since 2010, with over eight million visiting last year.

Entrepreneurs created 44,000 jobs over that same period – mostly in tourism, professional services and transportation. Since more people now have money, if we keep following it we might conclude that Hawaiians drive more because oil has declined so much. Oil affects all energy prices in Hawaii, since the state not only fuels its cars with gasoline, it generates 71% of its electricity by burning oil – every drop of which must be imported.

It’s working to escape this dependence – in fact, it already gets 2% of its energy from geothermal plants, compared to 0% for the U.S. as a whole, 3% from biomass and another 4% from wind, meaning that so far the state has moved almost a tenth of its energy supply to renewable sources. This desire is starting to affect the auto industry as well, as sales of alternative powertrains soar and Hawaii can boast that it’s one of four states in the union where electric vehicles make up more than 1% of their total.

Still, if 99% of your cars burn gas, the recent plunge that dragged a gallon of gas down to $3.00 or so in Hawaii, which is cheap for them, probably had some impact on driving habits. While U.S. auto sales increased 4.6% last year, sales in Hawaii went up nearly twice as much.

How to Sell Cars in Paradise 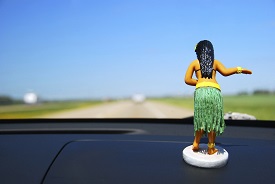 Which brings us to our customer. He’s a long-term customer, actually, because over nearly two decades he’s brought us into each dealership he’s worked with.

Now he’s the General Manager of a brand new partnership focused entirely on high-end pre-owned vehicles – usually less than two years old and with fewer than 30,000 miles. One can imagine that he has identified a perfect sweet spot for people emerging from the recession. They might still be financially weary, but they also really want to start living like they’ve left the recession behind.

A good price on an almost-new luxury car might be exactly what they’re looking for. From where we sit, that seems to be the case: he and his partners hit the ground running. When we got his call he was ready to move as of yesterday:

From the minute I called [you] to set this place up – and I’m not your typical dealer franchise model – within two days I had the machine and within 72 hours I was online doing business with you.

The Secret to Fast Success 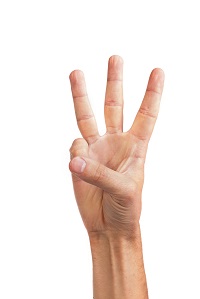 He needed us for three excellent reasons.

The first is practical: our system is easy to use. Since we designed it to facilitate payments and to stay out of your way while you’re closing deals, this is exactly what we like to hear from our customers:

You guys have made some really great changes to your software. It’s very user friendly.

The second is tactical: he knew that we would help him close sales.

Most dealerships accept checks, for all the obvious reasons, and we get a lot of business from dealers who already use a different check verification company but who get too many declines.

We take care of those people with our Plus Sales system, where they can have us guarantee a good portion of those checks. Inevitably, these businesses become customers, and so it’s no wonder that someone who already knows us just installs us from the get-go.

Put simply, our client sells more cars with our system in place, and for any entrepreneur that matters more than anything.

We’ve been doing this for thirty-two years, and we have a great deal of information and experience our competitors don’t.

Our client explains what this means to him:

[Your service is] for looking at potential offers and making them happen even if they’re a little gray. You have the business model that makes that work. You obviously have a proprietary database.

And the third reason is ambition: our client needs a reliable partner.

When you’re running your own business you need to protect your time above all else, so you need a vendor who responds to you quickly and delivers solutions right away.

Not only does it save time, it puts you in a healthy frame of mind. Here’s what he had to say about Charles Dortch, our Senior VP of Sales:

He’s done a great job for us. He always takes my call.  Our business is basically a business of relationships and networking and handshakes. He’s a man of his word. You guys have done a great job and Charles has been a great ally and I really appreciate it

We appreciate his business just as much, and we’re confident he’ll take care of his customers as they drive more and diversify their demands.

We’re just as committed to the over 10,000 dealerships we serve nationwide. Not only do we belong to the Hawaii Automobile Dealers Association, we belong to NADA affiliates in twenty-five states. If you’re ready to work with a partner that can help you take your business to a higher level, give us a call.