Gratitude comes easily when business is abundant, but it’s difficult to generate when business is as scarce as it has been for the past several years. Of course you’ve been thankful for the business that did come your way. But, as any auto repair shop manager or owner knows, that can be lost to the fear that it won’t be enough.

Wouldn’t it be amazing if an “attitude of gratitude” could actually create business? If that was possible, a positive feedback loop might ignite to not only carry you through this sluggish “jobless recovery” but to set you up for long-term growth. 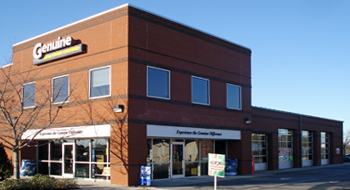 Well, CrossCheck customer Genuine Car Care Center in Kernersville, North Carolina seems to have accomplished exactly that, and it’s worth the time to see how they did it.

Kernersville typifies middle class communities nationwide, with possibly one difference: the town is overrun with kids.  Located between Winston-Salem and Greensboro, it’s 23,123 citizens need five elementary schools, three middle schools and two high schools to serve the young people living in nearly one out of every three households. They also have a farmer’s market all summer long, free concerts at their Honeybee Festival in August, and they hold their Peyton Parade every September. Classic America.

Genuine Car Care opened its doors there in 2006, when things seemed a lot rosier than they actually were. Nationwide four out of five businesses fail before their eighteenth month, but owners Gary Fowler and David Ciener cruised past that mark – only to get walloped by the recession in their second year of business.

North Carolina had it worse than the rest of us. While the nation as a whole endured a painful-enough 6.6% decline in median income between 2000 and 2012, theirs declined over 10%. The state’s recovery since the official end of the recession has been slow and uneven. Three out of five jobs created in the last five years pays the minimum wage or only slightly better, hardly a robust foundation for a vibrant future.

Over that same time frame, however, Genuine not only survived but it opened a second shop.

True, prior to helping start Genuine Car Care Fowler ran a Ford dealership, so he knew a few things about the car business. Also true is the fact that Ciener’s father, the late Paul J. Ciener, bequeathed land to the town to build a botanical garden that is now one of the biggest tourist draws in the region.

Something else was at work.

The CustomerLink review explains what:

You guys are always fair and courteous! I am a female and sometimes have felt intimidated by mechanics who are always after your money. [But I] do not have to worry about these guys taking me to the bank.

Also, having the three payments option makes expensive car repairs affordable for me.

I am so glad this place was recommended to me. I drive all the way from Mebane for all my repair needs and do not think of going anywhere else.

Thanks for all you do! God bless you and your business.

Simply put, people trust Genuine Car Care. Across hundreds of reviews they earn a 4.8 out of 5 star ranking – ridiculously good and nearly impossible to maintain over several years of comments.

On page after page of reviews, a large portion of their customers make the “I am a female” comment and then go on to explain how grateful they are for Genuine’s honest service. One can only imagine how many of the females writing reviews in 2014 were sent to Genuine by females who wrote reviews in previous years.

Judging by the volume, it’s probably significant, and it will probably have a significant compounding effect that will drive revenue well into the future. And that’s just the self-declared females – the majority of 4- and 5-star comments were written by people who don’t identify themselves as either men or women.

You cannot buy marketing like that. You can only earn it.

Genuine earns its customer’s advocacy in a second way.

The “three payments option” this reviewer mentioned – the one that “makes expensive car repairs affordable” – Is CrossCheck’s Multiple Check or hold check option.

It enables a shop to offer a payment solution that does not require financing or a credit check. The customer may write up to three checks to be deposited over time; that way, the repairs can be done today while the payments can match the customer’s cash flow. 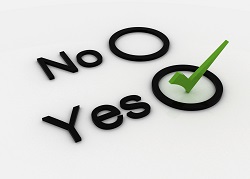 “We put it in the conversation right from the beginning,” Fowler explained. “It takes the ‘no’ away because we’ve already got a solution for them.”

He told the story of a 77-year old woman who had to work to make ends meet, which is the sort of distressing story we hear all across the country these days. She needed a car repair, couldn’t afford the entire bill all at once, and immediately took advantage of the Multiple Check option.

It works for Genuine, too, because when the customer tenders those checks Fowler verifies all of them right then and there, and CrossCheck guarantees them. Should any of them be returned, including the ones deposited in the future, Genuine gets paid anyway and CrossCheck handles the problem.

“It takes the ‘no’ out of the sale for us, too, because the checks are all approved in advance,” Fowler explained.

“We love the service and we recommend it to others, especially in bad times,” Fowler said. “There are shops struggling out there that may not need to be.”

Since it lives by outstanding customer care and innovative customer-centric payment options, Genuine earns gratitude and continuous referrals, enabling them to serve loyal customers over and over while expanding their base.

So is that all it takes to ignite that positive feedback loop?

After every positive review Genuine Car Care General Manager Don Kramer completes the loop like this:

I can only say thank you, for both the heartfelt review and your continued business.