When “Insufficient Funds” is Check Fraud – And When It’s Not

Ask any business owner why she accepts checks and she’ll probably point out a few critical facts: Baby Boomers, who make up 44% of the population, hold 70% of disposable income and buy 49% of consumer goods. They also write checks more often than any other demographic, which helps explain why checks account for 33% of the value of all transactions in the United States – even in an era of proliferating digital payment innovations.

She’ll explain that she sets out to establish referral-generating relationships with her customers. She treats them like royalty the moment she meets them and follows through to the end of the sale when she asks for a referral or a nice comment on her website.

When It’s Not Check Fraud

The last thing she wants to do is reject their preferred form of payment. And there’s obviously something about writing checks that appeals to people. Perhaps it’s the physical control one has over the process. Writing a check requires you to put down the recipient’s name and the amount in no uncertain terms, and tendering it to your counter party gives the transaction the aura of an interpersonal exchange.

She’ll explain that the way checks are processed may also appeal to people. Despite the fact that practically all of them are digitized by the recipient shortly after they are received, it still takes two to three days for them to clear. So when someone tenders her a check it’s either good or it will be good by the time it clears, allowing the customer to close business with her today and cover the cost tomorrow. 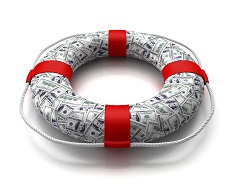 And she knows that often the customer has overdraft protection, allowing him to write a check for more than his account holds since he knows that the bank will cover him for a fee. Overdraft protection originated as a service for wealthy bank patrons, but now many people use it as a convenient and affordable form of credit, one that is usually far less expensive than the 15% rate charged on most credit cards. (Recent media claims that banks use the fees to squeeze their poorest patrons focus on aberrations – in fact, one young patron charged several fees in one day recently won a claim against Bank of America, getting them reversed.)

Most often, people overdraft their account on purpose, and 74% of people who do so do it fewer than four times a year. When they do it, it’s not check fraud.

If she receives a returned check due to insufficient funds, she assumes her customer does not have overdraft protection, or that he made a mistake and invoked it beyond his limit. That’s not fraud, either, so she calls or writes and politely asks to arrange a remedy. Usually this does a lot more than secure payment – her generous and respectful behavior cements the relationship, and turns her customer into an advocate.

But once – only once – she accepted a check, called politely when it bounced, and discovered that the phone number was disconnected. She called the bank and asked for an “enforced collection” so that her check would be covered with the next deposit. But no deposits came. Left with no alternative but pursuing the check writer in court or hiring a collection agency, she had learned a hard business lesson. She was the victim of check fraud.

Now she doesn’t just accept checks based upon the customer’s personality and nice clothes. First of all, she knows how to examine one to make sure it’s not fake. 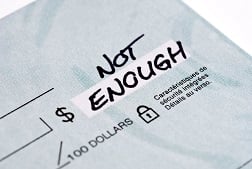 Under no circumstances does she want to reject someone’s check in error. What could be more insulting than to tell her customer – one who may potentially become a long-term source of business and referrals – that her verification service thinks he’s passing a bad check? He would almost certainly storm out, costing her time, the sale, and the potential.

What You Can Do Now

But CrossCheck has something even better: we don’t rely on public records alone. Over our thirty years of experience we’ve collected an extensive proprietary database, and have developed industry-leading analytical algorithms.

We bring it all to bear on every check you submit for verification, and we’re so confident in our approvals that we guarantee them. Make sure all the work you put into a sale falls to your bottom line. Learn how here.