Steve Jobs may be better known for reinventing Apple, but he also had another vision in mind to guarantee success when bankrolling Pixar in its infancy.

Ever since Toy Story debuted Thanksgiving weekend in 1995, Pixar has become one of the most successful film studios in history. They started the computer animation craze that has dominated the entertainment industry over the past two decades. Besides Woody and Buzz Lightyear in the Toy Story franchise, the company has created some of the most beloved characters in film history, including Lightning McQueen from Cars, Mike Wazowski  from Monsters, Inc., and Dory from Finding Nemo.

The animation giant began as a small group of software developers working on computer graphics at Lucasfilm, developing commercials for Life Savers and Listerine. Through time, though, the creative team became more ambitious, continued to utilize improving technology, and developed feature length masterpieces, like Toy Story. But that’s not all they learned to master. Here are 3 things you can learn from Steve Jobs and Pixar guaranteed to launch your business to infinity and beyond:

All Right, Stop, Collaborate and Listen 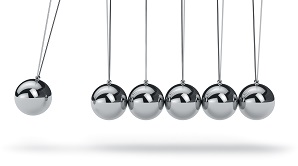 Upon entering the front door of Pixar’s headquarters, the first thing visitors see is the massive atrium, sandwiched between the game room, cereal bar and Luxo café, appropriately named after the signature lamp and its first short film, Luxo, Jr. This centralized location was specifically designed by Steve Jobs so people could mingle with those they might not otherwise see, to spark even more creativity and collaboration. Story editors, artists, directors, and executives can often be found lounging on couches, acting out scenes, or grabbing lunch together, sharing ideas. Even the main restrooms’ locations at Pixar were built for collaboration – because they’re built near the atrium, where collaboration is encouraged.

Unless you are re-building your place of business or considering a major rennovation, constructing a Pixar like atrium may not be feasible yet. However, collaborating is free and comes in the simplest forms. To promote collaboration you need to build trust among group members. To do so, consider having one group member lead a short team-building exercise in a weekly meeting. Teampedia is loaded with exercises, particularly Two Truths and A Lie. Group members will laugh, cry, and in this case, lie. It's all in the name of getting to know your teammates and building the trust necessary to feel comfortable sharing ideas. Start simple and you'll be collaborating on multi-platform, multi-channel, billion dollar ideas that will finance the build of your collaborative hub in no time.

When Pixar Makes it Rain, Everyone Sells …

Pixar has conquered the merchandising game, especially with its most popular characters. Characters include the cast from Toy Story, Cars, Finding Nemo, and The Incredibles being placed on product from clothing, books, and computer games, to Happy Meals, character shaped macaroni and candy. The company licensed and sold enough merchandise to help spur the making of their first sequel, Cars 2. To that point, why else would Disneyland build Cars Land if not for the success of merchandise sales? You can expect each new Pixar film to be co-marketed with other partners such as Target, Wal-Mart and Best Buy selling limited edition DVD and Blu-ray sets because Pixar knows these retailers are prime locations for one of its target segments – good old mom and dad.

Maybe you’re an auto repair shop that guarantees your oil change service is the least expensive in town and completed for customers within 20 minutes. Why not market your services and guarantee to a potential consistent flow of customers like college students? These young car owners know oil changes are important to extend the life of their vehicle. Plus, this customer base is looking for cost-effective solutions. Taking out an ad in the college newspaper, on Facebook, on a university website, or offering discounts at popular hangouts you know students like to gather, such as sporting events, can be just the competitive advantage you’ve been looking for to earn new sales and open up a new target market. Now, because you know you have a captive audience during each 20 minute oil change, offer the same advertising opportunity up to the groups you advertised with. In fact, consider trading advertising for advertising.

Salespersons have most likely heard the acronym, A.B.C. (always be closing). Well at Pixar, “always be learning” is a mantra for animators and story teams to perform extensive research in the development of a film. For example, Pixar’s Chief Creative Officer, John Lasseter, required his team to become scuba diving certified for Finding Nemo, visit garbage dumps to get the authenticity for Wall-E, and watch NASCAR at Sonoma Raceway for Cars 2. It’s even common practice for everyone from artists to janitors at Pixar to take drawing classes. 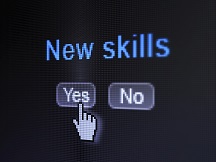 How can your staff learn and become better at their jobs? Bring in a sales or customer service expert to speak with your staff. Not everyone can afford Tom Peters, but before he was delivering $50k keynotes he made the local rounds to learn what the market needed and to grow his brand. Mine local sales training talent and maybe you’ll get a nugget like this one. In Tom Peters’ book, In Search of Excellence, he was the first to say one formula for success is to under promise and over deliver. What does this mean? One of your customers wants their custom lumber order delivered in 4 days. You know 5 days is the standard delivery time for such orders. Fight the urge to over promise and under deliver, and instead, tell them it will take 5 days, but offer to write off the first delivery charge for a job you know will require multiple deliveries. Now that’s a guarantee for happiness and word of mouth will only lift your customer service ratings!

One thing people can be confident about with Pixar and its future films is that these films will be around for a long time for fans to enjoy, yet another guarantee, if you will. What do you guarantee for your customers? Is it low prices, the best selection in town, a reliable return policy?

CrossCheck's standard check guarantee is as fullproof as Lightning McQueen winning multiple Piston Cups. If an approved check is returned, we fund your account. Read more to see how check guarantee can mitigate risk at your retail business.