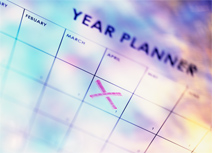 Do you feel it? Home furnishing sales are coming back with renewed energy and excitement. It's time to get out there and see what's new at home furnishing events and markets. We're getting ready to meet and greet new and existing clients at the Las Vegas Market, taking place at the end of this month. If you're attending, stop by the Retail Resource Center and see us. (We're giving away an iPad mini!) We'll be there along with the Western Home Furnishing Association (WHFA) and the National Home Furnishing Association (NHFA).

There's lots going on in Vegas and throughout the country in 2013 for designers, decorators and home furnishing and accessory retailers. Here's a list of some notable events for the home furnishing industry this year.

Tell us what events you're planning to attend to this year and if there are others we should include in our list. Have a great market!