Posted by Andrew Donahey | Fri, Dec 09, 2016 @ 07:00 AM
Will virtual reality be the epic, sales and marketing game changer that every auto industry pundit is predicting? Only time will tell, but the early returns are highly promising across many industries, and not just video gaming. For the purposes of this article, let's take a look at how virtual reality is being used in the auto industry. 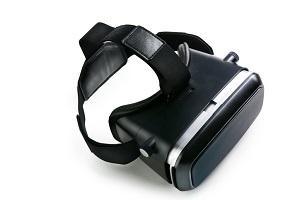 What is Virtual Reality?

Virtual reality (VR) is the interaction between a computer-generated simulation of a 3-D image or environment and a person using special electronics in a nearly real or physical way. Examples include Oculus Rift, PlayStation VR, Samsung Gear and other proprietary headsets.

In layman's terms? … It may be better to see an example of one than to read about it. Here is a video of a woman "riding" a roller coaster using a VR headset:

Audi has taken the early lead in VR when it comes to consumers wanting to virtually experience the car of their dreams. The company made its first VR presentation via headset at the North American International Auto Show in Detroit in early 2015.

Audi's next iteration of VR became substantially immersive given its size of over 16 x 16 feet when it debuted UTR at the 2016 CES (Consumer Electronics Show). Where available, both VR versions allow consumers to experience the sights and sounds of any Audi model in virtually every driving condition known to man.

Virtual Reality in Design and Engineering

Ford is the leader in the clubhouse when it comes to using VR for the design and engineering of automobiles. They formed the Ford Immersion Lab, a virtual reality playground for designers and engineers that has cut the car manufacturing process in half, from six years to three. How?

By enabling global, real-time, simultaneous collaboration on every facet of auto manufacturing, they are able to examine new car design proposals faster and more thoroughly, avoiding potential flaws before they occur. With VR, Ford also doesn't have to create physical prototypes of every proposal or product iteration being considered because they can be modeled and tested in a virtual environment first.

Using Immersion Lab, Ford also believes it can identify a global understanding of consumer needs that may lead to less regionally designed and produced autos.

Nearly all auto manufacturers, not just Ford, use VR for safety testing in the quest to save motorist lives.

When it comes to the continuum of producing cars, from design to purchase, two objectives matter: profit and safety, and not in that order. Toyota is the forerunner in this realm with their TeenDrive 365 program, and in particular, their Distracted Driving Simulator. Using Oculus Rift's VR headset, drivers can practice staying focused on the road despite distractions the program throws at them.

Kudos to Diageo brand Johnnie Walker for their VR work regarding drinking and driving. They put together a sobering VR experience that should be watched rather than written about:

Don't worry, if it's a valuable communications tool, marketers will ruin it, so let the ruining begin. Anywhere, anytime, in any context, under any circumstances right or wrong, you will be inundated with ads in the virtual environment. You will accidentally touch, not click, an auto ad while playing your MMOG. And guess what? …  When you are doing your grocery shopping via VR, you will see the ad there too, and everywhere else you use VR. Enjoy!

CrossCheck has its own version of virtual reality that allows you to do your check processing from the comfort of your desk. It's called Remote Deposit Capture and it means no more trips to the bank to deposit checks. Curious about how much money that could save your auto dealership? Click on our RDC Calculator to find out!

Marketing Director Andrew Donahey leads a dedicated group of digital marketing specialists that generates relevant content for the financial services sector. He also collects vintage “anything” and has a Golden Retriever kennel.