In April, CrossCheck participated in TRANSACT 2018, the annual conference for the Electronic Transactions Association (ETA), a global trade association representing more than 500 payments technology companies. We were one of more than 200 exhibitors on the 50k square foot trade show floor. In addition, there were 40 educational sessions with about 120 speakers. CrossCheck has always been active in the ETA and we helped found its predecessor, the Bankcard Services Association, so we were present at the beginning.

Editor’s note: this is the final installment of a four-part series. See the earlier blog articles for details about new offerings at TRANSACT, educational seminars, exhibitors and networking opportunities.

The Early Days of Payments Technology

A bit of historical perspective here, starting with the BankAmericard in 1958. Yes, there was Diners Club before that, and of course store cards, but the BankAmericard was the first general-purpose, open-loop card that allowed consumers to revolve their balances. It was a chicken and the egg problem for Bank of America (B of A) because merchants didn’t see any need to take a card for payment and pay a fee for doing so when cash and checks worked just fine. Besides, nobody was coming into the store with a credit card. 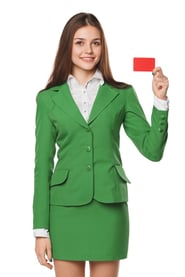 The bank realized that to gain traction they would have to quickly get a lot of cards in the hands of consumers, but how would they get their account holders to apply for a card? The result was a risky move, but it worked. In what became known as the “Fresno Drop,” B of A just mailed out tens of thousands of unsolicited cards, ready to use, with a preexisting credit limit. The account holders could use them right away if they could find a merchant to take them. Apparently, people were more honest back then.

In those early days, the merchant would put a multi-part carbon paper form into a device called a “zip-zap machine,” or more accurately, a “knuckle-buster,” which would imprint the raised numbers on the face of the card on the forms. The merchant would take the forms to the bank where it would be read optically, then someone would manually check the number against known fraudulent accounts. This took days.

While IBM invented the magnetic stripe (aka “magstripe”) in the early sixties, it wasn’t until 1980 (!) that the price of the magstripe technology became acceptable to Visa. Then the card could be swiped through a card reader and sent to the card issuing bank, which could approve or deny the transaction in seconds.

Another enabling event was the rapid growth of credit cards: U.S. credit card balances grew from $9 billion in 1973 to $796 billion in 2011, so that solved the other side of the chicken and egg problem, as most merchants realized they had to take credit cards at the point of sale. Now, how were they going to get the card readers and terminals? 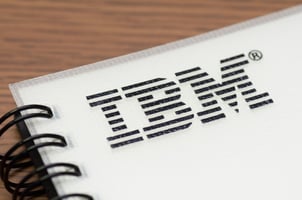 In the early days, Visa and MasterCard were owned by the principal banks. But the reality was that they were controlled by a small number of very large banks, because card issuing is a business of enormous scale and you would have to be able to issue millions of cards to be a player. The Associations, as they were called, were focused on the card issuing business and this created a vacuum around the merchant side, called the “merchant acquiring” business. Nature abhors a vacuum, and so a new industry was formed for people who walked the streets and knocked on doors and signed the merchant up for a card processing account and sold, or leased, terminals and printers to make it work. These people typically worked for a “processor” or an “independent sales organization” (aka “ISO”).

The Marketing of Payments Technology

In those days, it was difficult for an ISO to learn the business. Their processor could talk to their sponsoring bank, but the ISO could not talk directly to the bank or indeed to anyone at Visa or MasterCard, so the ISO rep was pretty much in the dark except for sticking to their rote script.

At that time (1983), Timothy LaBadie, the founder of CrossCheck, started a publication called The Green Sheet as a resource for ISOs to get training and industry knowledge about the acquiring industry. The Green Sheet is still going strong, and you can get a free subscription from the website. The Bankcard Services Association morphed into the ETA which is now primarily focused on the card brands, the large processors, and the vendors who provide hardware and software in this space.

The Evolution of TRANSACT 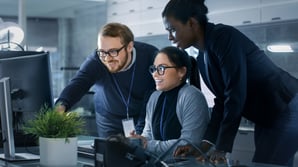 Today, the ETA show is very different from even just a few years ago. For many ISOs, the ground is shifting underneath their feet. There are a number of changes happening simultaneously in what we used to call the “merchant bankcard” industry right now, and it is difficult to keep track of all of them.

If I could synthesize them into one statement, it would be that the POS system is becoming the hub for all commercial services: payments, e-commerce, third-party delivery, time and attendance, inventory management, customer retention/loyalty, payroll and account management, and more.

The Evolution of the ISO

ISOs are now in the software business. What’s important is how the software integrates everything behind the scenes. Instead of just selling terminals, the ISO now signs up the merchant, adds software, and arranges for the configuration and data integration. For example, right now the merchant just wants one tablet for all apps, instead of using as many as six; this is a big opportunity!

Today’s ISO is also selling business consultancy. In addition, the ISO needs to think about scalability of whatever software they propose as well as regulatory compliance.

The consumer adoption of technology is reinventing the POS from another angle: consumers go to Yelp, Facebook or Pinterest to choose which merchant they want to do business with. Consumers are changing their buying patterns; they hyper-adopt and hyper-abandon, which means the merchant has to improve the CX/UX. Omnichannel and conversational commerce will play a role here.

Merchants will need to create an app-like experience on their mobile web interface, but first the checkout process has to be simplified. There should be no more than three output fields in the check out, and there are too many form fields for the input phase (some merchants have as many as 10-15 form fields). There was a lot of talk about this being the year of the mobile wallet, which up to now has had miniscule consumer adoption. 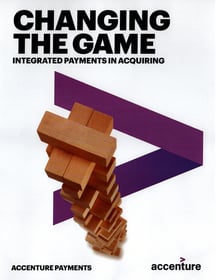 One speaker at TRANSACT said retailers should now think like platform companies — by focusing on the consumer, using more agile systems that are more customer focused. Then there is the whole question about the digital identity of the consumer, and the importance of privacy in managing this. Consumers are more educated and they’re doing their homework before the purchase. The downside of this is that there are almost too many choices and too much complexity for the ISO rep to deal with. Merchants are curious about Blockchain, internet connected devices, cross-border payments, and in-car payments.

Furthermore, SMBs want to be able to compete with Walmart, Amazon and Target. The next wave of e-commerce will involve artificial intelligence (AI), including facial recognition, so you will be able to check out with your face, not your cellphone.

Here is a quote from “Changing the Game: Integrated Payments in Acquiring, ” an Accenture publication distributed at TRANSACT, that does a good job of explaining what is happening:

“Software developers are realizing that payments is where the real economic value lies for them. In many cases, they can double their revenue as a result. … Developers can [refer merchants to traditional acquirers or become] ISOs or payment facilitators that are more centrally involved in payments processing. … The reality is that software developers are rapidly emerging both as a new distribution channel for acquirers and a completely new and formidable category of competitors. … This is a fight-or-flight moment that calls to mind e-commerce in 1995 [when] many acquirers stood still. There is every indication that integrated payments will evolve on a similar trajectory. Now is the time for acquirers to lean into the growth. It is a second chance to transform themselves — before the industry transforms around them.”

This powerful summary provides the backdrop to the 2018 TRANSACT show. Next year should be even more interesting.

CrossCheck greatly values the ISOs who market our check guarantee services to US merchants. Consequently, ISOs can make the most of the lifetime residuals and other CrossCheck benefits: