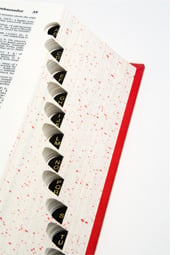 IRD - Image Replacement Document. Also known as a substitute check, an IRD is an electronic image of the original paper check that conforms to the requirements set forth by the Check Clearing for the 21st Century Act (Check 21). Because of Check 21, IRDs act as the legal equivalent of the original paper check and enable financial institutions to settle check transactions.

ISO - Independent Sales Organization. An ISO can be a one-person operation or a large organization that sells merchant services on behalf of a single acquirer or several processors and acquiring banks. In addition to bankcard services, ISOs may sell payment equipment, check processing services, gift and loyalty cards and software.

MCA - Merchant Cash Advance. A merchant cash advance is an agreement between a company and a merchant to have a percentage of the sales be directed to the company in exchange for a lump sum payment. Merchant Cash Advances are used by merchants who may have trouble obtaining a bank loan thus the percentage of the MCA will be higher than the interest rate on a conventional loan.

Merchant acquirer - Also referred to as an acquiring bank, merchant bank or sponsor bank, an acquirer is federally insured financial institution responsible for connecting merchants to the credit card authorization and settlement systems.

MICR - Magnetic Ink Character Recognition. MICR is a character recognition technology used primarily by the banking industry to facilitate the processing of checks and makes up the routing number and account number at the bottom of a check. The technology allows computers to read information (such as account numbers) off printed documents. MICR also allows banks to easily process large numbers of checks.

MOTO - Mail Order/Telephone Order.  MOTO accounts, also known as card-not-present (CNP) accounts, may have higher rates than POS accounts with the consumer present.  Because the signature is not required with MOTO accounts, these accounts are generally higher risk.

NFC - Near Field Communications.  NFC is a short range wireless technology that is often used in mobile and electronic payment transactions.

Overdraft - a check or draft that is in excess of the account balance.